Aloha to Liz Talley and CHARMINGLY YOURS 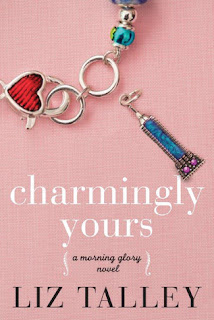 Yesterday I met an engineer from Jackson, Mississippi.  I shared stories of my father growing up in the Magnolia State.  How appropriate to host Liz Talley today ...

For Rosemary Reynolds, life in tiny Morning Glory, Mississippi, is just like the fabric store she runs: it seems she’s always waiting around for someone else to make the first stitch. Then a dear childhood friend passes away, leaving behind a gift that sends Rosemary on a once-in-a-lifetime adventure.

Despite her mother’s protests, Rosemary heads to New York City for a stay in her cousin’s trendy SoHo loft. On her first day in town, a wrong turn leads her to Little Italy…and into the arms of handsome, outgoing Sal Genovese. Sal’s mother wants him to marry a longtime family friend, but to him, Rosemary is a breath of fresh country air, and he’s happy to show her a good time. Soon, Rosemary is swept up in a world she thought only existed in movies. To turn a two-week fling into a forever thing, she and Sal will have to make every moment count. 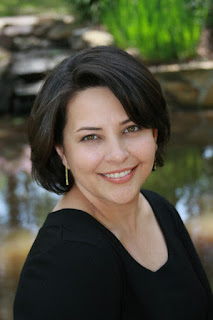 Liz Talley is the author of sassy contemporary romances, including the RITA-nominated The Sweetest September. A finalist for the Romance Writers of America’s Golden Heart Award in the Regency romance subgenre, she made her debut in contemporary romance in June 2010 with Vegas Two-Step. She went on to publish fifteen more titles. Her stories are set in the South, where the tea is sweet, the summers are hot, and the men are hotter. She lives in northern Louisiana with her childhood sweetheart, two handsome children, three dogs, and a mean kitty.

Liz is hosting a special giveaway at this link ... and offers an excerpt from CHARMINGLY YOURS ...


Flip-flops had never been her favorite shoe choice. The slap-slap-slap of them against her foot set her teeth on edge. But that was all that was available at the bodega right outside the hotel’s back door.

Unfortunately they were a bright yellow with a neon orange flower. They looked like a nuclear explosion of sunshine.

“They’re not that bad. I kinda like them,” Sal said as they exited the store, her broken sandals swinging beside her in a plastic bag.

“You either have appalling taste or are color-blind,” she said.

“There’s an insult hidden in there somewhere. I’m going to plead color-blind … even though I’m not,” he said, looking around. “You want to go do something else?”

“It’s nearly midnight,” she countered. She didn’t want the night to end, but she could feel exhaustion descending. Flying solo to JFK, surviving the subway, and dancing beneath the Manhattan sky with a hot guy she’d met only hours before was quite an adventure for a gal who went to bed at ten o’clock every night.

“Been a long day for you, I suppose. Probably need to get you home and in bed.”

Her stomach flipped over at the thought of bed. And Sal.

He’d look good sprawled on the white sheets her cousin had put on the queen-size bed. The image of his tan skin and inky hair, mussed from a night of lovemaking, made Rosemary swallow. Hard.

She wasn’t the kind of girl who picked a guy up for a one-night stand. On the contrary, she’d made Judson Hall, her college boyfriend, wait for three months before she’d even let him slide a hand into her jeans. It had taken six months and a pack of birth control pills before she’d gone all the way with him in his room at the TKE house, door barred and triple locked. Sex was a big deal to her and she didn’t need his scuzzy roommate trying to catch a glimpse.

“I know. Jackson’s in Mississippi.”

She smiled, lifting her gaze to his. “Thank you for bringing me here. I’ll never forget tonight.”

And she wouldn’t. When she was on her deathbed, she’d probably remember the way he smelled, the way he held her, and the way they’d talked for hours. The impromptu date had been magical from the moment she’d stepped inside Mama Mello’s until the purchase of her ugly flip-flops.

“Yeah, me, too,” he said, brushing a piece of hair behind her ear.

Oh, God. Was he going to kiss her?

Part of Rosemary wanted to step away, because a woman like her had no business kissing a guy like Sal. The other part wanted to jump into his arms and say to hell with being proper. This was why’d she’d come to New York City, why she’d gone dancing with a perfect stranger. This was the part of herself she was here to unleash.

Her heart pounded in her throat and suddenly her mouth went dry. She licked her lips. He watched her lick her lips.

Slowly he leaned toward her.

He was going to—

Suddenly he pulled back.

“Weren’t you going to kiss me?”

He gave a self-conscious laugh. “Well, I was, but I wasn’t sure.”

“Whether you wanted me to or not. I mean, you’re a nice girl.”

Rosemary sighed. “Nice girls like kisses, but if you’d rather not, I under—”

She couldn’t finish because his lips had covered hers. Then his arm swept her to him, enveloping her in his total maleness. His other hand cupped her jaw, tilting her head.

The kiss was sweet, nearly innocent, but she felt it all the way down to the toes beneath the orange daisy.

He lifted his head and met her gaze, his dark eyes questioning, revealing a teeny flash of something. Something she wanted to know more about.

But he lowered his head again, capturing her lips, nudging them apart so he could taste her better.

Liquid warmth pooled in her belly, drenching her in sweet instantaneous desire. Maybe it was the wine. Or the fact she’d danced to Etta James and Nat King Cole standards. Or maybe it was the seduction of the city, but she’d never felt such an immediate flash of all-out need.

She needed this man. 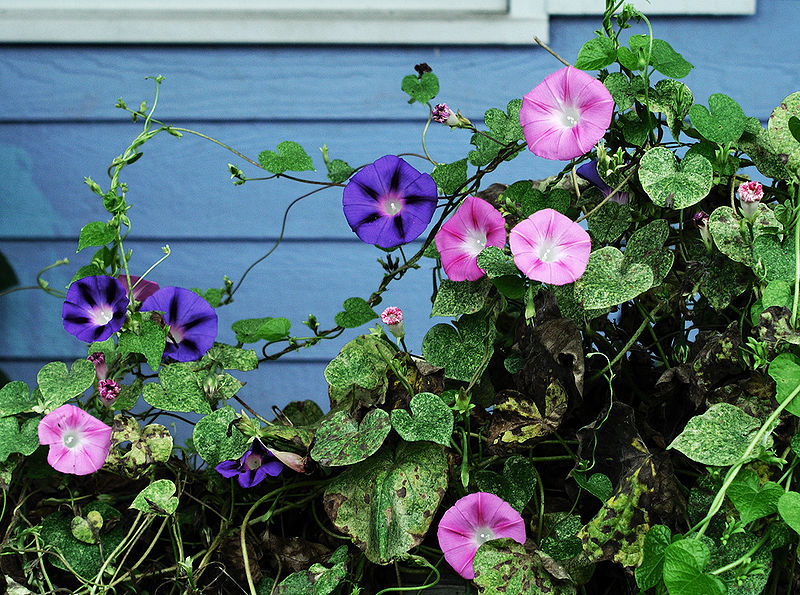 Morning glories by Piccolo Namek
Creative Commons (link)
Posted by Kim in Baltimore at 12:00 AM