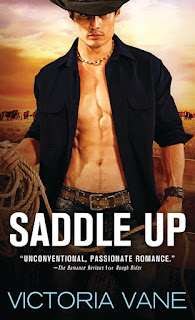 WILD HORSES COULDN’T BRING THEM TOGETHER...
With exceptional talent and looks, cowboy “horse whisperer” Keith Russo once had the world at his feet — until his career was unwittingly destroyed by an aspiring filmmaker. After being rejected by his family for exploiting his Native American heritage, Keith has no choice but to turn back to his humble beginnings as a wild horse wrangler.

BUT MAYBE THEIR PASSION CAN...

Miranda Sutton always dreamed of making films, until wild mustangs captured her heart. But turning her grandmother’s Montana ranch into a wild horse sanctuary proves harder than she thought. She needs someone who knows wild horses. Keith and the mustangs need each other. And while working together to save the herd, Keith and Miranda discover a passion as wild as the mustangs they love. 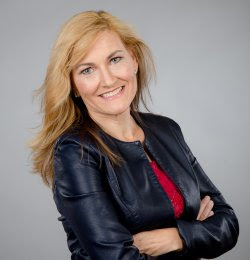 Mustangs are descendants of Spanish colonial horses that were brought to the Americas by Conquistadors in the 16th century. Their name was derived from the Spanish word mustengo, which means "ownerless beast" or "stray horse." In the wild, these horses bred with other types of horses, including quarter horses and draft horses, to create the wild horse breed we know today.

... and an excerpt from SADDLE UP:

“I can’t believe this whole experience,” she said. “It’s like a weird dream. Do people really live like this? With poisonous snakes and horse-eating lions?”

“Where I come from they do. We coexist with many predators, including wolves and grizzlies. I thought you said your grandparents have a ranch. Didn’t you ever encounter any wildlife there?”

“It’s actually just my grandma’s now. We rode horses and played around with the cattle, but I never experienced anything like this before.”

He chuckled. “You aren’t in Kansas anymore, Dorothy.”

“Funny you said that. The Wizard of Oz is my favorite film. I’ve watched it thirteen times, part of which was a twenty-four hour marathon.”

“I don’t understand you.” He shook his head with a wry smile. “How can you watch the same film over and over when you already know what’s going to happen?”

“Because every time I watch it I focus on a different character and try to experience the events through his or her eyes. It’s all about the journey, not the destination.”

“Which character do you best identify with?” he asked.

“Well, usually it’s usually Dorothy, given that we’re both country girls and my experience in L.A. was all too much like hers in Oz, but I have to admit that tonight I’m identifying a lot more with the cowardly lion.”

“If that’s so, I have something that might help.” He reached beneath his shirt for a leather cord that he pulled over his head.

“A grizzly tooth. It was my boo-ha-gant.” He slipped it over her head. “Now it’s yours.” He smiled into her eyes. “It will give you courage, but you must keep it secret, or it’ll lose its powers.”

“Courage? So this is really how you killed that snake? Won’t you lose your superpowers without it?”

“No.” He stroked a finger along her collarbone above where the tooth lay nestled between her breasts. “For the record, you have yet to know my true superpowers. We were interrupted before I could demonstrate them to you.”

Her face flushed. “You do think a lot of yourself, don’t you?”

He brought his finger back up to her mouth to trace her lips. “Let’s just say I wouldn’t have disappointed you.”

But disappointment reflected in her eyes. “Well, I guess we’ll never know now, will we?”

“No,” he replied, regretfully. “We never will.” He wasn’t likely ever to see her again, but in their short time together he’d opened up more with her than he had with anyone else in years. “Are you sorry you came?” he asked.

She exhaled a soft sigh. “No. Even with all that happened, I’m still glad I came.”

Maybe her answer shouldn’t have surprised him, but it did. This day had put her mettle to the test, revealing a strength she probably didn’t even know she possessed. She still had so much to learn about herself. He would have enjoyed the chance to watch her journey, but it wasn’t meant to be. There was no point in dwelling on it. The opportunity was lost. Tomorrow they’d find the missing horses and part ways.

He pulled her head onto his chest and stroked her hair. “Sleep now, Aiwattsi. I’ll keep you safe.”