Thanks for having me, SOS Aloha! Since Hawaii is an island state, I thought I’d talk a little bit about something very relevant to islands – water. I’ve spent a lot of time freezing my butt off looking for old stuff underwater. Before I was a writer, I was an underwater archaeologist. I worked primarily on shipwrecks lost in very cold water. We’re talking water with ice on the surface. Yikes. I blame romance novels for getting me into that cold water.

When I was in high school, I read everything that ever featured Fabio on the cover, and if you’ll recall, those were often historical romances in exotic settings that featured brave and adventurous heroines. Somehow, this combination led to me hanging out at the bottom of a lake and freezing my butt off while trying to decide if I was looking at a bit of old tree or a ship timber (a surprisingly common problem amongst underwater archaeologists).

In my time as an archaeologist, I’ve found some pretty strange things underwater. Some of the really cool artifacts include a Phoenician comb that was more than 2,000 years old and a gramophone with records from a Klondike Gold Rush shipwreck.

But the really strange things are my favorite. Unexploded WWII bombs and porcelain teacups were common in Plymouth harbor and refrigerators in Lake Huron (really – how do those get down there?). But by far, the strangest thing I’ve ever found was a gym bag full of liquor bottles and a stolen charity box from a church. Fortunately, the liquor and the charity box were found off the coast of the Scilly Isles in the UK and it was a tiny community, so the locals remembered when it had been stolen and were able to return it to the appropriate church. We assume that after committing the theft, the thief got nervous and dropped their loot in the shallow water of the beach and planned to come back for it. We archaeologists beat them to it. We never found the Medieval shipwreck we were looking for, but at least we solved part of a mystery.

My conscience compels me to mention that everything I’ve ever found underwater was turned into the appropriate people, whether it was a museum assigned conservation duties or a university research lab. History belongs to all of us, and I truly believe that artifacts belong in places where they can benefit humanity. As much as I would love to put some of those finds on my bookshelves, they’re better off where they can be shared with the world.

Eventually, I figured out that as much as I love history and archaeology (and finding weird things underwater), I love romance novels more. After a while, the stories happening in my head became more interesting than what I found underwater. I started writing my current series – the Mythean Arcana – while I lived in Plymouth, England. I dived on shipwrecks in the day, but every night, I found myself staying up late crafting a world that I couldn’t get out of my head.

The result was the three books that released on November 10th: Braving Fate, Soulceress, and Rogue Soul. They are adventurous paranormal romances set in modern-day Scotland that draw in elements of the history that I love and the paranormal elements I can’t help but include.

In a world of chaos, a warrior queen is reborn

Bookish academic Diana Laughton has been having terrible dreams. Dreams of battle, dreams of blood… dreams so vivid she's living them both day and night. When demons and portents invade her quiet life, she wonders if she is going mad. Or if perhaps she's remembering a past life she had no idea existed…

In the midst of betrayal, he must protect her

Immortal Guardian Cadan Trinovante loved and betrayed Britain's warrior queen Boudica two millennia ago. Now he is tasked with protecting mortals whose lives affect the fate of humanity. His latest assignment is Boudica herself, reincarnated and reborn into a woman with no idea of her past or her fated future. Though in the sexy form of Diana Laughton, it's possible Cadan has once again met his match…

Thrown together in a shadowy world that exists alongside our own, Diana and Cadan must not only fight the demonic forces that want Diana dead, but also a past and a passion that has lasted centuries. To succumb to seduction could be fatal. But as evil from the underworld unites against them, their only hope could be each other. 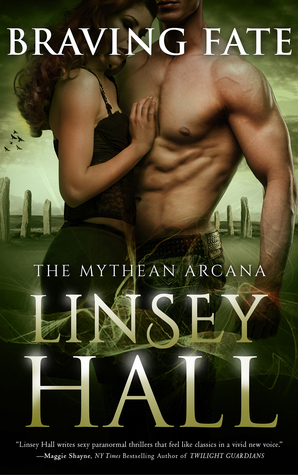 A man desperate to save his soul

Three hundred years ago, Warren sold his soul in exchange for the safety of his people. He lives immortal and inhuman, a life in the shadows, hiding his secrets. Until now, when he finally has the chance to reclaim his soul after three centuries of suffering…

A woman forced to live as a renegade

Esha is a soulceress, an immortal who drains the magical powers of others. Shunned by everyone she meets, she’s a rogue mercenary who hunts evil for a living. The only man she cannot harm is Warren, whose secrets intrigue her and whose body sparks her desire…

An evil power that can destroy them

Esha is the only person who can help Warren reclaim his soul. But what begins as a simple quest soon becomes a deadly battle, one in which choices will be made and secrets revealed that could tear them apart. As Esha and Warren uncover their passion, they must defeat the evil forces unleashed against them before time runs out… 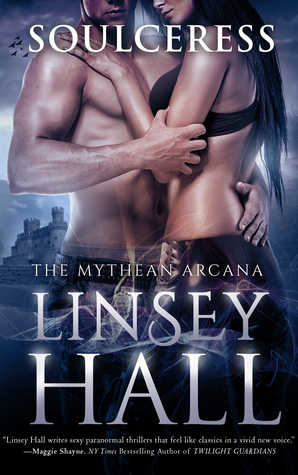 It's her last chance at freedom...

Andrasta, Celtic goddess of victory, has fled the cold, sterile wasteland of Otherworld for the steamy South American jungle. It's only a matter of time before the vengeful gods catch and punish her - unless she can convince the man she betrayed two thousand years ago to help…

And only her enemy can save her

Born in Otherworld to the life of a god, Camulos went rogue centuries ago. He's living on the banks of the Amazon, boxing in bare-knuckled fights. The gods believe he's dead - until Ana finds him. Ana, the woman who gave him nothing but trouble, and the woman he could never forget…

Even the gods have secrets

Thrown together, Ana and Cam must evade the wrath of the gods and a return to the living death of Otherworld. But as they flee through the jungle - and as their passion ignites - they find themselves at the heart of an ancient secret. One that could kill them both and extinguish their souls forever...

Linsey Hall is the author of the Mythean Arcana, a sexy paranormal romance series. Before becoming a romance novelist, Linsey was an underwater archaeologist who studied shipwrecks in all kinds of water, from the tropics to muddy rivers (and she has a distinct preference for one over the other). Her books draw upon her love of history, travel, and the paranormal elements that she can't help but include. Several of her books may or may not feature her cats.

Linsey is hosting a special giveaway at this link.