Aloha to Máire Claremont and LADY IN RED

On this day in 1984, from the Space Shuttle Challenger, astronaut Kathryn Sullivan became the first woman to walk through space. Romance author Máire Claremont joins us today as she explores women's struggles in Victorian England with her new release, LADY IN RED.

Kim:  Tell us about your experience as a 2011 Golden Heart Winner - what did you learn about yourself, the publishing industry, and readers?


Máire:  Winning the Golden Heart was an incredible experience. Its something I had fantasized about. Quite literally. I’d be in bed at night, before I’d go to sleep, imagining what it would be like but it seemed like one of those impossible dreams. Just finaling was a HUGE honor. So, when the category came up that night in New York and they called out my name and The Dark Lady, I screamed. My critique partner, bestie, and amazing author pal, Delilah Marvelle screamed and sobbed. The first person I called to tell I’d won was my mom, who was my biggest fan and supporter. I’m so glad she got to see me win and become published before she died of cancer this last year.

What I learned about myself and publishing? Dreams are worth pursuing and there is no dream too big. Is there luck involved? Yes. But to have that luck, you have to suit up and show up. I never could have won if I hadn’t worked hard, listened to my fabulous CP, and entered in the Golden Heart again and again. Publishing is a tough and glorious business, but its not for those who can’t handle rejection. Rejection is a HUGE part of the process. So, I also learned to surround myself with awesome writer friends who were going through the same thing and would provide a shoulder to cry on or a quick pep talk. Romance authors are wonderful, caring, and generous. I feel blessed to have so many of them in my life.

As to readers, the thing that astounds me the most is how my books do genuinely touch people. I’ve received many notes letting me know my stories brought tears to their eyes and took them on emotional journeys. I love having that relationship with my readers. Really, I adore getting to talk with them, meet them face to face, or chat online.

Kim:  What other Gaelic influences did you experience with your family? Do you have a favorite dish? whiskey? saying?

Máire:  I’m not even sure where to start. LOL. I’m Irish by nationality but was raised in the United States. My father was Irish but my mother was a typical American. She was mostly of Irish descent but also German. My childhood was spent listening to Tommy Makem, The Clancy Brothers, The Chieftans, The Wolf Tones, and Irish comedians like Hal Roach. Confession: I was a competitive Irish Step Dancer, you know, like that River Dance business. :D My father made the most AMAZING Irish Soda bread and Christmas Cake. To me, fruit cake is a delicious, fabulous thing but then again, I was lucky and got to eat “proper” fruit cake. I was also lucky enough to travel to Ireland several times, and I’ve also lived there. My favorite saying? “May you be in heaven an hour before the devil knows your dead.”

Kim:  What inspired LADY IN RED?

Máire:  I was really drawn to women’s plight in the Victorian period. They had so little power. Victorian women were held to ridiculous standars of propriety and morality. If they slipped at all publically, or suffered financial loss, they were quite literally pushed into prostitution. Also, the diagnosis for Hysteria was rampant. Really, if a woman was living up to her father or husband’s standards or she was discontent, it was absolutely possible for her to be diagnosed with some form of mental illness. I really wanted to explore these women’s lives and give them a chance to have power on the page.

Thank you so much for having me!!!! 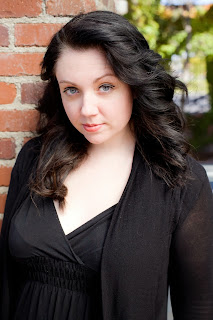 2011 Golden Heart winner Máire Claremont first fell in love with Mr. Rochester, not Mr. Darcy. Drawn to his dark snark, she longed to find a tortured hero of her own… until she realized the ramifications of Mr. Rochester locking his first wife up in his attic. Discovering the errors of her ways, Máire now looks for a real-life Darcy and creates deliciously dark heroes on the page. Oh, and she wants everyone to know her name is pronounced Moira. Her parents just had to give her an Irish Gaelic name. 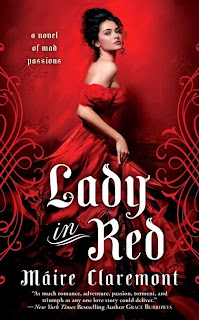 About LADY IN RED:

The Victorian era was full of majestic beauty and scandalous secrets—a time when corsets were the least of a woman’s restrictions, and men could kill or be killed in the name of honor…

​Lady Mary Darrel should be the envy of London. Instead, all society believes her dead. For Mary holds a secret so dangerous, her father chose to keep her locked away…and have a grave made for her near her mother’s. Driven to the edge of desperation, Mary manages to escape the asylum, only to find that her fate yet again rests in the hands of a man…

​Edward Barrons, Duke of Fairleigh, longs for some way to escape the torment of his father’s crimes. In Mary’s warrior spirit and haunted gaze—which so mirrors his own—he finally sees his path to redemption. He will stop at nothing to keep her safe, even as she seeks revenge. But will the passion they discover in each other be enough to save them from their demons?

More About The Book: link

Other titles in the Mad Passions Series ...THE DARK LADY is now available; THE DARK AFFAIR is coming in March 2014. 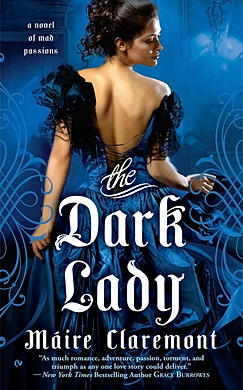 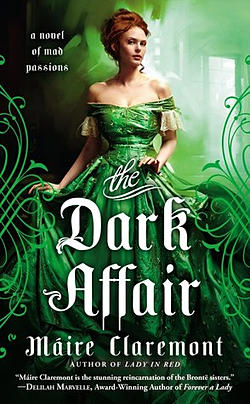 Mahalo, Máire, for joining us today!   Máire is giving away a $10 Amazon gift certificate.  To enter the giveaway,

Pioneering nurse. Born in Italy, Nightingale served as a nurse in the Crimean war and helped to raise standards of hospitals and the nursing profession.

2.  Máire's giveaway is open to all readers. 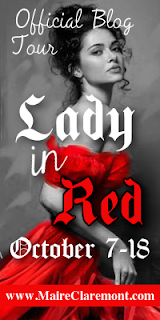 October 7
Romancing Rakes For The Love of Romance
romancingrakes4theluvofromance.blogspot.com

October 12
Happily Ever After
happilyeverafter-reads.blogspot.com

October 15
For The Love of Bookends
loveofbookends.blogspot.com


Mahalo to Kati at Romance Wrangler for inviting me on this tour!

Posted by Kim in Baltimore at 9:47 PM