I watch Hawaii Life/HGTV on Sunday nights (link) (link) and Buying Hawaii/Destination America on Monday night (link). These shows give me a taste of paradise.  I recently read two cozy mysteries set in Hawaii, authored by kama'ainas (locals), that also remind me of the good life I enjoyed in the Aloha State: 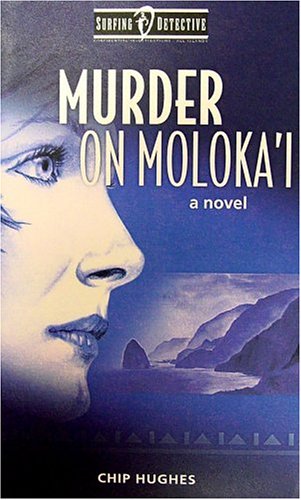 A jigger of tranquility is all Em Johnson wants, but now that her beloved Tiki Goddess Bar has been chosen as the location for Trouble in Paradise, TV's hot new reality show, life is anything but tranquil. When a member of the camera crew is found dead in her kitchen-stabbed to death with Chef Kimo's sashimi knife-the scene on the sleepy North Shore of Kauai goes from eccentrically crazy to downright dangerous. Suspects lurk behind every paper drink umbrella.

It's not enough that Chef Kimo is the number one suspect or that the life's-a-party Hula Maidens nearly burn down the place while dancing the hula with flaming coconuts. Em still has to deal with her Uncle Louie's wedding to The Black Widow-until his fiancee's Mercedes plunges into the Pacific. Roland Sharpe, a handsome, Hawaiian, fire-dancing detective, warns the locals not to interfere, but Em and the madcap Maidens can't help themselves and soon wind up knee deep in danger again. Can the irrepressible troupe solve three murders before the champagne goes flat? 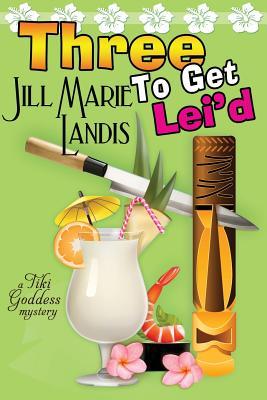 They are easy reads with island humor intertwined with quirky characters.  If you are a fan of cozy mysteries and Hawaiian culture, these books are for you!

I am giving away my last Hawaiian souvenir to one randomly selected commenter.  To enter the giveaway,

1.  Have you read a book set in a small locale that you have visited?

To learn more about Chip Hughes and his books, check out his website at surfingdetective.com.

To learn more about Jill Marie Landis and her books, check out her website at thetikigoddess.com.

Posted by Kim in Baltimore at 5:54 AM