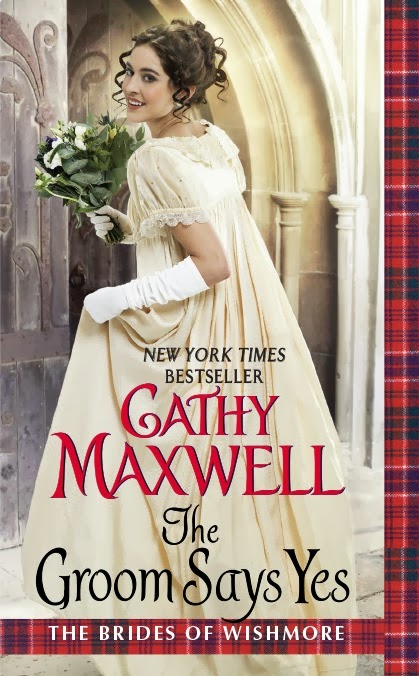 It's my party and I'll reveal if I want to!  We're celebrating the fourth anniversary of SOS Aloha (link).   I am honored to host the cover reveal of Cathy Maxwell's THE GROOM SAYS YES, Book Three in The Brides of Wishmore series:

Sabrina Davidson, dutiful daughter, avowed spinster, thought she’d secured a place for herself in Aberfeldy society—and then her hard-earned acceptance of her fate is challenged by the arrival of Cormac Enright, trained physician, soldier of fortune, earl of Ballin and convicted felon.

A prim and proper miss was the last thing he needed--

Mac is determined to clear his name, but first he has to find the man whose testimony sentenced him to a hangman’s noose. Of course, Robert Davidson is missing and protecting him is his daughter, the most entrancing, frustrating, beguiling, stubborn woman Mac has ever met.

And it doesn’t helped that he has already tasted her kisses. Or that he has found in her a passion for life and adventure to rival his own.

Mac has turned Sabrina’s world inside out—but what will happen when he leaves? 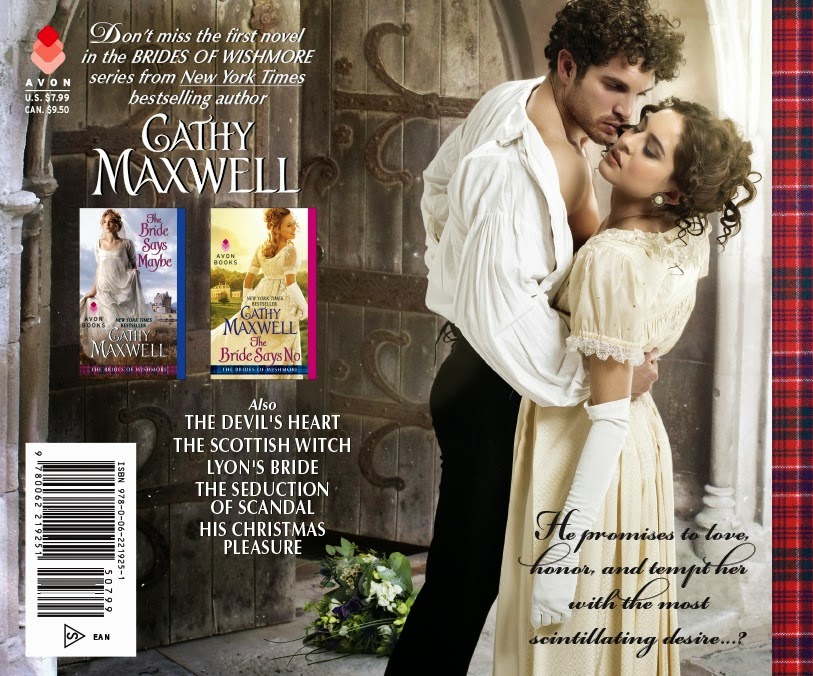 Sigh.  The talented artists at Avon Romance deliver another cover that is simply breathtaking!  Are you ready for the groom to say yes?  You'll have to wait 'til the fall .... but I know fans won't be disappointed ... check out my reviews of THE BRIDE SAYS NO (link) and THE BRIDE SAYS MAYBE (link).

Thanks to Mary at BURIED UNDER ROMANCE (link) for sharing this cover reveal with me! 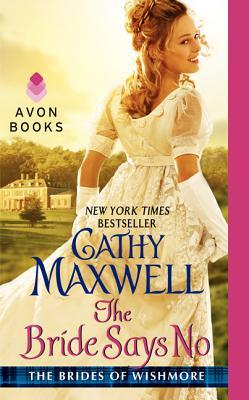 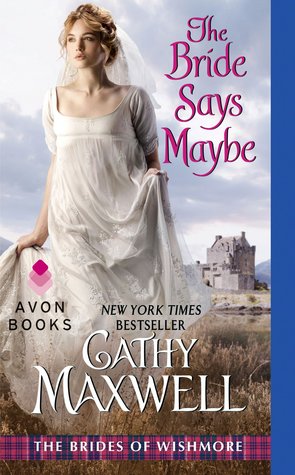 Posted by Kim in Baltimore at 9:38 PM