Aloha to the National Memorial Day Concert on PBS 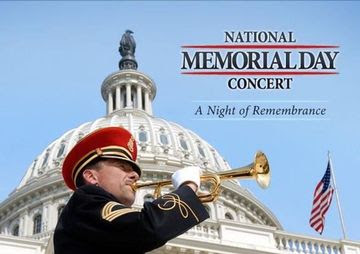 Last night, I enjoyed the National Memorial Day Concert broadcast on PBS.   From its website (link),

The National Memorial Day Concert features uplifting musical performances, documentary footage and dramatic readings that honor the military service of all our men and women in uniform, their families at home and those who have made the ultimate sacrifice. One of PBS’ highest-rated programs, the multi-award-winning television event has become an American tradition, featuring a star-studded lineup performing in tribute to all Americans who have sacrificed for our country.

I also defer to the website for the concert's participants:

The 2017 concert will feature tributes to the last surviving Doolittle Raider, Colonel Richard Cole, and the 75th anniversary of that daring bombing mission over Tokyo, as well as the 70th anniversary of the United States Air Force and some of the most skilled aviators of World War II – the Tuskegee Airmen. The evening will also include spotlights on the healing journey of a Gold Star family from the Vietnam era, now supporting other grieving families from recent conflicts, and Captain Luis Avila’s story of courage, faith, perseverance and hope after being severely wounded in a roadside bomb blast.

I cried throughout the broadcast.  It was a heartfelt tribute to our heroes of the past ... and the present. Actor John Ortiz and actress Ana Ortiz performed a dialogue between Captain Avila (in a coma for 40 days) and his wife Claudia by his side. Their dialogue referenced the multiple therapies available at Walter Reed National Military Hospital, including music therapy.  At the end of their dialogue, the camera cut to singer Renee Fleming and Captain Ortiz (in a wheel chair) as they sang GOD BLESS AMERICA.

This is what makes America great. 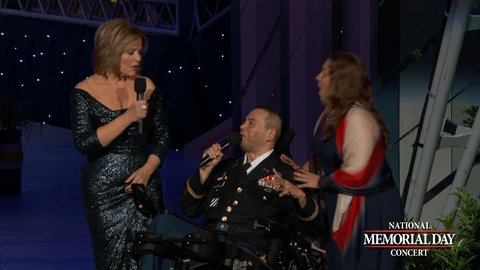 Then actress Mary McCormick shared the thoughts of a young girl, Jacke Walton, whose father, Special Forces Sergeant First Class Lewis Clark Walton, never came home from Vietnam. He was reported missing on May 10, 1971. Jacke became the voice for Gold Star Families. Her brother Lew followed their father's footsteps and enlisted in the Army. He was deployed when the call came that their father's remains had been found in December 2006 - 35 years after his last known sighting. Lew (the son) escorted Lew (the father) home.

I found SFC Walton's obituary at this link - he was an Eagle Scout.

Although the discovery and subsequent burial of SFC Lewis Clark Walton’s remains provided closure for Jacke and Lew, it brought fresh grief and underscored how difficult it had been growing up without a dad. The Waltons forever will be, a Gold Star family.

Jacke’s experiences prompted her to meet with recent Gold Star families – those whose loved ones had been killed in Iraq and Afghanistan. Grieving together them all to cope and heal.

Throughout the broadcast, the actors and even Colin Powell invited the viewing audience to reach out to military families and veterans - mow their yards, run errands, help them write a resume, give them a job.

The PBS website offers links on each family spotlighted, ways to help veterans, and resources for veterans to receive help:

The National Memorial Day Concert is an excellent example of how PBS offers quality programming.  Yet PBS is a target for budget reductions along with music, science, and mental health programs - all vital for our veterans, military personnel, and their families.

Likewise, the broadcast featured African Americans, Latin Americans, Gold Star Families, Disabled Veterans, POWs, MIAs, and KIAs - all who have been ridiculed by he who will remain unnamed.

So I suggest three more actions you can take to support veterans:

Be the voice for our veterans.

Stand up for them.

And vote for those who respect the sacrifices they made.

If you missed the concert, check your local PBS station for a rebroadcast or watch it online at this link. 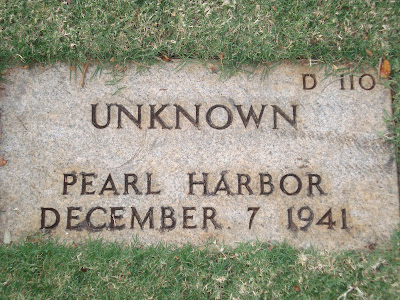 Posted by Kim in Baltimore at 9:02 AM