Hmmm ... did that title catch your attention?

I seek good karma (plus your prayers) as I am having surgery on Wednesday.   It started with a Korean Spa ....

Back in LA, as the RT Booklovers' Convention was winding down, Kathryn Falk treated me to an "afternoon at a Korean spa."   We joined an Avon author and her mother at the spa, dipping into the exotic baths.   Should I mention that everyone wears their birthday suit?


Once it was time for our "ultimate scrub", we hopped up on the massage tables where Korean ladies performed their magic.   As my masseuse scrubbed my abdomen, she said in broken English, "Go to doctor."   She repeated pointed to my lower abdomen - I figured she probably knew more about women's bodies than the women themselves.

As soon as I arrived home, I called the Hickam clinic appointment line.  The dilemma - how to explain the "ailment".   I requested to see my doctor for "abdominal pain."   Since my assigned doctor was deployed, a contracted civilian doctor attended me ... and she was fantastic.   She chuckled with me about the Korean lady's advice and responded, ""Let's do a Well Woman Workup on you."    I was embarrassed to report that it had been two years since I had a Pap Smear and Mammogram (the Air Force required both before I moved "overseas" to Hawaii).   I was able to accomplish both that day and the results showed no abnormalities.


Next step - ultrasound at Tripler Army Medical Center.  The ultrasound revealed I have an oversized fibroid.  Since it was not causing any discomfort, I could delay surgery so I could travel to the mainland for my father's memorial service, the RWA National Convention, and my cousin's wedding.

During the convention, I learned that Avon is sponsoring a campaign - K.I.S.S. and Teal - to promote awareness of ovarian cancer.  From the Ovarian Cancer National Alliance website: 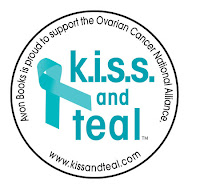 Read the rest of the article to learn why Avon is sponsoring this campaign and who this disease has impacted. We'll talk more about this campaign in September.   Avon's efforts reminded me that women have to take control and know their bodies.   I am scheduled for a hysterectomy on Wednesday morning to remove the fibroid and prevent others from growing back.  I plan to be home Friday night ... and then four weeks of recovery.   The benefits:


I  have preposted this week's blogs.  My older son is tasked with posting the links to my Facebook account.  My younger son is tasked to "be helpful."  I am fortunate that hubby is not deployed and I have three cats who give comfort.   Plus I have a pile of ARCs to review!

What do you do to take care of your body?

Vitamins?
Exercise?
Check your boobies?  I know Alba advocates this!

One commenter will win a book of choice from my stash of the Avon titles.   This giveaway is open to all readers as we are one in this fight to keep ourselves healthy.   Comments are open through Saturday, August 13, 10 pm in Hawaii.  I'll post the winners on Sunday, August 14 (or the job will fall to my older son). 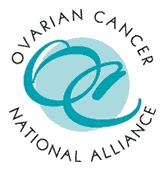 A portion of the sales from each of these September 2011 Avon titles will be donated to the Ovarian Cancer National Alliance as part of the K.I.S.S. and Teal Campaign: