Aloha to Jayne Fresina and THE MOST IMPROPER MISS SOPHIE VALENTINE 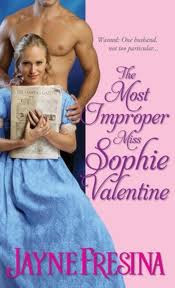 Just in time for Queen Elizabeth's Diamond Jubilee - English author Jayne Fresina joins me for a cozy chat to celebrate her new novel, THE MOST IMPROPER MISS SOPHIE VALENTINE!  From her bio,


Jayne Fresina sprouted up in England, the youngest in a family of four girls. Entertained by her father’s colorful tales of growing up in the countryside, and surrounded by opinionated sisters— all with far more exciting lives than hers— she’s always had inspiration for her beleaguered heroes and unstoppable heroines. Visit www.jaynefresina.com for more information. 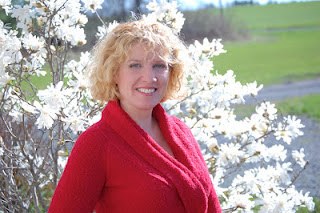 Kim:  We are Anglophiles at SOS Aloha! I saw on your website that’s where you are from! Can you share your corner of England - your favorite sight, smell, and sound?


Jayne:  I am from a town called Huntingdon in East Anglia. If you know who Oliver Cromwell was, that's where he was born. I can still smell the Saturday market in the town square. That may sound strange as not all the smells were good, but it brings me back to my childhood and going to buy sweets at the market! Also - and I know this sounds even odder - I used to spend a lot of time wandering around churchyards, so the smell of damp, mossy stone always reminds me of home too. And the cooing of woodpigeons on a lazy afternoon. I loved watching and feeding the swans on the river, taking family trips to look at ruins and walks along the river bank on Sundays. Our father taking us to watch him fish, while we sat on a freezing cold beach, watched grim, gray waves and felt rain pelting us in the face. Those are my best memories of home.

Kim:  I am curious about those opinionated sisters - have they influenced (or inspired) your writing?

Jayne:  They would like to believe that they're the heroines in my books. Ha ha! I do actually use bits and pieces of people in some of my characters, but I doubt they would recognize themselves. I always tell one of my sisters that she has a "bit" part in my latest book. Just a small part. That makes her sulk. I joke that she gets typecast. We were all big readers growing up and we had wild, inventive imaginations, so I suppose all that rubbed off on me. As a writer I think everything I have experienced is somewhere in my books. Most of the time I don't even know it's there until someone points it out to me.


Kim:  Tell us about THE MOST IMPROPER MISS SOPHIE VALENTINE!

Jayne:  Sophie Valentine is in danger of becoming an old maid. She's almost thirty, scarred, and hides herself away in a small country village where she lives with her brother and his wife. But despite her meek appearance she has a streak of willfulness that she can't seem to tame and it comes out at the most unpredictable moments. One day, fed up with her sister-in-law's nagging, she decides to advertise for a husband in the local farmer's gazette. She regrets this impulsive act as soon as it's done, but she can't take the advertisement back. The best she can do is own up to the prank and hope no one answers it. Along comes the mysterious, handsome stranger Lazarus Kane and he isn't about to let Sophie change her mind about needing a husband, no matter what she does to put him off. 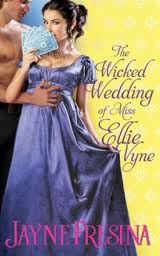 Kim:  What's next for Jayne Fresina?

Jayne:  I just finished working on the sequel - THE WICKED WEDDING OF MISS ELLIE VYNE - which is all about Sophie's best friend falling in love with her childhood nemesis. Next I'll be finishing off the third book in the series - LADY MERCY DANFORTHE FLIRTS WITH SCANDAL.

Mahalo, Jayne, for taking time from the Jubilee Celebrations to join us at SOS Aloha!  I posted my review on Amazon at this link and Goodreads at this link.  Sourcebooks is giving away a print copy of  THE MOST IMPROPER MISS SOPHIE VALENTINE BY JAYNE FRESINA – IN STORES JUNE 2012:

Sophie Valentine knew placing an ad for a husband in the Farmers Gazette would bring her trouble-and she was right. When the darkly handsome, arrogantly charming Lazarus Kane shows up on her doorstep, the nosy residents of Sydney Dovedale are thrown into a gossiping tizzy. After all, it's common knowledge that Sophie is a young lady In Need of Firmer Direction. But even Sophie isn't so scandalous as to marry a complete stranger. .. is she?

Lazarus Kane has been searching for Sophie half of his life. She may not remember him, but he could never forget her. But the past is a dangerous thing, and it's best if his remains secret if he wants to tempt Sophie with ...

A MOST IMPROPER PROPOSAL…

To enter the Sourcebooks giveaway, leave a comment about the most daring thing you have done - leap off a balcony?  Flirt with a younger man?  Read a scandalous book hidden under a dull cover?

This giveaway is open to US residents only.  But I will give my ARC to one international reader.  Comments are open through Saturday, June 9, 10 pm in Hawaii.  I'll post the winner on Sunday, June 10.

Posted by Kim in Baltimore at 6:31 AM