In the Pink with Avon Romance - Harry to the Rescue, A Preview of Cathy Maxwell's THE SCOTTISH WITCH 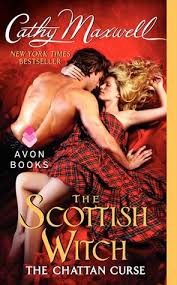 We are six days and counting 'til Avon Romance publishes Cathy Maxwell's THE SCOTTISH WITCH.  The hero, Colonel Harry Chattan, is the younger brother of Lord Lyon.   The spare.   I was curious about other Harrys who emerged from their brothers' shadows to save the day ...


Henry VIII:  From the Official Website of the British Monarchy (at this link),

Henry VIII was born at Greenwich on 28 June 1491, the second son of Henry VII and Elizabeth of York. He became heir to the throne on the death of his elder brother, Prince Arthur, in 1502 and succeeded in 1509.

Henry also invested in the navy, and increased its size from 5 to 53 ships (including the Mary Rose, the remains of which lie in the Portsmouth Naval Museum).

"Harry" is considered the father of the English Navy, which would rule the seas for four more centuries.   His obsession with fathering a male heir lead to England's separation from the Catholic Church and fueled the Protestant Reformation across Europe.   He eclipsed his dead brother in promoting England as a European power and a center of culture.

Harry S. Truman:  From the White House website (at this link),

During his few weeks as Vice President, Harry S. Truman scarcely saw President Roosevelt, and received no briefing on the development of the atomic bomb or the unfolding difficulties with Soviet Russia. Suddenly these and a host of other wartime problems became Truman's to solve when, on April 12, 1945, he became President. He told reporters, "I felt like the moon, the stars, and all the planets had fallen on me."

Having served as a captain in the Field Artillery during WWI, Harry knew the cost of war.  His presidency saw four major actions to promote peace:  the creation of the United Nations; the atomic bombing of Japan; the creation of NATO; and the UN's collective response to the Korean crisis.   Harry emerged from Roosevelt's legacy to establish his own.

Prince Henry, the second son of Prince Charles, known as Prince Harry:  From the Official Website of the British Monarchy (at this link),

Prince Harry joined the Household Cavalry, and served in Afghanistan for more than two months from the end of 2007 to early 2008. He is now training to be a helicopter pilot with the Army Air Corps.

Ah, Prince Harry!  He shares many honors (Army) and vices (women) with Colonel Harry Chattan in Book One of the Chattan Curse, LYON'S BRIDE:

"When a Chattan male falls in love, strike his heart with fire from above..."

They call him Lord Lyon, proud, determined— and cursed. He is in need of a bride, but if he falls in love, he dies. His fervent hope is that by marrying— and having a son—without love, perhaps he can break the curse's chains forever.

Enter beautiful Thea Martin—a duke's headstrong, errant daughter and society's most brilliant matchmaker. Years ago, she and Lyon were inseparable, until he disappeared from her life without a word. Now she is charged with finding Lyon's bride—a woman he cannot love for a man Thea could love too well.

In the end of LYON'S BRIDE, Harry steps out of his brother's care and searches for THE SCOTTISH WITCH:

When a Chattan male falls in love, strike his heart with fire from above . . .

Portia Maclean believes she is beyond love and marriage. Then one moonlit night, while attempting a daring masquerade in a desperate bid to protect her family, she finds herself swept off her feet by a powerful stranger. But what will he do once he discovers she has betrayed him?

Harry Chattan is fighting for his family. For two hundred years the Chattan men have been destroyed by love . . . and now he's come to Scotland on the hunt for a witch to break the curse. Instead he finds himself bewitched by Portia. Harry has vowed to fight the demons that torture him.

But will that battle destroy her as well? 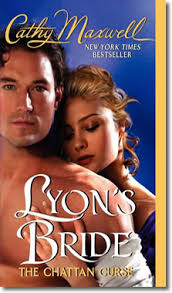 I am giving away a copy of LYON'S BRIDE to one randomly selected commenter.  To enter the giveaway,

1.  Leave a comment about your favorite Harry - any of the above?  Or another Harry?

Come back on Wednesday, October 31,  to celebrate the release of THE SCOTTISH WITCH with a special giveaway!

To learn more about Cathy and her books, check out her website at cathymaxwell.com.

To learn more about the Mighty Mo, check out my photos on my travel blog, ALOHA ON MY MIND, at this link, link, link, and link.

Posted by Kim in Baltimore at 4:40 AM