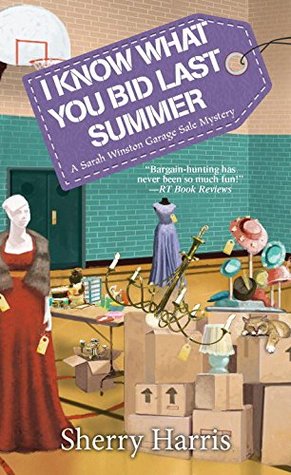 Sherry Harris presents the fifth installment of this charming, bestselling cozy mystery series! One man's junk is another man's treasure. But finding that treasure can be murder. As Sarah Winston discovers, someone is always ready to kill someone else for seemingly worthless pieces of junk.

FOUL PLAY IN THE GYM
When it comes to running a successful garage sale, Sarah Winston believes in doing her homework. She also believes in giving back. But when she agrees to manage an athletic equipment swap, she doesn't bargain on an uncharitable killer. The day of the event, the school superintendent is found dead in the gymnasium.

HAS SARAH PLAYING DEFENSE
Suddenly the murder suspects are the school board members--including the husband of a very difficult client who's hired Sarah to run a high-end sale and demands she do her bidding. In between tagging and haggling, Sarah studies the clues to see who wanted to teach the superintendent a lesson. But as she closes in on the truth, the killer intends to give her a crash course on minding her own business . . . 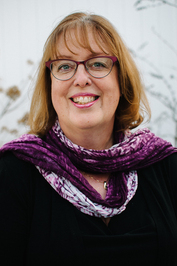 Sherry Harris started bargain hunting in second grade at her best friend’s yard sale. She honed her bartering skills as she moved around the country while her husband served in the Air Force. Sherry uses her love of garage sales, her life as a military spouse, and her time living in Massachusetts as inspiration for the Sarah Winston Garage Sale series.  Learn more about Sherry and her books at sherryharrisauthor.com. 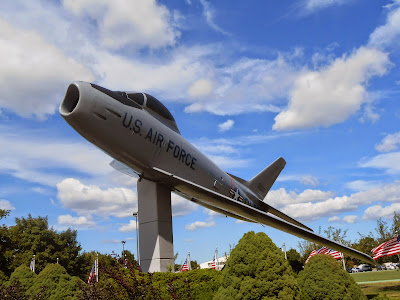 Soda, pretzels, and beer are go-to snack foods for a lazy afternoon. They also pop up in the plot of I KNOW WHAT YOU BID LAST SUMMER. For me, any Sherry Harris book is a go-to "snack" read for a lazy afternoon. The Sarah Winston Garage Sale Mysteries series is set around the Minute Man Historical National Park outside of Boston where the real Hanscom Air Force Base is located - it is obviously the inspiration for Fitch AFB in the series. Both Sherry and I have spent time (separately) at Hanscom ... so I am naturally drawn to this series.

Indeed, there is much to cheer with I KNOW WHAT YOU BID LAST SUMMER. I love the title as it relates to Sarah's passion and profession - finding bargains at garage sales, second hand stores, and estate auctions. I also found it to be a tongue-in-cheek reference to the teen scream movies that are predictable but entertaining. Indeed, I KNOW WHAT YOU BID LAST SUMMER follows the standard cozy mystery pattern - capable heroine in a small business finds a dead party, becomes an amateur sleuth, finds a few red herrings, puts herself in jeopardy, but solves the mystery. Yet Harris adds a few layers of intrigue with three back-to-back incidents with shadowy characters. These incidents are seemingly unconnected ... but who believes in coincidences?

Harris features a subplot with taste testing lasagna ... it adds comic relief to the story line. Sarah's efforts to sample the pasta staple in the surrounding towns reveals that she is human, that readers can relate to her, as she indulges in carbs galore.

The story unfolds from Sarah's first person point of view. This enables Harris to educate the reader about local customs, such as indulging in fluffernutter sandwiches - marshmellow fluff and peanut butter staple of New England's hardy population. Sarah also offers tips for hosting garage sales .... and haggling at garage sales. The first person POV is helpful at times .. but also distracting. Sarah often explained operational procedures on the military base when Sarah - a civilian - frequently gained access to the restricted area. To be fair, I found it distracting because I am already familiar with the military procedure as a veteran. But other readers might find it helpful.

Still, my one critique did not take away from my enjoyment of I KNOW WHAT YOU BID LAST SUMMER. It kept my attention through the plot curves. To discuss the plot further would spoil the story ... just know that it all comes together at the end for a satisfying read. Once I finished the book, I could then see how Harris planted clues along the way.

I believe I KNOW WHAT YOU BID LAST SUMMER could be enjoyed as a stand alone novel, but I recommend starting at the beginning with TAGGED FOR DEATH. All five books in the series are easy reads, so you can catch up just in time to join Sarah on the garage sale circuit.

I received a copy of I KNOW WHAT YOU BID LAST SUMMER - mil spouse to mil spouse - for an honest review. 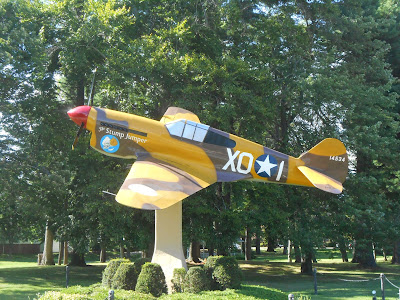 Posted by Kim in Baltimore at 8:19 PM