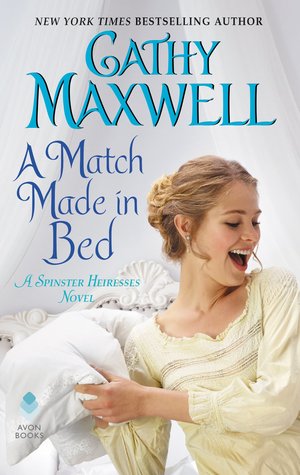 The sun has finally peeked out here in Maryland.  Let's join this heiress in hijinks, as this cover suggests, with A MATCH MADE IN BED, Book 2 in the Spinster Heiresses series ...

Once upon a time there were three young ladies who, despite their fortunes, had been on the marriage mart a bit too long. They were known as “the Spinster Heiresses” . . .

Miss Cassandra Howell is too tall, too bookish, and too smart—but she does have money and a father who wants a grand title for her. Cassandra hasn’t felt a desire to marry until she meets the sinfully handsome Duke of Camberly, who captures her imagination . . . until Soren York, Earl of Dewsberry and her family’s sworn enemy, steps in the way.

The Holwells ruined Soren’s family, and he’s lived on the knife’s edge trying to resurrect their fortunes . . . until he considers marrying the Holwell Heiress. Not only would her dowry give him the funds he needs, he has secretly had an eye on the independent-minded bluestocking since they both first realized the differences between men and women.

She likes to read; he has no patience for books. She knows little of sex; he is a man of the world and willing to school her. Her family destroyed his; his offer of marriage may be her only salvation.

Now Cassandra and Soren must learn to love each other for who they are, not what they are—and the lessons are becoming an exercise in absolute pleasure. 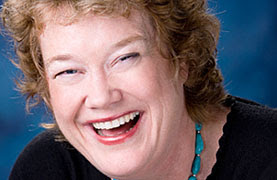 I love this photo of Cathy because she is laughing!

Bestselling novelist Cathy Maxwell embraces her writing romance as a way to express her belief that "loving well is the greatest adventure of all," and to explore her fascination with the Regency period.

Born in Olathe, Kansas, Cathy once called Virginia home, noting she is "a Virginian by choice, but a Kansan by nature." She is now learning how to be a Texan and feels like Austin is the perfect place for her to hone her cowboy skills. She worked in television news and spent six years in the Navy, including a stint in the Pentagon. She is a member of Romance Writers of America and a frequent speaker at writers' conferences, libraries and special events. You can always reach Cathy at cathymaxwell.com. 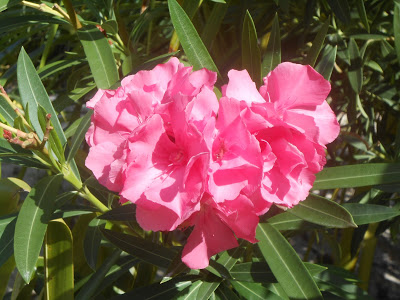 I am giving away a "Spring is Here" swag pack to one randomly selected commenter.  To enter the giveaway,

1.  Leave a comment about your bed - what makes it comfy? Mine is comfy because it always has a purring cat ready to cuddle. 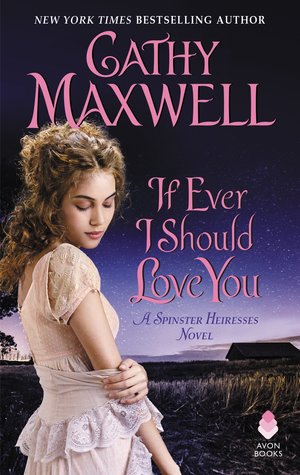 Book 1 in the series

Posted by Kim in Baltimore at 9:01 AM

Labels: A MATCH MADE IN BED, Avon Books, Cathy Maxwell, IF EVER I SHOULD LOVE YOU, Regency Romance, Spinster Heiresses Book 2