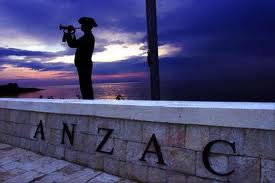 As most of us go back to work after a joyful weekend celebrating Easter, our allies and friends Down Under will honor those who served and sacrificed.  Please join me in welcoming Australian author of historical romance, Margaret Tanner.

Thank you for inviting me to tell you about ANZAC Day which is observed every year in Australia and New Zealand on the 25th April.

The first ANZAC Day service was held in 1916 by wounded soldiers returning from Gallipoli in Turkey, and it has continued ever since. It is the most revered day of the year for Australians and New Zealanders and commemorates the landing on the Gallipoli peninsula on the 25th April 1915. It also honours those who served and died in later wars. No other day of the year evokes such passion and emotion. It is a national holiday here in Australia. There are commemorative services and marches held in practically every town and city in Australia and New Zealand. 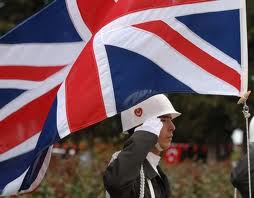 Australian and New Zealand Army Corps troops (ANZACS) were landed on Gallipoli at a beach, later re-named ANZAC Cove. In the early hours on the morning of the 25th April, 1915, they stormed ashore under a hail of murderous artillery. Many of them died without even making it out of the landing crafts. It was reported at the time that the Aegean sea ran red with the blood of slaughtered ANZACS. Those who made it to shore had to scramble up scrub covered cliffs, to confront a well fortified tenacious enemy. 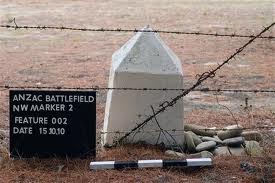 The bravery and determination of these young men who had travelled thousands of miles across the sea to fight for mother England was the stuff of legends. They fought and died in their thousands on Gallipoli in a costly and futile campaign to wrest Constantinople (Istanbul) from the Turks. In December they were evacuated, when the generals finally conceded that the whole campaign had been an ill-conceived, massive blunder. From Gallipoli the Australian survivors sailed off to the killing fields of France and Belgium, leaving 8,700 of their slain comrades behind. 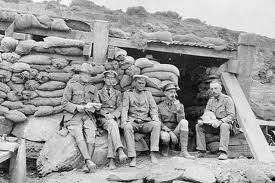 I wrote the following story after my son described his trip to Gallipoli, and I think it truly sums up the way young people, who are irreverent in most things, feel about this day and this place.

THE SPIRIT OF ANZAC COVE

Their behaviour on the whole had been boisterous and some of the young Australian and New Zealand tourists had brawled and boozed their way across Europe over the past few weeks. They were a mixture of professionals, tradespeople and university students, and in the staid circle of some European cities were still looked upon as wild colonials.

Phil, the brickie from Auckland’s language was so crude his fellow country men cringed. Two sisters from Sydney could drink any man under the table, and every second word they uttered was an obscenity. Justin, a law clerk from Melbourne, spent most of his time lying on the back seat of the bus in a drunken stupor, and three fanatical Crows football supporters from South Australia wanted to fight every Victorian who came into their orbit.

There were Anglicans, Catholics, a couple of Jews, Agnostics and those who followed no particular religion. The yelling, screaming, singing and obscene jokes of these twenty or so tourists became so bad the English bus driver wore ear plugs.
﻿﻿﻿﻿﻿
﻿﻿﻿﻿﻿
The Gallipoli Peninsula dozed under the Turkish sun, and the blue waters of the Aegean Sea caressed the sandy beach at ANZAC Cove. The bus fell strangely silent. The young people climbed out slowly, almost fearfully, lest they disturb the ghosts of their long dead countrymen. They crossed the sand at ANZAC Cove, and faced the same cliffs their forebears had scrambled up under a hail of bullets and murderous shrapnel. The area from the beach to the cliffs was only about as wide as a footy ground the Crows supporters decided; no wonder so many had been killed at the landing on the 25th April, 1915.


Seven Victoria Crosses were awarded in a single day at *Lone Pine. They paused here for a time to gaze at the monument erected for the hundreds of fallen soldiers who had no known resting place, Known Only To God, the inscription read.

Phil, the uncouth brickie from Auckland openly wept as the Turkish guide pointed out where the New Zealanders had been slaughtered. But for the fickle hand of fate in the form of a Turkish General, Ataturk, who forced his fleeing troops to make one last, desperate stand, the New Zealanders would have captured Chunuk Bair, and Gallipoli would have fallen to the ANZACS.

Tears streamed down the cheeks of the two sisters from Sydney, who had found their great grandfather’s grave. From her rucksack one of them withdrew a dried flower arrangement in the form of a posy - gums leaves sprinkled with balls of golden wattle, and laid it reverently near the white head stone, while her sister silently took photographs for the relatives back home.

For three hours these young Aussies and Kiwis wandered around the beautifully kept cemeteries. They saw the grave of **Simpson (the man with the donkey). 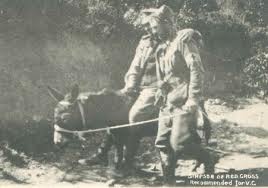 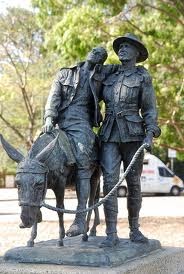 ***The Nek, where unmounted Light Horsemen were slaughtered, Shrapnel Gully and Cape Helles. These places, once only names in history books, were now heartbreakingly real.

As they wandered around some spoke only in whispers, lest the sleepers be disturbed, but others were too emotional to speak at all.

The Aegean Sea, so blue it hurt their eyes, had once run red with the blood of hundreds of bronzed young warriors who fell before they even reached the shore. 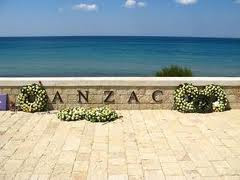 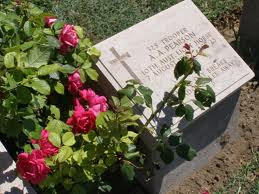 Those with religion and those without, truly felt they walked on sacred ground, and each of them knew, even though they could not really explain it to themselves, that they would never be quite the same again, because they had been touched by the Spirit of ANZAC COVE.

*Private Dougal Lindsay’s name appears on the memorial at Lone Pine as one of many soldiers who died in the battle there and has no known grave. He is related to Margaret.

**John Kirkpatrick Simpson was a Corporal in the Australian Army, and for weeks disregarding the bullets and shrapnel all around him, took his donkey out into no-man’s land to bring wounded soldiers back to the beach head. He was killed by a sniper’s bullet.

*** The charge at The Nek was made famous by Mel Gibson in the movie Gallipoli. 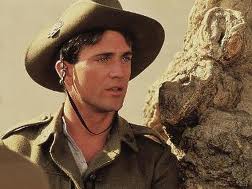 Mahalo, Margaret, for sharing ANZEC Day with us at SOS Aloha.   Margaret Tanner is an award winning Australian Historical romance author, who has a great interest in the 1st World War. She has visited the battlefields and cemeteries on Gallipoli and in France and Belgium. She has written three novels set against a background of this war:

SHATTERED DREAMS and WILDS OATS from The Wild Rose Press. 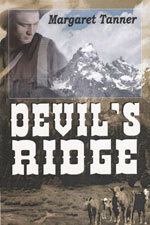 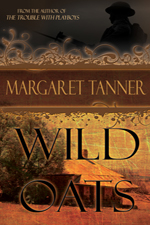 The air felt chilly as Danny waited on the deck of the troopship. It was so dark he couldn’t see land, even though someone said it was less than three miles away. When his turn came, he climbed down the rope ladder and found himself in a small open boat. Excitement surged through him. He had travelled halfway around the world for this moment and was keen to give a good account of himself. His equipment and ammunition weighed more than eighty pounds, but he wouldn’t have cared if it had been a hundred and eighty.

He gripped his rifle between his knees as they had been instructed to do. His hands became sweaty, while Ernie, his mate from the Broadmeadows army camp, trembled beside him.

They only spoke in whispers, and the slight splashing of the waves against the side of the boat was barely audible. About fifty yards from shore, the pinnaces cast off the boats and the sailors started to row them to the beach.

A light appeared in the distance and a shot echoed in the pre-dawn darkness. Jumping from the boat, Danny found himself in water up to his chest, but he held his rifle above his head to keep it dry and waded ashore, with Ernie at his heels.

The firing became heavier as he scrambled onto a narrow stretch of beach.

“Hell.” They must have landed at the wrong place, because facing them was a steep, scrub-covered cliff. Danny swore as bullets peppered the ground around them. Throwing off his pack, he scrambled up the hillside, grabbing bushes and boulders to drag himself upwards. A glance over his shoulder showed Ernie struggling along behind him. There was a blood curdling scream and the soldier in front of them collapsed like a rag doll. Danny climbed over the body to get past. As he took several shuddering breaths, he glanced down at the beach then wished he hadn’t. God, it was terrible, those poor devils in the later landing crafts were being slaughtered by Turkish artillery before they even got out of the water. 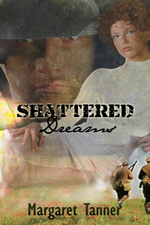 In honor of Margaret's visit, I am giving away a copy of SHATTERED DREAMS to one randomly selected commenter.  To enter the giveaway,

1.  Leave a comment about how your country honors military personnel and/or battlefields you have visited.

2.  This giveaway is open to US residents only but I encourage comments from all readers. 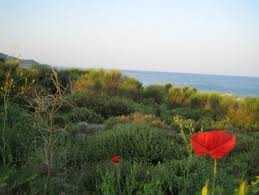 ﻿ Today is a double header - so check out part 2 with Deborah Cooke and Darkfire Kiss.
﻿
Posted by Kim in Baltimore at 3:48 AM