Aloha to Máire Claremont and THE DARK AFFAIR

Today is the feast day for St. Fridolin.   He hailed from a noble family in Ireland, but followed his calling as a missionary among pagans on the Continent in the 6th century.

Fridolin shares his Irish ancestry and a compassionate heart with the heroine from Máire Claremont's new release, THE DARK AFFAIR:

The Victorian era was full of majestic beauty and scandalous secrets—a time when corsets were the least of a woman’s restrictions, and men could kill or be killed in the name of honor…...

Lady Margaret Cassidy left a life of nobility behind in Ireland, forsaking her grieving homeland to aid war-ravaged men in England. Still, she never expected a cruel turn of fate to lock her into an unwanted betrothal with one of her English patients—much less one as broken and dangerous as Viscount Powers.

Wrecked by his tragic past, Powers’ opiate-addled sanity hangs precariously in the balance, leaving him poised to destroy anyone who dares to utter the names of the wife and child he still so deeply mourns. So when he is forced to marry Margaret in exchange for freedom, he is shocked by the desire to earn her trust, her body, and—most alarming of all—her heart…. 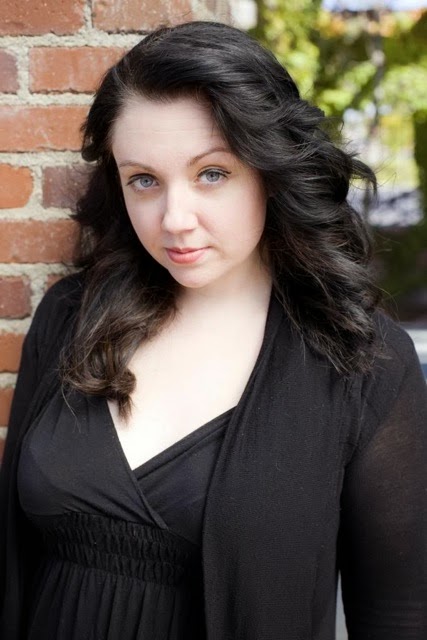 2011 Golden Heart winner Máire Claremont first fell in love with Mr. Rochester, not Mr. Darcy. Drawn to his dark snark, she longed to find a tortured hero of her own… until she realized the ramifications of Mr. Rochester locking his frst wife up in his attic. Discovering the errors of her ways, Máire now looks for a real-life Darcy and creates deliciously dark heroes on the page. Oh, and she wants everyone to know her name is pronounced Moira. Her parents just had to give her an Irish Gaelic name. 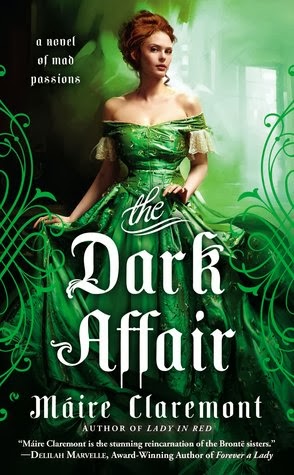 Máire is giving away a signed copy of THE DARK AFFAIR.  To enter the giveaway,

1.  What intrigues you about the Victorian Era?

Máire offers an excerpt from THE DARK AFFAIR:

The room looped and James closed his eyes, desperately trying to keep his footing. He reached out and grabbed her wrist. “I don’t believe you.”

She tensed but didn’t scream. She didn’t make a sound. Only locked gazes with him, daring him. Daring him to make the right choice and not the mad one. Even so, now that his fingers had encompassed her wrist, he couldn’t help but savor the feel of her delicate bones and smooth skin under his roughened hands. It was as though he’d latched onto an anchor that would keep him from drifting wildly on raging seas.

“I know when I see a man stewin’ in his own pain,” she said softly. “Why don’t you tell me about it?”

He snorted. “I don’t want anyone’s help. And I am not talking to you about such things.”

“Sure, and could you not make an exception given the unusual circumstances?” she asked. “You don’t want to stay here until they truss you up like a Christmas goose.”

Good sodding Christ. How in the hell had he ended up here? In this room. With this this cool as steel Irish lass, passing off imprisonment as a joke? He, Viscount Powers, in a madhouse. Oh. . . Yes. His father had tossed him here. But for what reason? Because he’d gone on a few benders in the course of a few weeks? What man didn’t? Granted, the last had been particularly bad. He could scarcely recall many days, just bruised and bloodied knuckles and the scent of opium smoke. That hardly seemed--

“Are you listening, James? If you are, I’d be grateful, if you’d let go my arm.”

Instead of letting go, he slowly inched her forward and slid his fingers about hers until he was holding her hand just like a suitor strolling through the park. She wanted to be intimate, did she? “Your name then?”

A muscle twitched in her cheek at his newly enforced, but gentle touch. “Margaret.”

He dropped her hand and took a pointed step back from her, his own gaze hot as he weaved slightly. “Maggie, you call me James one more time, and I will stuff my bedclothes down your lily-hued throat.”

She staggered a little at his sudden movement but then righted herself by smoothing her hands down the front of her skirts. “What a colorful and interesting proposition.”

“Interesting?” he echoed, disbelief rattling through him mixing with the liquid hot feel of his muscles and bones. Why the hell wouldn’t she go away as all the others had done? Either she had a death wish or she was incredibly dense. He was guessing on the former.

She nodded, her eyes traveling over to the mattress which was clearly bare of linen. “Do you like being medicated, my lord?”

He shook his head slightly, fighting off the fog that had been rolling in and out of his life these last days. “Medicated?”

“Sure and they’ve been giving you morphine,” she said softly. “Were you not aware?”

He tore his gaze from her and let his attention dart around the room. Searching for something, anything to hold him as panic began its evil dance inside him. Morphine? No wonder he felt lost. Lost. So lost and furious. Futile desperation crawled into his gut. How could he make them stop giving him the stuff? Just so he could have a little clarity. A little time. A little time to prove he was not completely out of control. “No. I didn’t. I knew--”

She sidestepped a little, looking toward the door. “Something wasn’t quite right?”

He gave a curt nod, his teeth grinding as he clamped his jaw tight.

She turned her so serene face back to him then said solemnly, “Will you talk about Sophia if you refuse to talk aught about yourself?”

The fight which had been so ready to burst in him fizzled down to the burning plight of ashes doused in London’s debilitating rain. All he wanted to do was drag his tired body to the bed, collapse upon it, and curl into a conciliating ball. “She’s dead.” The words reverberated through the room, bouncing in the cold air around him, like cruel, north Essex mocking birds that would not cease their chatter.

“All the more reason to recollect her, I should think.”

He frowned, sorting through her collection of words slowly, carefully, wondering. “Should you?”

That face of hers, like all the virgins in all the cathedrals in every godforsaken place in Europe, stared back at him, so calm, so unaffected by his wildness, so full of. . . perfection.

Perfection, he found, was usually a meticulously created guise to hide something horrible beneath. What horrors did she hold beneath her porcelain façade? Perhaps, he should endeavor to interrogate her.

He smiled dryly. “And do you like to recollect your dead, Maggie?”

Her shoulders tensed under the pressed wool molded to her bodice. “I do.”

Shaking his head, he lifted a finger and wagged it at her. “You’re lying.”

It was tempting to let his shoulders collapse and break under the weariness of humanity. Everyone lied. Everyone betrayed. Even the dead. The ones lost to him. But in the end, hadn’t he been the greatest betrayer of them all?

He pinned her with his gaze, challenging her to continue, wishing to a god he didn’t believe in that she would just give up and go. For he would not ever allow her to see his true face. No one was allowed to see that now. 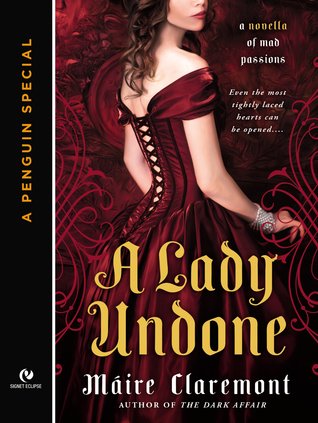