Aloha to JeannIe Lin and THE LOTUS PALACE 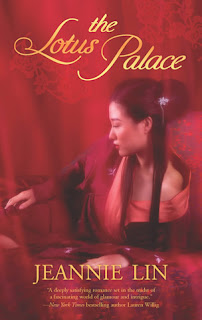 Today I welcome Jeannie Lin with a special guest post to celebrate the upcoming release of THE LOTUS PALACE.

Thank you SOS Aloha for having me!

THE LOTUS PALACE, which releases on 8/27, centers around the pleasure house culture of the Pingkang li where scholars and bureaucrats mingled with elegant courtesans.

In the book, the heroine Yue-ying, is a maidservant to one of the infamous beauties of the quarter and thus spends a good amount of time dressing her mistress and tending to her boudoir. So I thought it might be fun to provide a quick primer on ladies fashion in the Tang Dynasty. 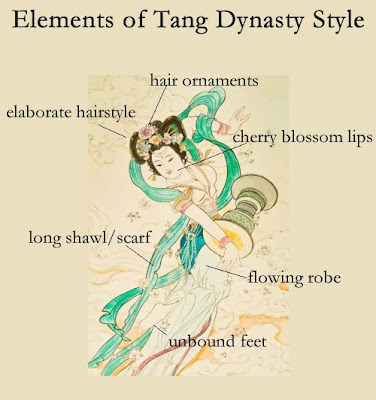 Hanfu robe – Not to be mistaken for the Japanese counterpart, the kimono. In fact, the kimono came from the Chinese hanfu, which was the clothing worn by the Han people. Ladies’ robes ranged from the simple to the elaborate, layered look favored by court ladies. The cloth was meant to flow like water as the women moved.

Shawl/scarf – The hanfu is often accompanied by either long sleeves or a long shawl or scarf made from a light gauze. This added to the sense of movement and you can see it used to dramatic effect by dancers of the period.
Hair and makeup:

Elaborate hairstyle – The Tang Dynasty was known for all sorts of chignons, loops, buns and knots to create extra height and volume. Bigger was definitely better.

Hair ornaments – The elaborate hairstyles were usually adorned with hair ornaments. Flowers were common as well as ornaments made of jade meant to catch the eye.

Makeup – There is an elaborate make-up ritual described which describes how to powder the face and draw in eyebrows as well as create accents over the cheeks and forehead. Lip gloss or lip color was very popular in the Tang Dynasty. The lips would be covered with a powder and then drawn in according to whatever pattern was popular at the time. Apparently there were over 30 popular patterns in the last 17 years of the Tang Dynasty.
Feet:

Unbound feet – Shapely, elegant feet were always popular, but Tang Dynasty women did not bind their feet. This came about in a later dynasty and even then, it wasn’t a universal practice. I just had to add that, since it’s been a bone of contention!
Giveaway:

Comment to win an autographed copy of THE LOTUS PALACE along with a traditional Chinese hairpin. (which features prominently in the story!) 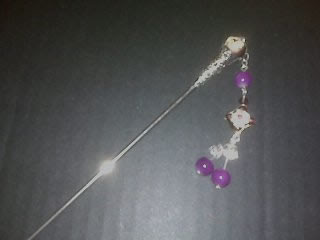 THE LOTUS PALACE, a historical romance and murder mystery set in the Tang Dynasty, releases on 8/27/2013. A clever maidservant teams up with the notorious playboy and failed scholar of the Pingkang li to solve the crime, but can they defy the bonds of class and culture to find love and happiness?

FREE READ! You can also get a peek into the pleasure quarter in the introductory short novella, CAPTURING THE SILKEN THIEF.  Free from 8/25 to 9/7 on Amazon and B&N.
Amazon - link 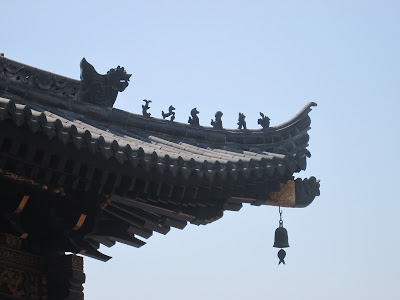 Mahalo, Jeannie, for joining us today.   Comments are open through Saturday, August 31, 10 pm in Baltimore.  I'll post the winner on Sunday, September 1.

Check out my pictures from our recent trip to China on my travel blog, ALOHA ON MY MIND, at this link.  Scroll down to Blog Archive, click on June, and look for posts from Beijing and Xi'an. 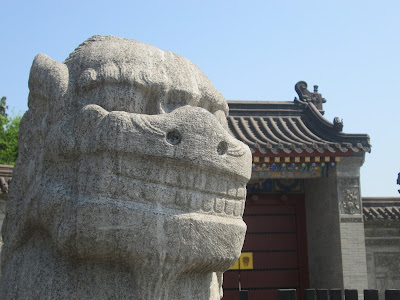