Aloha to Lecia Cornwall and BEAUTY AND THE HIGHLAND BEAST 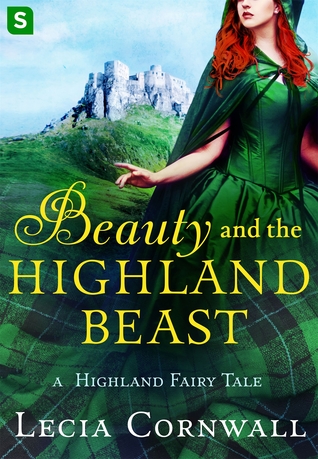 A Scottish Twist on a Classic Fairy Tale ...

Powerful and dangerous highlander Dair Sinclair was once the favored son of his clan, The Sinclairs of Carraig Brigh. With Dair at the helm, Sinclair ships circled the globe bringing home incredible fortune. Until one deadly mission when Dair is captured, tortured and is unable to save his young cousin. He returns home breaking under the weight of his guilt and becomes known as the Madman of Carraig Brigh.

When a pagan healer predicts that only a virgin bride can heal his son’s body and mind, Dair’s father sets off to find the perfect wife for his son. At the castle of the fearsome McLeods, he meets lovely and kind Fia MacLeod.

Although Dair does his best to frighten Fia, she sees the man underneath the damage and uses her charm and special gifts to heal his mind and heart. Will Dair let Fia love him or is he cursed with madness forever?

Lecia Cornwall lives and writes in Calgary, Canada, amid the beautiful foothills of the Canadian Rockies, with four cats, two teenagers, a crazy chocolate Lab, and one very patient husband. She is hard at work on her next book.

Learn more about Lecia and her books at leciacornwall.com. 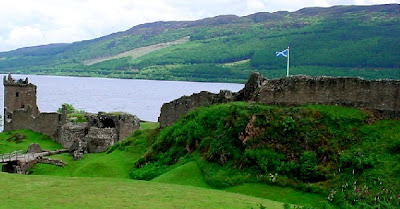 Lecia offers an excerpt from BEAUTY AND THE HIGHLAND BEAST ...

How had the Sinclairs heard of Moire? She was a humble soul. She kept to herself, tended the ancient spring of the goddess, and helped only those who came to her. Fear numbed the icy blast of the wind as she stared up at Carraig Brigh’s bony tower, a crooked black finger rising from a solid fist of rock.

“Ye’ve made a mistake,” she whined as they rode under the iron teeth of the gate. “I’m naught but a simple midwife.” No one listened, and the wind carried her pleas over the edge of the cliff and drowned them in the bay below.

In the bailey, men stood in the light of gale-thrashed torches. There wasn’t a friendly face among them, or a word of welcome.

Someone hauled her off the garron, kept hold of her arm as he propelled her across the bailey. The portcullis fell with a metallic squall that ended on a human note, a wail of pure agony that floated down from the tower and made Moire’s innards curl against her backbone. The clansmen shifted uneasily, crossed themselves, and turned their eyes up to the narrow window high above them. Moire’s escort grabbed a torch from the nearest man as he opened an iron-studded door and pushed her up the steps inside.

“Do you truly have magic, old woman?” he asked. “You’d best hope you can conjure a cure.”

She stumbled. A witch. They thought they’d summoned a witch.

“A midwife, just a midwife,” she protested again, panting. The curving stone steps were steep, but he gave her no time to catch her breath. Her old legs were no match for his long, muscular ones. She scrabbled at his sleeve. “Please, there’s been a mistake.”

“There’s no mistake, Moire o’ the Spring. ’Tis you and no other we were sent to fetch. The chief would summon the devil himself if he thought it could save his son.”

“What’s wrong with him?” she found the courage to ask.

He grunted. “Have ye heard of Jean Sinclair?”

“Aye, of course. The lass they called the Holy Maid of Carraig Brigh,” Moire replied.

“That’s her. She was Alasdair Og’s cousin, the chief’s niece. Padraig wasn’t pleased when she decided to take holy orders and shut herself away in a French convent.” He rubbed a hand over his face. “’Tis a sad tale. They set sail from Sinclair Bay and put in at Berwick for the night, only to be ambushed by English soldiers. Alasdair Og thought there’d been a mistake, that they’d been taken for pirates, perhaps, or kidnapped for ransom. He imagined it would be a matter of a few days’ delay, an exchange of coin, and they’d be on their way again. But they didn’t bother themselves about ransom. They took the gold Alasdair Og was carrying right enough, and the goods, and the ship, and they murdered his crew. Then they beat Alasdair Og half to death, and threw him and Jean into the dungeon of Coldburn Keep.”

Moire put a hand to her throat, a shiver racing up her spine.

“Worst of all was what they did to poor wee Jean. They raped her, tortured her, then murdered her in front of Alasdair Og. He was chained to the wall, could do nothing to help her. She pleaded with God for help. She was just a slip of a girl. They said if she was Catholic and a Highlander, then she was no better than an idolatrous witch. ’Twas hatred—not just for the Scots, but for Alasdair Og in particular. They called him a pirate, blamed him for things that had nothing at all to do with the Sinclairs. It wasn’t wee Jeannie’s fight—Alasdair told them that, but they wouldn’t listen. He lay in his own filth for a fortnight, chained, wounded, and listened while they beat her, broke her bones, tormented her. They kept him alive to hear her screams.”

“And then?” Moire asked.

The man grimaced. “They hanged her as a heretic in the courtyard, forced Alasdair to his feet, made him stand at the window and watch.” He stared down at her from the step above. “He can’t forget any of it. That’s why they call him mad—he has nightmares, feels constant pain, and starts at shadows. Can you help him?”

She blinked. Did the holy maid haunt Alasdair Og Sinclair? Perhaps it was the devil’s work after all. Moire knew little of the Christian God, either Catholic or Covenanter. She followed the ancient goddess, tended her sacred spring . . .

Another guttural scream came from the top of the tower. Moire shrank against the cold stones of the wall and made a sign against evil.

Her companion took hold of her arm again. “Come on.” He opened a door at the top of the steps, dragged her through it. The room was nearly dark, lit by a single candle—expensive beeswax—and the dull glow of a brazier in the corner. The sweet scent of the candle mixed with the dark stink of old blood, corruption, and sweat. It was a smell Moire knew. It meant illness far beyond her ability to heal, and death.