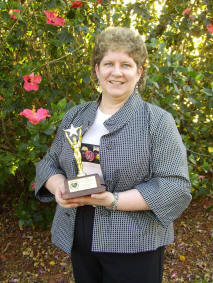 During the SOS Military Tribute, I ask the audience to sing each service's hymn.  One author who sings the Marine Corps Hymn with pride is Julie Miller.   She is the daughter and sister of Marines.  Julie has also been an SOS sponsor since 2006 (if not longer).  Her books reflect her family's values of excellence and service:

Julie Miller is an award-winning author--with a National Readers Choice Award and a Daphne du Maurier among other prizes. In 2009, she was honored to receive a Career Achievement Award in Series Romantic Suspense from Romantic Times Book Reviews. Several of her 40+ books have appeared on the USA Today, Borders/Waldenbooks and BookScan Top 100 Romances bestseller lists.

After writing single-title paranormals for Dorchester, Julie joined the Harlequin/Silhouette family when her first Intrigue, ONE GOOD MAN, was published in 2000. Since then, she has crafted the best-selling, award-winning Taylor Clan series for Intrigue, as well as its equally successful spin-off series, THE PRECINCT. While she continues to write about cops and crime scenes for Intrigue, Ms. Miller occasionally writes for Harlequin Blaze--where her romantic suspense books get a steamier twist, and her military heroes have been especially popular. She has also written for continuities and other special projects at Harlequin/Silhouette.

Julie is a teacher who grew up in Missouri and now lives in Nebraska with her husband (a teacher and YA author), son (a college student majoring in Music Business) and an assortment of spoiled pets. She's been dubbed the resident "Grammar Goddess" of her local writing group, The Praireland Romance Writers. 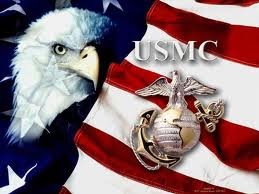 Julie has many duties at the RT Booklovers' Convention - she is the captain of the Series Romance workshops.  And, of course, she'll be signing her heart out to the Marine Corps Hymn,

From the Halls of Montezuma,
To the shores of Tripoli;
We fight our country's battles
In the air, on land, and sea;
First to fight for right and freedom
And to keep our honor clean:
We are proud to claim the title
Of United States Marine. 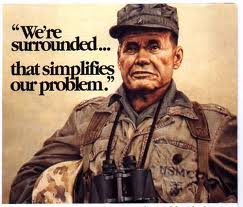 Our flag's unfurled to every breeze
From dawn to setting sun;
We have fought in every clime and place
Where we could take a gun;
In the snow of far-off Northern lands
And in sunny tropic scenes;
You will find us always on the job
The United States Marines. 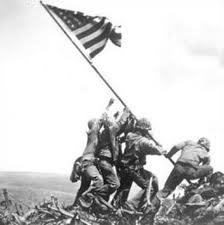 Here's health to you and to our Corps
Which we are proud to serve;
In many a strife we've fought for life
And never lost our nerve;
If the Army and the Navy
Ever look on Heaven’s scenes;
They will find the streets are guarded
By United States Marines.

In honor of Julie, I am giving away one of her books from the SOS Military Mixer.  I'll ask Julie to sign it to for the winner.  The winner will also receive a Marine Corps tote bag from Kaneohe Bay.  To enter the giveaway,

2. This giveaway is open to US residents only (international readers can request convention bling at COUNTDOWN TO CONVENTION).

3. Comments are open through Tuesday, April 12, 10 pm in Hawaii, to enter the giveaway.

The winner will be announced on Wednesday, April 13, during the Weekly Winners announcement post. (note the delay due to my travel schedule with RT).

I also contact the winner if I have winner's email address

4. If you are new to SOS Aloha, please make sure I know how to contact you. If your Blogger profile does not provide your email address, please send it to sos.aloha@yahoo.com. (I have several unclaimed prizes because I do know how to contact the winner).

Make sure you stop by COUNTDOWN TO CONVENTION to see how you can help me (questions for authors) and what I can get you (RT magazine, bookmarks, and trading cards).

Posted by Kim in Baltimore at 4:14 AM