Aloha to Eileen Dreyer and PRINCE OF A GUY 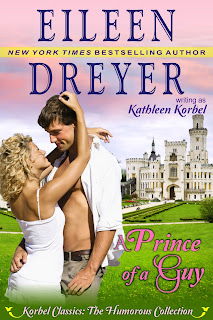 The Magic of Books

I grew up in a two-bedroom house with ten people. My dad hated for me to say that. He was always afraid people would think we were like an Erskine Caldwell novel, in a hovel down by the tracks. It wasn't. It was a lovely, tidy little house in a great neighborhood where we played out in the evenings and had block parties. But the house had two bedrooms. My sister and I were in one, my parents in the other and the boys and my grandpa in the attic my dad had tailored.

The thing about living in a family like that was that we had great educations, and a lot of sports and camping, because that's what we could afford. Once a year we took a twelve hour trek up through Illinois into Michigan to stay at a cabin my uncle had built on Lake Michigan.

My memories of those visits were my first indication that I yearned for greater, more magical things than a ballerina-wallpapered bedroom and kick the can in the street. That lake was magic to me, something so alien to my landlocked existence in St. Louis that I was forever having dreams that somehow they'd built land up in the lake like Amsterdam, and somebody put a car plant right in front of the cottage. And yet, every year we would come over that last little hill, and there would be the lake sparkling all the way to the horizon, the beach empty and golden, the clouds piling up in in the distance. It was my Wonderland. My Oz. The closest thing to great travel and adventure I could imagine.

And then, I found the library. I'll never forget those first great realizations that inside a book I could go anywhere I wanted to. It was breathtaking to me. I could fly to Corfu or take a tramp steamer to the South Seas, sail in an old tall ship to India and drive Route 66 all the way to the Pacific. Within my imagination and an author's words the world—the universe—was mine.

And then, I came to my second realization. I could not only go wherever I wanted, I could be whoever I wanted: a girl detective, an army nurse, a rabbit, a wise man from India, an evil sorcerer. A nun. A cowboy.

I already had an imagination. Books fed it like water a plant in the desert. I mean, my physical world was limited. But I found that the world inside my mind was immense. And more and more I wanted to spend time there.

And then. Oh, and then I discovered if I didn't find it in a book, I could put it in my own book. I was ten when I began to write my own stories. I'd been devouring Nancy Drews like jellybeans and reached the inevitable end. I do really remember the day I walked up to Mrs. Madras at the Brentwood Library.

“Excust me, Mrs. Madras,” I said. “I've read all the Nancy Drews back there. Where are more?”

Next year?!! I could be dead next year!(now lest you think I was unpardonably dramatic—I was only pardonably dramatic—this happened in the midst of the Cuban Missile Crisis when we spent afternoons curled up under our desks preparing for nuclear holocaust). I trudged back out of that library knowing that all the joy had drained out of my life. And then? Then, literally, the lightbulb went on.

“Wait! I can write my own!” I started to smile again. “And I can make them turn out the way I want them to.”

And from that moment on I realized that not only could I visit anywhere and do anything somebody else thought of, I could create all the worlds and people I wanted myself. Pretty powerful stuff at ten. I created twin sisters who solved crime in a boarding school(I quickly realized that I'd just created a limited victim pool).

Which leads me to Prince of a Guy. Not only did I get to be a secretary from Brooklyn, I got to be a secretary from Brooklyn who had to impersonate a princess from a tiny European country(that I invented. In fact, my favorite fan letter was from an irate reader. “Dear Author. You obviously know nothing about royal protocol.” “Dear Madame,” I answered. “It's my country. It's my protocol.”). Oh, and yes. I—er, she—gets to fall in love with an actual handsome prince.

Not bad for a girl from a two bedroom house in St. Louis who didn't get on a plane 'til she was seventeen. Easy stuff for an imagination raised on adventure stories and travel(I did get to do that, too. On my webpage, under the Extra link is a TRAVEL FOR FUN page. Stop by for some stories and recommendations). I might not have gotten to the Alps before writing Prince, but I could go there any time I wanted in my imagination. And nobody told me no. 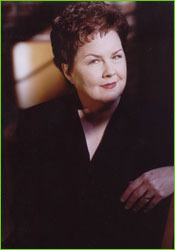 Mahalo, Eileen, for sharing the magic of books!  Eileen is giving away a digital copy of PRINCE OF A GUY to one randomly selected commenter:

When New Yorker Casey Phillips visits the tiny country of Moritania, she simply wants to see where her ancestors came from. Instead, she's mistaken for a princess.

The real princess has been kidnapped, and Crown Prince Eric von Lieberhaven insists Casey—a dead ringer for the missing royal—step into the princess's shoes until she can be freed.

As Casey upends royal tradition, Eric finds himself hoping the cheeky American never returns home. But can a secretary from Brooklyn really find happiness with a prince?

1.  Leave a comment about a favorite book you checked out from the library.  I discovered romance while living in the Netherlands.  I was fortunate the Army library offered Heather Graham's romantic suspense titles set in my hometown of Miami, Florida.

2.  Comments are open through Saturday, October 17, 10 pm in Baltimore.