Aloha to Shannyn Schroeder and HIS WORK OF ART 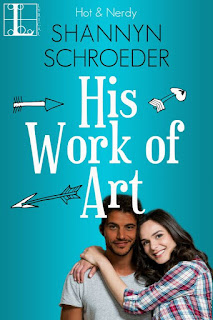 I never thought I would write New Adult. When the category (genre?) popped up, it slowly gained attention until suddenly it was everywhere. People argue about what New Adult is and what it isn’t. I spent a long time thinking about it so I could try to explain what it is and how my novellas are different from my single-title contemporaries. Many people argue that NA is just Young Adult (YA) with sex. It’s not. I’ve read YA with sex. They weren’t NA.

The best way I have to explain the difference is by using two movies from the 80s (and yes, I’m showing my age). The Breakfast Club and St. Elmo’s Fire both came out in 1985 and they are perfect examples of the differences between YA and NA.

The Breakfast Club (for those of you who are too young and have not experienced the great culture of the 80s) is about a group of teens who are all stuck in Saturday detention together. Each character is from a different clique within the school – the princess, the athlete, the criminal, the brain, and the basket case. The movie is about these teens and their lives, even though they never leave the school. The focus is on who they are, how they relate to their parents, and how they fit in at school. They challenge each other and the stereotypes that they embody, but they know that come Monday morning, they will go back to who they are. In the life of a teen (as I can attest to being the parent to a couple) the whole world revolves around them – or so they think.

St. Elmo’s Fire, on the other hand, follows a group of friends who have just graduated college. They, too, struggle with who they are, but it’s not their place in school, but their place in the world. They have to deal with the reality that they are adults and they have responsibilities and bills and jobs. They can’t just go sit at the bar and get drunk every night like they did for the past four years. Life is suddenly real and they aren’t sure how to handle it. They’ve come to the realization that the world does not, in fact, revolve around them. If they screw up, it’s on them to fix it. It causes a whirlwind of, “How the heck do I do this adult thing?”

Now, NA, on the other hand … There’s something interesting and magical about that age. Stepping up and truly discovering yourself and standing on your own two feet for what might be the first time can be heady and exhilarating and scary as heck. Therein lies the draw for readers and authors of New Adult.

HIS WORK OF ART

Reese Carter is definitely not your average college girl. She’d prefer to spend Saturday nights playing Hero’s Crusade than attending a wild frat party on campus. When she bands together with Adam, fellow comic enthusiast and illustrator, it appears that Reese has formed a dream team sure to propel her writing into the comic hall of fame.

Adam Hayes has never met a girl like Reese. She’s sassy, smart, and loves talking comics, although he can’t see why she’d choose DC over Marvel. He’s thrilled to finally put his artistic chops to use in their upcoming comic project. But this relationship is strictly professional. Or so he tells himself. When the two combine forces, they churn out magic in more ways than they had planned; they never expected to develop a steamy romantic sub-plot of their own… 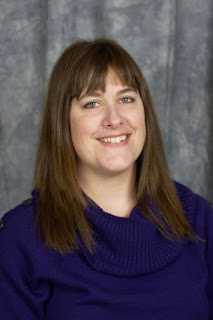 Shannyn Schroeder is the author of the O’Leary series, contemporary romances centered around a large Irish-American family in Chicago and the new Hot & Nerdy series about 3 nerdy friends and their last spring break. When she’s not wrangling her three kids or writing, she watches a ton of TV and loves to bake cookies.