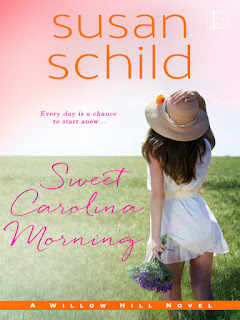 Life down South just got a whole lot sweeter in Susan Schild’s new novel about a woman whose happily-ever-after is about to begin…whether she’s ready for it or not.

Finally, just shy of forty years old, Linny Taylor is living the life of her dreams in her charming hometown of Willow Hill, North Carolina. The past few years have been anything but a fairy tale: Left broke by her con man late-husband, Linny has struggled to rebuild her life from scratch. Then she met Jack Avery, the town’s much-adored veterinarian. And she’s marrying him.

Everything should be coming up roses for Linny. So why does she have such a serious case of pre-wedding jitters? It could be because Jack’s prosperous family doesn’t approve of her rough-and-tumble background. Or that his ex-wife is suddenly back on the scene. Or that Linny has yet to win over his son’s heart. All these obstacles—not to mention what she should wear when she walks down the aisle—are taking the joy out of planning her wedding. Linny better find a way to trust love again, or she might risk losing the one man she wants to be with—forever… 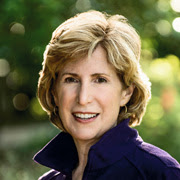 Susan is a wife and a stepmother. She enjoys rummaging through thrift store for treasures like four dollar cashmere sweaters and amateur watercolor paintings. She likes taking walks with her Lab mix, Tucker, and his buddies. She and her family live in North Carolina.

Susan has used her professional background as a psychotherapist and a management consultant to add authenticity to her characters.

SWEET SOUTHERN HEARTS, the final book in the Willow Hill series, will be released in January of 2017. Readers can look forward to more adventures, new beaus, sinister ministers, lovebirds over fifty, a road trip for Mama and her pals, and maybe even an “I Do”...or two.

Chapter 1: Trouble in the Stepmother Hood

Though it was February, the galley kitchen at her future husband’s old farmhouse was steamy and hot, but Linny hardly noticed. Peering at the pages on the counter, she pushed back up her nose the reading glasses she'd had to borrow from Jack and double-checked to make sure she’d not left out any key ingredients. Why had she printed the recipe in ten-point font?

Tonight’s menu came from a website she’d found called Recipes for Picky Eaters, and she hoped it was a winner. She shook her head, chagrined at Jack’s reaction to the first possible menu she’d suggested. He’d kept that pleasant smile on his handsome face, but his eyebrows had shot up. Once they’d come back down to normal, his veto had been so diplomatic. “Darlin’, the mountain trout, braised Brussels sprouts, and beet salad sounds tasty, and I hope you cook them for me real soon, but eleven-year-old boys’ tastes tend to be more… well, mainstream.”

Blowing back a stray lock of hair, she turned on the oven light and peeked inside. The neat rows of crusted chicken breasts were browning nicely in their casserole dish home. The side dishes—creamy-looking mac and cheese and green bean casserole topped with onion rings—were both bubbling gently. She breathed in cooking smells and was transported back to Sunday suppers at the farm when Nana and Paw-Paw were still alive. Sighing, she felt a wash of safety, contentment, belonging. Those were just the feelings she wanted to infuse in this new little family.

Sliding into the chair, Linny admired the old kitchen table and touched the swirls of the tiger oak. It felt warm, solid. How many other families had sat around it and shared their lives over meals? She pictured her and her two men gathered around like in a scene from the Hallmark Channel, talking and laughing about their day. Jack and Neal would lavishly compliment her on her cooking, she’d blush, wave them off, and act as though it was no big deal. “I just threw the meal together,” she’d trill.

Trouble was, it was a big deal, and not just because Linny was just learning to cook. She rubbed her chin and thought about it. This morning, Jack had sat his son down after they’d cleaned up from their pancake breakfast and told him that he and Linny were marrying in the summer. Linny had just sat beside Jack and let him do the talking but felt a stab of sadness as she saw Neal’s face fall. Forlorn. He looked forlorn. When he asked in a trembling voice, “So, you and Mom aren’t ever getting back together?” she thought her heart might break. He still held out hope for his family to be whole again, the way it used to be. Never mind that Neal’s mother, Vera, had already remarried the year before. Though Linny and Jack had been dating officially since October, she’d only just started spending a lot of time with the two of them. Jack hadn’t wanted to introduce her to his son until they knew they were serious, so Linny was only just getting to know the young man.

Linny got a nervous flip in her stomach when she thought about becoming a stepmother. She’d gone thirty-eight years without children, and in a few short months, she’d be slipping into this new role without even a course or certificate. Linny got up and made herself a mug of Chamomile tea. Calming, the label said. She sat back down and blew on the tea to cool it and tried to quell the thrum of the squadron of butterflies that was revving up in the pit of her stomach.

Staring out the window, she thought of the other scenarios she’d been imagining, in living color and the minutest detail. If she messed up in this new job, he’d be that troubled teen with the shaved head who sold pot and lived in their basement after he dropped out of school in tenth grade. Neal would end up being the inebriated driver of a speeding car full of kids who drove them into a tree after leaving an unchaperoned party. Her heart banged as she tried to obliterate the image she’d seen in this morning’s News and Clarion -the mangled wreckage of a barely recognizable car driven by a teen going the wrong way on I-40. He’d killed himself and badly injured a whole vanload of kids on the way home late from a church youth group retreat. Pulling out her phone, she scrolled through her emails as the good smells wafted from the oven and felt her shoulders relax as she reread Mary Catherine's note. Nice to have a best friend who practiced family law.

Under the subject line, Impending Stepmother Hood, her friend wrote:

You asked for advice on your new parenting gig. Remember, a lot of divorced couples and blended families don’t talk civilly and don't act in the best interests of children. In my practice, we serve more of the send-the-kids-home-dirty and talk-trash-about-the-stepmother crowd. What not to do may be more useful than what to do.

Another disclaimer: I’m no expert on teenage boys just because I had one. Remember just a few months back, my nineteen-year-old almost got a DUI on a bike. Boys are knuckleheads between the ages of eleven and twenty-four. Your nerves will fray no matter how hard you try to be a good mother—or, harder yet, stepmother—but I will tell you what I know.

Meet me for a quick breakfast 7:00 a.m. Wednesday at Jumpin’ Joe’s Bean House?

Blowing out a sigh of relief, Linny replied, Perfect. She let herself sink back into the chair for a moment. Thank goodness for Mary Catherine.

Glancing at the clock, she rose and fretted as she checked the timer. Last weekend’s cookout at her place had been a bust. Neal had picked at his food, claiming he “'just wasn’t hungry.”' What American boy didn’t like grilled hamburgers and French fries made from scratch—from the actual potato? Could it be that he didn’t like her? She tried to dismiss the thought. How could he not like her when she was already so fond of him? He was whip smart, mostly well mannered, sensitive, and had an offbeat sense of humor that would catch her when she wasn’t expecting it and make her burst out laughing.

Tonight would be different, she decided, setting flatware firmly at the three places at the table. After grilling Jack extensively about his son’s food likes and dislikes, she’d scoured the internet for the perfect menu. If she was finally going to embark on this mother thing, she sure as heck was going to excel at it. She’d do the whole shebang: soccer weekends, volunteering on field trips, deep talks about life. She’d waited long enough for this little family, and now that she’d got it, dang it, she was going to do it right. The water glasses spilled over as she set them too firmly down on the table.

Jack and Neal were still at the barn with the mare that was about to foal. She picked up the walkie-talkie and pressed the button. “Supper’s ready, men.”

The line crackled. “Be right up,” Jack said cheerfully. “I’m hungry as a bear.”

She’d just finished putting on a slick of lip gloss as they clattered into the room, bringing with them a wash of fresh February air. Her heart still skipped a beat when Jack gave her a boyish grin, and she longed for a kiss, but there was sweet-faced Neal, right on his heels. She felt a pang of regret. She and Jack had talked about it and agreed on the rule of no smooching or PDAs in front of the boy right on the brink of becoming a man. She felt wistful. Leaning against the stove, she smiled as she took them in, amazed at how much commotion the two could make just walking into a room, with their thudding boots, unzippering coats, biceps punching, and easy laughter. Linny raked back her hair with her fingers. Man, her too quiet life had sure changed. 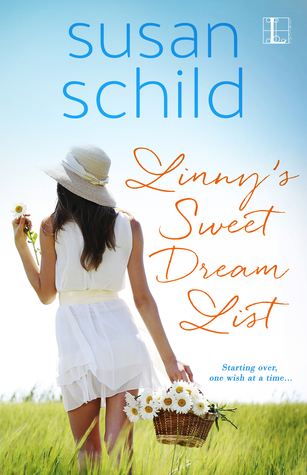