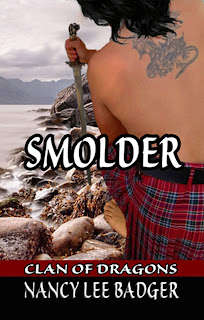 Today I am happy to help Nancy Lee Badger, the multi-published and award winning author, announce her 19th book - SMOLDER! Nancy has used her love of all things Scottish, as well as years as a volunteer at a Scottish festival, to take her readers to Alba.

SMOLDER is the third book in the Clan of Dragon series - paranormal fantasy romance. It is set centuries ago on the Scottish island of Skye.


An interesting side note: Nancy’s son, Eric Badger, a former army drill sergeant, is the cover model for all three books in the series. The tattoo shown on all the covers is actually on his back, a remembrance of his 9 years in the United States Army. 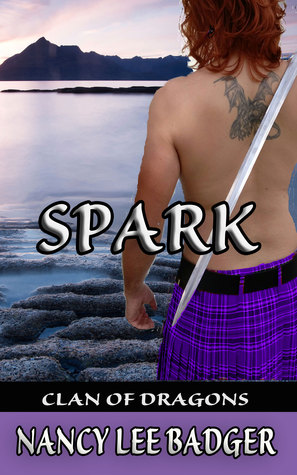 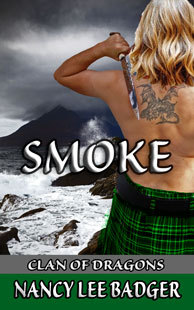 Fiona, a white doe, searches for her missing friend across Skye. Shifting, she swims in a fairy pool, until a dragon and two humans arrive. Their conversation about a festival makes her wonder if her friend might also visit the village.

Dougal, tasked with the safety of his kin while they celebrate Beltane, shifts into a human form. He would rather fly high, or race through the forest as a red stag. Spying the white doe he has sought for months, he follows her, but pirates, a villain, and drunken celebrators keep him from his task. Will he ever find her, and make her his? A dragon-shifter in pain wants nothing more than to fly, and he sure as hell kneels to no one.

“I be…a relation of Cliona Black. I be looking for her, as she seems to have disappeared from…our home.”

Fiona sputtered, as if taken aback by the anger behind his accusation.

“You be not related to Cliona. You look like her, but why do you lie to me?” Dougal said. His Cliona had no family beside him, but the resemblance was uncanny. He could not let her out of his sight until she answered him. He tightened his grip.

Fiona gasped. “You be hurting me, sir. I shall try to answer you, but not while imprisoned.”

As he glared at her, the scent of smoldering ash replaced the aroma of the fresh bread. His inner dragon screamed to be released, to lash out and spew flames. She ought to fear him, and whimper like a meek human lass. For some mysterious reason, he couldn’t make his fingers let her go.

The human flesh beneath his fingers was warm and silky smooth, and he wondered if the rest of her was as appealing. She smelled heavenly, and the urge to taste her made his groin tighten, and his head lower.

He melded his mouth with hers, and drank in her deliciousness. She tasted sweet, with a hint of mulled cider. Her lips were as soft and plump as the clouds over the Black Cuillin Hills, and he wondered if her breasts, concealed beneath a shabby dress, were as soft. 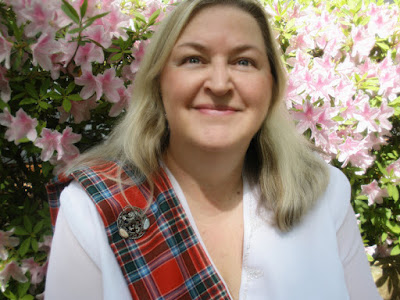 Nancy Lee Badger loves chocolate-chip shortbread, wool plaids wrapped around the trim waist of a Scottish Highlander, the clang of broadswords, and the sound of bagpipes in the air. After growing up in Huntington, New York, and raising two handsome sons in New Hampshire, Nancy moved to North Carolina where she writes full-time. Nancy is a member of Romance Writers of America, Heart of Carolina Romance Writers, Fantasy-Futuristic & Paranormal Romance Writers, Triangle Association of Freelancers, and the Celtic Heart Romance Writers. Nancy and her family volunteer each fall at the New Hampshire Highland Games surrounded by…kilts! 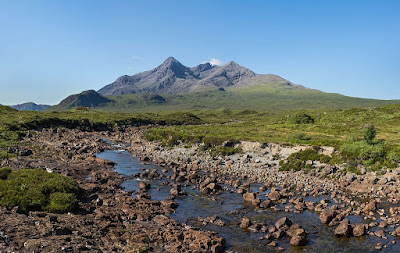 Nancy is giving away an ebook or a print version of Smolder to one lucky person, so please answer this question in the comment section:

If you were to visit the Scottish island of Skye, would you head to the Black Cuillin Hills or the Fairy Pools?

Comments are open through Sunday, March 19, 10 pm in Baltimore.  I'll post the winner on Monday, March 20. 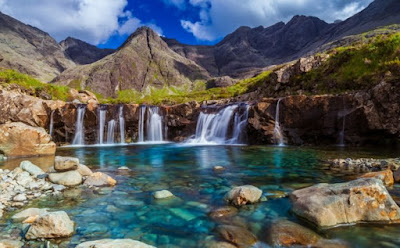