Aloha to Gloria Gaynor, Sue Carswell, and WE WILL SURVIVE 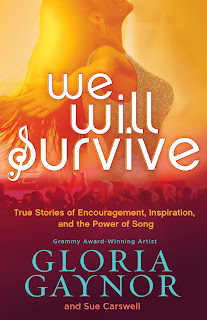 I often write about "Celebrate Little Victories" for my Saturday post.   I am thankful for my family, home, and even a part time job, even if we cannot be in Hawaii.  Because I will survive the challenges of military life.   It is my pleasure to share "Celebrate Little Victories" with Gloria Gaynor and Sue Carswell in celebration of their new release, WE WILL SURVIVE.

For millions of music lovers around the world Gloria Gaynor’s name is synonymous with pop music. An undisputed disco sensation, she was enjoying tremendous success in the 1970’s, performing to sold-out audiences across the country and riding the top of the Billboard chart with her hit single, “I Never Can Say Goodbye”. Little did she know that fate would soon strike in both tragic and triumphant ways. While performing a concert in New York City, Gaynor fell from the stage. She got back up and continued the performance, but the next morning she woke up unable to move. The singer required back surgery and a lengthy, painful recovery, and she nearly lost her recording contract. At the request of the label she went back into the studio (in a back brace) to record a cover version of a Righteous Brothers song called “Substitute”. The hastily selected B-side chosen for the single…a little tune you may have heard of called “I Will Survive”.

Over the last 35-years, “I Will Survive” has transcended from a surprise hit to a pop culture anthem. From its instantly recognizable opening riff to its final chorus, the song has become an international inspiration for people everywhere struggling to find the courage and strength to survive and thrive against life’s challenges and setbacks. Gloria Gaynor and the song have both become legends, and the legend lives on!

Gaynor will celebrate the 35th anniversary of the Grammy Award winning tune with a new book and a new CD. WE WILL SURVIVE: True Stories of Encouragement, Inspiration and the Power of Song (December 2013, Grand Harbor Press), written with Vanity Fair reporter Sue Carswell, shares personal stories from fans across the country who have triumphed over incredible adversity, and for whom the song “I Will Survive” has become a mantra for perseverance and success. The book recounts real-life experiences from people from all walks of life – from an Oklahoma Bombing rescuer to a 9/11mother to a Holocaust survivor. Gloria also opens up for the first time about her own personal life struggles including the murder of her sister and the break-up of her marriage.

WE WILL SURVIVE is both heart-wrenching and uplifting – a book that illustrates the unifying and healing powers of music. It also eloquently expresses Gloria Gaynor’s unique style – her fierce love of life, her devotion to faith and her enduring love for the song that has become the soundtrack of a million lives. “I still love singing it in concert, and on tour I save it for last,” says Gaynor. “I sing the song to myself every time I face a problem. It always works.”

*A portion of the author’s proceeds will donated to the NY Chapter of the American Diabetes Association (link) and Danny and Ron’s Rescue (link). 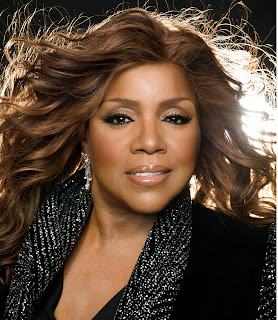 Grammy Award-winning singer GLORIA GAYNOR took the music world by storm in the 1970s, striking platinum with her disco hit "I Will Survive." “I Will Survive” was the only song to earn a Grammy for Best Disco Recording and was one of only 25 songs inducted into the Grammy Hall of Fame in 2012. Gaynor has appeared on countless television and radio shows, received numerous national and international music and humanitarian awards, and continues to perform around the world for legions of fans. Her most requested song is, of course, "I Will Survive."

Coauthor SUE CARSWELL, author of Faded Pictures from My Backyard (Ballantine), is a reporter-researcher at Vanity Fair and has ghostwritten numerous books. She is a former executive and senior editor at Random House Inc. and Simon and Schuster, a former story producer for Good Morning America, and correspondent for People magazine.
Grand Harbor Press is offering a print copy of WE WILL SURVIVE to one randomly selected commenter.  To enter the giveaway,

1.  Leave a comment about a song that lifts your spirits.