Aloha to Sophie Barnes and THE SCANDAL IN KISSING AN HEIR 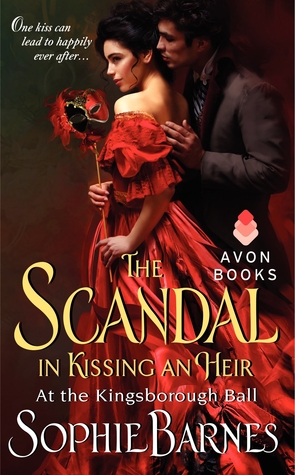 On this day in 1823, A VISIT FROM ST. NICHOLAS was published anonymously.  This beloved American poem, later attributed to Clement Clarke Moore, became a holiday classic.

I find it humorous that Americans accepted St. Nicholas'
midnight ride while the Ton would consider it scandalous for any man, let alone a jolly one, to enter their home.   They would expect St. Nicholas to marry the daughter, especially if she is on the shelf.   Oh, the Regency Era revels in scandal!

Today I welcome Sophie Barnes as she celebrates the upcoming release of THE SCANDAL IN KISSING AN HEIR, available December 31, 2013.  From her bio,

Born in Denmark, Sophie has spent her youth traveling with her parents to wonderful places all around the world. She’s lived in five different countries, on three different continents, and speaks Danish, English, French, Spanish and Romanian.

She has studied design in Paris and New York and has a bachelor’s degree from Parson’s School of design, but most impressive of all – she’s been married to the same man three times, in three different countries and in three different dresses.

While living in Africa, Sophie turned to her lifelong passion – writing.

When she’s not busy, dreaming up her next romance novel, Sophie enjoys spending time with her family, swimming, cooking, gardening, watching romantic comedies and, of course, reading. She currently lives on the East Coast.

Sophie:  A few years ago, my family and I visited Mallorca. We drove up into the mountains to a rustic village with cobblestone streets, cafes and blossom trees. This and coming nose to nose with a Walrus on New Zealand’s south island stand out as memorable experiences. In terms of food…hmm…sushi and fondue come to mind. Interestingly enough, the best Sushi I’ve ever had was in Ghana at a South African restaurant there, and although fondue is a time-consuming process, there’s something really fun about sitting around a table with friends and family while cooking your own pieces of meat. As far as music, I once attended a Mozart concert at a castle in Innsbruck, Austria. It was at night and at candlelight – the setting was spectacular. My favorite souvenir is probably the silver ring my husband bought for me on Mallorca. He has a matching one, both with a gecko engraved on them =)

Kim:  Did something happen in Africa to prompt you to pursue your lifelong passion of writing?

Sophie:  I really just needed something to do other than attend coffee mornings with the other expat wives – something that would give me a sense of purpose. So I started writing before the kids were born, then took a break from it for a year or two until I discovered historical romance novels and got hooked. I never realized it was such a big genre, but after reading the first book or two, I knew I’d discovered the types of books I wanted to write. Being the determined sort, I began writing How Miss Rutherford Got Her Groove Back whenever the kids were napping or while I was waiting for them to fall asleep in the evenings. One page at a time, the book eventually came together.

Kim:  As a writer, do you see the hidden nuances in the romance comedies you watch?

Sophie:  I see everything differently now that I’m a writer. In movies, the dialogue stands out the most, and though it’s more of a subconscious effort than a deliberate one, I do focus on the ways in which emotion in particular can be delivered and on how one sentence can be phrased so it conveys a thought or a feeling with incredible precision. When it comes to comedies, my favorite are the ones with double entendres, which is why I’m so fond of Shakespeare – I think he was brilliant.

Kim:  Tell us about the Kingsborough Ball series and your new release, THE SCANDAL IN KISSING AN HEIR - what inspired it?

Sophie:  The Kingsborough Ball series consists of three books with storylines running in parallel. Each has its own plot, but there’s also a secondary plot revolving around the Kingsborough Ball shooting that links the three books together. The Trouble With Being A Duke is loosely inspired by Cinderella, so for The Scandal In Kissing An Heir, I looked to Rapunzel, even though it has very little to do with the fairytale in the end, except for Rebecca being trapped in a tower for the first part of the story. Other than that, I begin by establishing the characters, deciding what sort of problems I want them to face and then allowing them to develop the story for me.

Kim:  What's next for Sophie Barnes?

Sophie:  I have two proposals in the works for a couple of series that I’m really excited about. One will be another three part series centering around some of the secondary characters from the Summersby series while the other will be a completely new idea in seven parts and with a singular mansion serving as the backdrop.

To learn more about Sophie and her books, check out her website at sophiebarnes.com.

Mahalo, Sophie, for sharing your travels and your stories with us!   Avon Romance is sponsoring a scandalous giveaway ... 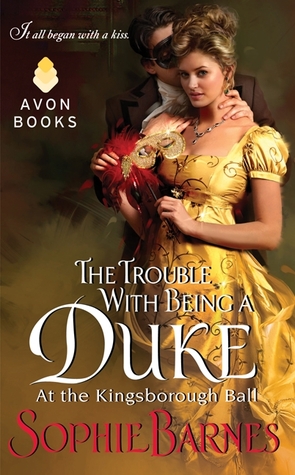 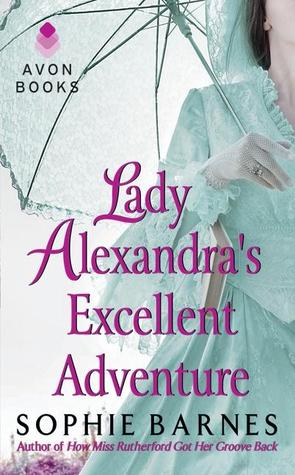 Posted by Kim in Baltimore at 8:43 PM