Aloha to Sarah Title and SNOWED IN

Winter can really be a bummer.

But do you know what can help with those cold, snowy winter blues? A nice guy. A nice guy with nice shoulders.

Maureen only agrees to go out with Gavin Fraser because a strange woman in the grocery store told her she should rebound with a stranger. So why not? She wasn’t going to get back together with her boyfriend, not after he dumped her so completely unceremoniously. And Gavin is handsome, and kind, and strong, and really, really hot.

Besides, it’s just one date.

But one date turns into one blizzard, and they’re stranded together for two whole nights. What on earth will they do to pass the time? 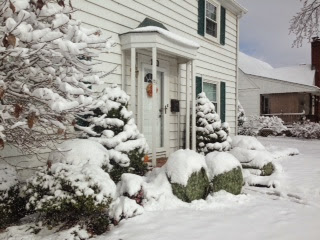 Snowed In: A Southern Comfort Novella

There’s nothing like a hot kiss on a cold day…

Librarian Maureen O’Connell might have predicted she’d find herself crying into the ice cream case at the supermarket after a bad breakup—but she definitely never imagined that a guy hot enough to melt the Rocky Road would flirt with her right there in the freezer aisle. Only Gavin Fraser isn’t a fantasy, he’s a mouth-watering new flavor…

When a freak snowstorm strands Maureen at Gavin’s after just one date, it’s a perfect excuse for something a lot steamier than hot chocolate in front of the fire. It’s definitely lust. Can it also be love? 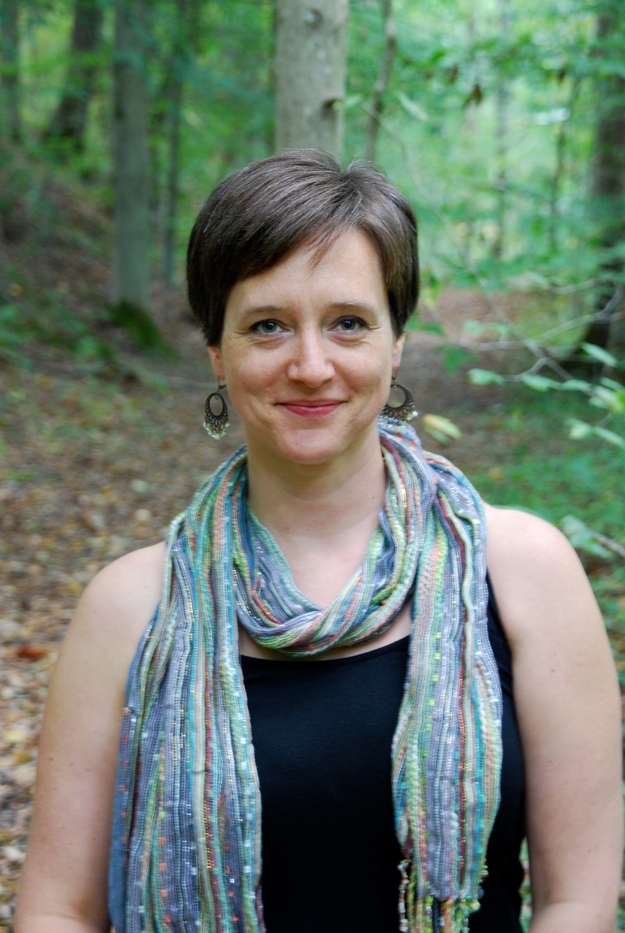 By day, Sarah Title is a (sort of) mild-mannered librarian in West Virginia, and by night, she writes funny, steamy, comfort reads. Her first book, KENTUCKY HOME, was released by eKensington in April 2013, and she has released another book, HOME SWEET HOME, and two novellas, "Kentucky Christmas" and "Snowed In," with eKensington (now Lyrical). She also contributed to the anthology, DELICIOUS, with Lori Foster and Lucy Monroe. Her newest book, TWO FAMILY HOME, will be released by Lyrical Press in August 2015. Find her on the internet, where she talks mostly about her dog. Sarah is represented by Louise Fury with the Bent Agency.

Sarah is giving away a digital copy of SNOWED IN to one randomly selected commenter.  To enter the giveaway,

2.  Comments are open through Saturday, February 21, 10 pm in Baltimore.

Sarah also offers an excerpt from SNOWED IN ...

A date. She hadn’t let herself think about it too much as she got dressed. If she thought about it, she would have reconsidered—really, she was in no position to be going on a date, emotionally or otherwise. It had only been two weeks since Dave had dumped her. But if she didn’t get out there she’d never, well, purge the memory of Dave. And if a promise to a funny-looking stranger in a grocery store wasn’t sacred, what was?

She could picture her new friend Billie’s look of horror as she tugged on her snow boots and squashed her curls with a cute knit hat. But Gavin’s weatherman was right, snow was predicted. And besides, he seemed to like her well enough in her spinster sweats; surely a little practical weather gear wouldn’t turn him off. She knotted a scarf around her neck and headed out the door.

Gavin watched her pull into the little parking lot behind the Cold Spot, right next to his truck. He’d been waiting outside for her, and the tips of his ears felt like they were going to freeze off. But from the moment she’d accepted his date—or he’d accepted hers—he couldn’t stop thinking about her, about her smile, and her quick wit, and her lush body pressed against his …

The cold air was not doing enough to dampen his lust. Pippa had given him hell the whole ride home, teasing him for chasing after strange women in the parking lot like a dog in heat, then chastising him for not introducing her. He hadn’t told her about his previous experience with Maureen O’Connell, former mystery woman. Pippa had enough to worry about with her own romantic evening, though, so he could keep the memories to himself.

He was in such a good mood about it that he sent the new guy home early. Then it was just him in the big old house, puttering around the office, pretending to check his email, killing time until six o’clock. He had tried on every damn shirt in his closet before he realized with disgust that he was nervous. Nervous! Gavin Fraser was not nervous around women! In the end, he just picked up the nearest shirt, a button-down flannel, tugged on his boots, and left the house.

He arrived at the restaurant twenty minutes early.

“Am I late?” she asked as she approached. She looked different without tear smudges on her face. Her eyes were bright and clear, and the green knit cap she wore pushed her curls down to frame her face. She was adorable. The jeans weren’t bad either. A definite improvement over the sweatpants.

And he had never been so turned on by snow boots in his life.

“You look freezing. Don’t you have a hat?”

“I like to feel the cold air.” Yeah right. He took a deep breath to make it a little more convincing. “Makes me feel like a man.”

She laughed, her smile reaching up to crinkle the corners of her eyes. She turned away from him toward the nearly empty street and took her own deep breath. “It is nice. You can smell the storm in the air.”

Gavin loved that smell. He took another deep breath and this time the raw smell of impending weather mixed with the sweet, herby sent of her shampoo.

“But it’s freezing out here,” she said, turning back to him.

“After you,” he said, gallantly holding the door open for her.

She arched an eyebrow at him, but went in. The jeans are definitely an improvement, he thought as he followed her inside.