Wednesday's Warrior - A Tribute to Bertice and George Small 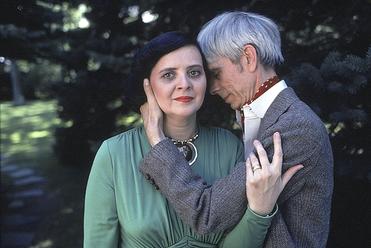 Last night Kathryn Falk announced the passing of Bertrice Small on Facebook.  Above is a portrait of Bertrice and her beloved husband, George, first published in the RT Magazine. George passed several years ago and now they are together. 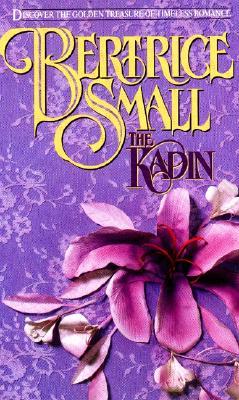 I have shared the story of how I discovered romance ... I was living in the Netherlands and cleaning out the American Spouses' thrift shop.   I was drawn to a historical romance cover ... and the rest is history.  After devouring the romances in the thrift shop and even at the library, I wondered into the Stars and Stripes Bookstore, asking the manager if she carried Romances.  She shared her own favorite author - Bertrice Small. 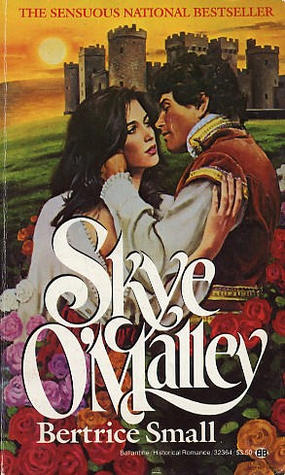 Three years later, in 2008, I met Bertrice and George Small at the RT Booklovers' Convention in Pittsburgh.  George came to the convention to attend the SOS America Military Tribute. He was so dashing in his original WWII uniform, below, to the left. 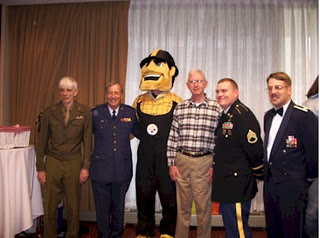 Actually, I used George's WWII picture, taken outside Reims, France, as a promotion for the tribute, "Come Meet Mr. Romance 1945".   To this day, I remember Bertrice sighing at this picture, claiming he was the inspiration of her books. 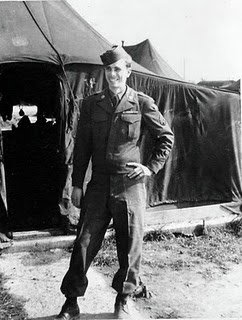 Last year, the Romance Writers of America (RWA) honored Bertrice with the Nora Roberts Lifetime Achievement Award. Although Bertrice could not be in San Antonio to accept the award, she spoke to the audience in a video.   She looked frail then ... but her poor health could not detract from all that she has accomplished in the romance industry.  From her bio (link),

She is the author of 54 novels, with one in production and another almost finished. They will be published in May and October of 2013. 42 of these novels are Historical Romance, 6 are Fantasy Romance, and 6 are Erotic Contemporary. She has also written 4 erotic novellas. Her novels include THE KADIN (pronounced Kah-deen), and the beloved series "The O'Malley Saga" and "Skye's Legacy". A New York Times bestselling author, she has also appeared on other best-seller lists includingPublishers Weekly, USA Today, and the L.A. Times. She is the recipient of numerous awards including Career Achievement for Historical Romance; Best Historical Romance; Outstanding Historical Romance Series; Career Achievement for Historical Fantasy from RT Book Reviews; a Golden Leaf from the New Jersey Romance Writers chapter of Romance Writers of America; an Author of the Year (2006) and Big Apple Award from the New York City Romance Writers chapter of RWA, and several Reviewers Choice awards from RT Book Reviews. She has a "Silver Pen" from Affair De Coeur, and an Honorable Mention from The West Coast Review of Books. In 2004 Bertrice Small was awarded a Lifetime Achievement Award by RT Book Reviews magazine for her contributions to the Historical Romance genre. And in 2008 she was named by RT Book Reviews along with her friends Jennifer Blake, Roberta Gellis and Janelle Taylor, a Pioneer of Romance.

No doubt that Romanceland will post tributes to Bertrice as a trailblazer in this genre.  But I will always remember her as the blushing bride of a proud veteran.