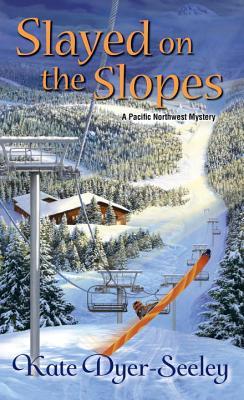 After talking her way into a job writing for Portland's Northwest Extreme magazine, Meg Reed may now really be in over her head. Actually, about 8,000 feet over her head. . .

She's at Mount Hood's remote Silcox Hut, covering the the seriously hardcore Ridge Rangers-- Oregon's elite high-altitude rescue team--during their four-day winter training. Sure, Meg beefed up her outdoor skills over the summer . . . but she's still hoping to cover the event with some hot chocolate by the cheery fireplace. Then, during a sudden blizzard, she swears she hears gunshots. No one stranded in the hut believes her . . . until self-absorbed Ridge Ranger Ben Rogers is found outside in a pool of frozen blood. Meg's now got to find this killer quickly . . . before cabin fever does them all in!

I used to be Snow White, but I drifted. - Mae West

Meg Reed, like Mae West, has bravado.   She talked her way into a writer's job with an extreme sports magazine despite the fact that she is not an athlete, let alone extreme athlete.  Still, Meg takes each assignment with gusto ... only to find herself embroiled in a murder mystery.

SLAYED ON THE SLOPES is Meg's second adventure in this cozy mystery set in Oregon.   I enjoyed the first book, SCENE OF THE CLIMB, and purchased the second book with high expectations.  Dyer-Seeley takes Meg (and readers) to a new level of research (and height) when she joins the newly formed Ridge Rangers for their initial training as an elite ski rescue team atop of Mount Hood.  During a snow storm, the financial sponsor is murdered, distracting the team from their training and Meg from her writing.   As Meg discovers clues to the murder, she comes to realize who are her friends ... and who is the enemy ... in more than just the mystery.

SLAYED ON THE SLOPES follows a predictable path of a cozy mystery - the heroine finds false leads; law enforcement warns her to stop snooping; and she consults with friends who appear on the scene.   Yet Dyer-Seeley sets this series apart with a 23 year old heroine who will resonate with readers of all ages - she has talent but questions herself.  Meg wants to be brave, on and off the slopes, but acknowledges her limitations.  She is loyal, committed, and ethical, making her very entertaining to follow along in this series.   The added bonus is Dyer-Seeley's detailed narrative of winter sports on Mount Hood, including the Timberline Lodge and Silcox Hut, that seemed more like a travel experience rather than a history lesson.    I read for escapism and  Dyer-Seeley transported me to the winter wonderland along the Magic Mile.

SLAYED ON THE SLOPES continues the overarching story of what happened to Meg's father, a newspaper reporter "killed" in a biking accident.   The last page left me speechless and satisfied.

SLAYED ON THE SLOPES can be read as a stand alone book as Dyer-Seeley provides Meg's back story and reintroduces other characters in her life - Gam (her healing grandmother), Jill (her almost perfect best friend), Matt (her reliable shoulder to cry on), and Greg (her too good to be true boss).  However, I recommend reading SCENE OF THE CLIMB first to enjoy Meg in all her glory.

I purchased a print copy of SLAYED ON THE SLOPES.

I am giving away a book choice from my covnention stash to one randomly selected commenter.  To enter the giveaway,

1.  Leave a comment about winter sports - do you have a favorite?  Like Meg, I am hopeless on skis!

Check out my review of SCENE OF THE CLIMB at this link. 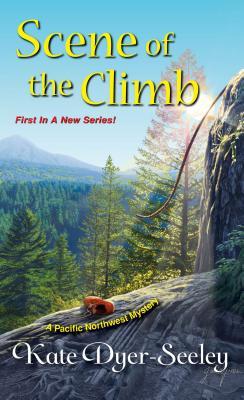