This is a long post with spoilers.  But it has a great ending!

On Friday, January 1, 2015, the BBC in the UK and PBS in the US broadcast THE ABOMINABLE BRIDE starring Benedict Cumberbatch as Sherlock Holmes and Martin Freeman as Doctor Watson in a special holiday episode of SHERLOCK. Although SHERLOCK is a modern version of the consulting detective, THE ABOMINABLE BRIDE is a throwback to the original Victorian era.

The title comes from a passing reference from the Sherlock Holmes short story,  THE ADVENTURE OF THE MUSGRAVE RITUAL:

Here's the record of the Tarleton murders and the case of Vamberry, the wine merchant, and the adventure of the old Russian woman, and the singular affair of the aluminium crutch, as well as a full account of Ricoletti of the club foot and his abominable wife.

I became a fan of the original Sherlock Holmes stories when I met my future husband at the Pentagon.  He introduced me to the Granada TV series production of 42 stories from Sir Arthur Conan Doyle (each story is an hour long episode).  The series starred Jeremy Brett and Edward Hardwicke in the original Victorian era.  My English granny was a fan of Jeremy Brett when he was stage star before his Sherlock success.   Hubby and I own the Granada TV boxed set - THE MUSGRAVE RITUAL is one of my favorite episodes. 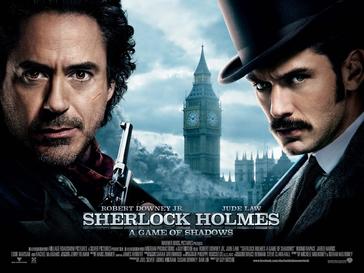 I did not care for SHERLOCK on PBS.  I thought the writers were heavy handed in bringing Sherlock to life in the 21st century London.   Plus they only gave fans three seasons, with three episodes each, over the course of 5 years.  Season Three ended with Sherlock shooting a high profile black mailer. Mycroft sent Sherlock into exiled from the UK.  Just after Sherlock's private plan takes off, Moriarty (presumed dead from Season Two) appeared on media outlets, asking the public, Miss me? Mycroft ordered the plane to turn back as only Sherlock can solve the mystery.

Still, I was intrigued by the Victorian throwback being advertised for the SHERLOCK holiday special.  I settled into an evening with Holmes and company. 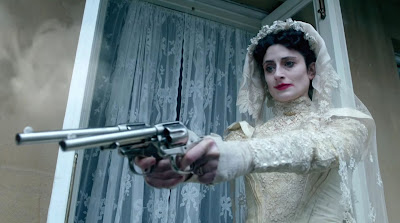 THE ABOMINABLE BRIDE opens with Dr. Watson, an Army surgeon from the Afghan War, looking for rooms to share with another gentleman in Victorian London.  He is introduced to Sherlock Holmes ... and the game is afoot.  The episode jumps several years later, giving Watson time to publish serial accounts of Holmes' cases and wed Mary Morstan. Watson and Holmes are enjoying a smoke by the fire when they are visited by Inspector Lestrade with a new case of "paranormal" interest.  Earlier in the day, Emelia Ricoletti appeared on her balcony with two revolvers and committed suicide.  Later that night, as her body laid dead in the morgue, her ghost kills her husband as he emerged from an opium den.  How, Lestrade asks, did Emelia commit the crime?   Watson suggests twins ... Holmes responds, "It's never twins."

Several months later, after Emelia's ghost allegedly shot more wayward husbands, Holmes dismisses the crimes as "copy cats".  But the public's obsession with Emelia's ghost spurs Holmes to meet with his brother at the Diogenes Club.  Up to this point, the writers have interjected comedy as Holmes adjusts to Watson's marital bliss. Yet all is not what it seems: Mary engages in the suffragette movement; Watson is caught off guard by an outspoken chambermaid; and Holmes is taken back by the not-quite-right mortician (a woman dressed as a man). 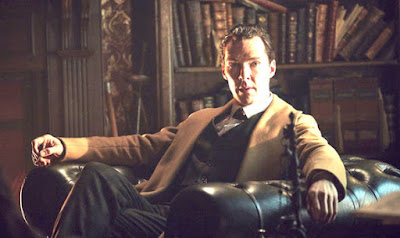 The writers take THE ABOMINABLE BRIDE to the surreal when Holmes and Watson meet with Mycroft in a private dining room at the Diogenes Club.  Mycroft is morbidly obese ala Dale "The Whale" Biederbeck from the TV show MONK. Holmes eggs him to eat more and hasten his death.  Mycroft accepts the challenge and dives into another plum pudding. as he is stuffing his mouth, Mycroft encourages Holmes to accept a case from Lady Carmichael.  Mycroft notes that he has solved the mystery but needs Sherlock to do the legwork. Mycroft adds, "It is a case we need to loose and they need to win".  Puzzled by Mycroft's comments, Sherlock and Watson return to 221B Baker Street to meet with Lady Carmichael. She reveals to them that her husband received a letter with five orange pips.  Later that night, Lady Carmichael followed her husband into the maze where he was confronted by Emelia's ghost, warning he is next.

(THE FIVE ORANGE PIPS was a short story first published in November 1891 in The Strand Magazine.  It was later included in the short story collection THE ADVENTURES OF SHERLOCK HOLMES).

Holmes and Watson accompany Lady Carmichael back to her estate and promise to protect her husband. As Holmes and Watson lay in wait for the ghost, they are outwitted by someone (or something) when Lady Carmichael's husband is murdered. Holmes finds a note on the body, Miss Me?, thinking Moriarty is alive even though he died in the Reichenback Falls (as written in the original book).  Holmes' obsession of Moriarty is derailed temporarily as Mary has a breakthrough in the case, leading them to a suffragette ritual

(The ritual includes KKK style robes.  The KKK plays a part in THE FIVE ORANGE PIPS.  Are the writers suggesting the suffragettes are dangerous as the KKK?  Or are the suffragettes the victims of gender slavery?  Much to think about ... )

The subliminal references come together:  the female mortician, the outspoken chambermaid, and even Lady Carmichael.  They are fighting a war that they need to win - equality.  Emelia gave up her life to help other abused women, disguised as her ghost, fight back.  Watson interjects that Emelia's autopsy revealed she was struggling with consumption which would have ultimately killed her.  Looking back, Emelia's first scene with blood smeared lips reminded me of Nicole Kidman in Moulin Rogue - her character also spit up blood and died of consumption. 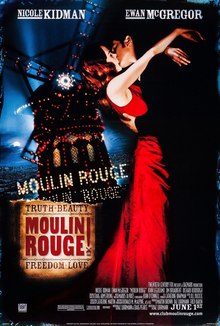 It is a timely storyline with women's pay gap and reproductive rights in the political spotlight.  Yet Sherlock is struggling with Moriarty's role in the mystery ...

... and modern Sherlock wakes up from his drug induced stupor when his plane touches down (taking us back to the end of Season Three).   He knows instinctively that Moriarty has returned even before Watson, Mary, and Mycroft report Moriarty's appearance on media outlets with Miss Me? Sherlock insists his "dream" of Emelia Ricoletti is a clue to solving  how Moriarty came back to life.  He and Lestrade dig up Emelia's 100 year old grave as Mycroft looks on ...

.... only to fall back in time to the Reichenback Falls where Sherlock and Moriarty face off in the original story, THE FINAL PROBLEM.  Sherlock engages in a tete-a-tete with Moriarty, realizing that he - Sherlock - keeps Moriarty alive in his own mind, just as the suffragettes kept Emelia alive with her ghost sightings.  Watson comes along the mountain path to help Sherlock dispatch Moriarty for the final time, giving Sherlock the opportunity to recognize Watson is a true friend and partner ...

.... when Sherlock wakes up again on the parked plane, stating to Watson, Mary, and Mycroft that Moriarty is dead.  Sherlock sets out to unravel how Moriarty projected himself on media outlets after death. This, of course, will open the next season which will not broadcast until 2017. 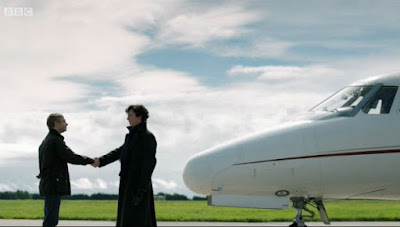 THE ABOMINABLE BRIDE is a mish mash of Sherlock Holmes folk lore - he is an anti social deductive genius in both Victorian and modern times.  Indeed, the plot was over the top but still delivered a thought provoking story.  The writers even portrayed Sherlock as vulnerable. His vulnerability reminded me of Dr. Seuss' OH, THE PLACES YOU'LL GO:

I'm afraid that some times
you'll play lonely games too.
Games you can't win
'cause you'll play against you.

All Alone!
Whether you like it or not,
Alone will be something
you'll be quite a lot.

On and on you will hike,
And I know you'll hike far
and face up to your problems
whatever they are.

I don't know if the writers intended to inspire fans ... but this fan was inspired.  I have let go of my own Moriarty as my New Year's Resolution.   As Elsa would sing, Let it go!

I am giving away some "Sherlock" swag plus a book choice from my convention stash to one randomly selected commenter. To enter the giveaway,