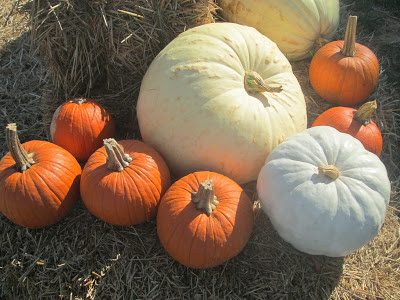 Last weekend, my church hosted its annual Fall Festival, including a bake sale, craft fair, and holiday shopping.  I organized the book sale in the basement ... and I found my own treasure among the donations!

Carol Umberger combines her love of history, romance, and God in a quartet of powerful stories set in 14th-century Scotland during the reign of Robert the Bruce, Scotland's great hero king. CIRCLE OF HONOR won RWA's Golden Heart Award. Carol is also an Air Force veteran! 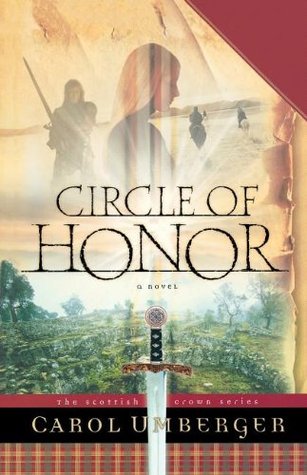 Speaking of Air Force vets, here's Merline Lovelace with Mary Balogh and Suzanne Barclay in THE GIFTS OF CHRISTMAS:

These talented authors will sweep readers away to a special world where three wise heroes discover that love is the most precious gift of all. "The Gifts of Christmas" is an enchanting historical Christmas title that will captivate readers and transport them to another time and place as they indulge in the seasonal delights of the Christmas holiday in Regency, Elizabethan, and medieval England and share in the discovery of unforgettable love. Stories include Balogh's "A Handful of Gold", Lovelace's "A Drop of Frankincense", and Barclay's "A Touch of Myrrh". 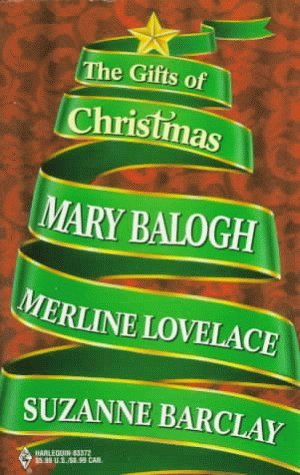 The last thing she remembered was the ocean... the storm... the man!

Against all odds, lovely Parris Harrison had been caught swimming in the wild and turbulent surf only to wash up on the shore of Cape May lying in the arms of the most gorgeous hunk she'd ever seen. But Thomas Elder was not only devastatingly sexy, he was also certifiably insane - dressed in outlandish clothes straight out of a gangster movie, he insisted the date was 1929!

Horrified to discover that Thomas was absolutely correct, Parris set about surviving in a dangerous era filled with glamorous flappers eager to seduce her man, and vicious mobsters bent on giving them both cement overshoes. Together, she and Thomas would defy them all, to create their own intimate interlude in time.

Have you found any special treasures at book sales?  One randomly selected commenter wins a book choice from my convention stash.  Comments are open through Sunday, November 20, 10 pm in Baltimore.  I'll post the winner on Monday, November 21. 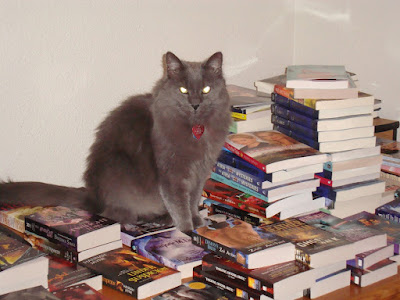