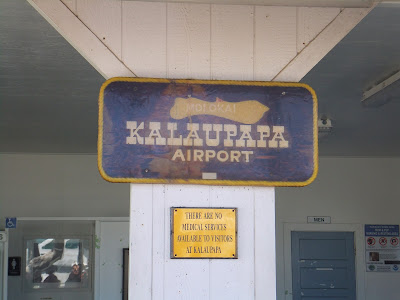 When working a murder case involving the illegal practice of shark finning, Five-0 uncovers the possibility that a former Nazi war criminal may be hiding out in an old leprosy colony in Hawaii, on HAWAII FIVE-0, Friday, Feb. 3 (9:00-10:00 PM, ET/PT) on the CBS Television Network.

The episode begins with the murder of a shark hunter.  As the team considers the suspects, the producer includes a gorgeous underwater shot of a shark protector swimming in the crystal blue water.

Yes, it is that blue.

When the team find a second body in Oahu waters, they realize they have a second (separate) murder.  The victim, a young woman from New York, was last seen volunteering on Kalaupapa - the infamous leper colony on an isolated peninsula of Moloka'i.  The victim tattooed her grandfather's Auschwitz number on her own arm, a clue that leads the team to realize she was tracking a prison guard who tortured her grandfather. 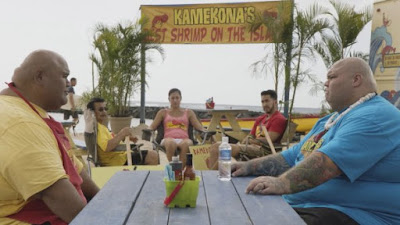 These are fluff pieces but add an extra dimension to the ohana (family) spirit of the TV series.

When Hansen's disease (leprosy) was introduced to the Hawaiian Islands, King Kamehameha V banished all afflicted to the isolated Kalaupapa peninsula on the north shore of Molokai.

Since 1866, more than 8000 people, mostly Hawaiians, have died at Kalaupapa. Once a prison, Kalaupapa is now refuge for the few remaining residents who are now cured, but were forced to live their lives in isolation. 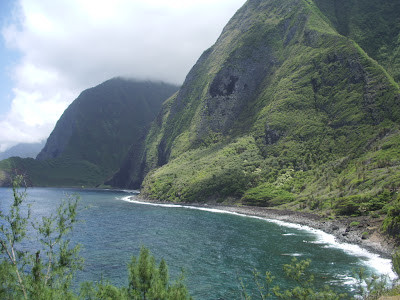 Visitors must register with Damien Tours, which offers a 2 hour drive through the colony, trying to afford the remaining patients their privacy.  Visitors can arrive to the peninsula by:

When we lived in Pearl Harbor, I treated my mother in law to a tour of Kalaupapa - check out our pictures on my travel blog at this link. 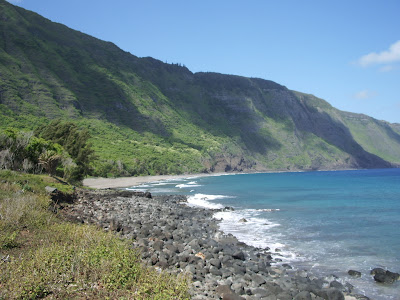 There are only two saints in the world that are from the same location, and Kalaupapa is the backdrop of the heroic stories of Hawaii’s two Catholic saints.

Here you will learn how Father Damien De Veuster and Mother Marianne Cope sacrificed themselves and gave up everything when they both made their one-way trips to Kalaupapa. These selfless individuals provided comfort and medical assistance to thousands of Hawaii's people who suffered from this horrible disease.


The episode was packed with references to current events - the first crime spotlighted the need to protect our natural resources, even sharks.  The second crime comes one week after we recognized Holocaust Remembrance Day (link). When the murderer escaped Kalaupapa, Steve commented:

He won't stay missing for long. There’s a camera on every street corner...Social media. 24-hour news. There is no hiding anymore.

For me, the most compelling aspect of this episode is the reminder that all civilizations across time have "refugees" who become outcasts. While we honor Father Damien and Mother Marianne for their selfless service, I believe we can follow their example to make our communities stronger. 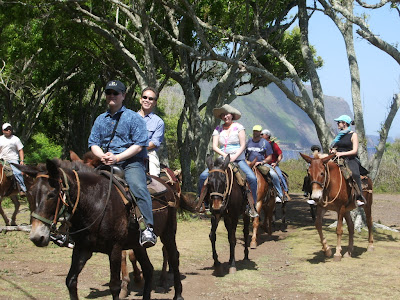 1.  Leave a comment about:
- your favorite park, or
- your favorite Catholic Saint or historical figure known for his/her selfless service, or
- would you have hiked down the cliffs, rode the mules, or arrived by airplane into Kalaupapa.

My favorite park is the Waimea Canyon State Park on Kauai.

I admire William Wallace who fought for Scottish Freedom (I also admire Father Damien and Mother Marianne - they were canonized in Rome when I lived in Hawaii).

We arrived by air - not sure I would have the stamina to hike or mule down the steep path. 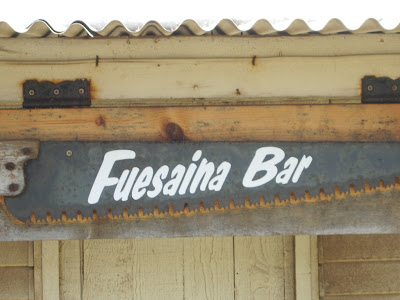