Darcy Burke is celebrating the release of THE DUKE OF DEFIANCE, Book 5 in The Untouchables series ...

Difficult and defiant as a child, Bran Crowther, Earl of Knighton left England as a young man to pursue independence and adventure. He never expected to inherit the title and when duty calls him home, he still finds Society’s codes constricting and others’ expectations oppressive. Nevertheless, he needs a wife to be a mother to his young daughter, preferably a woman of intelligence and warmth who is, above all, immune to his idiosyncrasies—and to falling in love.

Widow Joanna Shaw isn’t interested in a second marriage, not after the loveless, passionless union she endured. She’d much rather dote on her young niece and nephew since they will likely be the only children in her life...until she meets a precocious girl, in desperate need of a mother. But her father, the so-called Duke of Defiance, is as peculiar as he is handsome, and Jo won’t take another risk with her heart. Their rules, however, are made to be broken, even when the consequences could destroy them both. 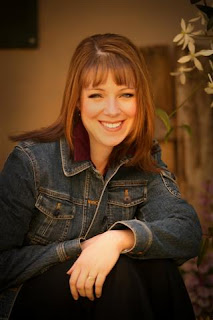 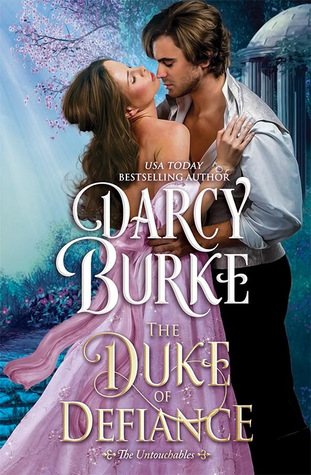 
Darcy offers an excerpt from THE DUKE OF DEFIANCE ...

Oh, he looked magnificent in evening wear, his dark charcoal-colored coat offset by his silver-threaded waistcoat and the snow-white of his cravat. Was he uncomfortable? She wondered how long he’d be able to endure the garments and pictured him stripping them off. The ballroom suddenly seemed overly warm.

He strode right to her and offered a bow, first to Nora as required by her rank, and another to Jo. “Good evening. You look lovely.” His gaze swept over her.

“I thought we could discuss the governess interviews,” he said. “My secretary has arranged them for Tuesday.”
Jo nodded. “Good.”

Lord Knighton held out his arm. “Would you do me the honor?”

Now she was trapped. Although if she could refuse any man and predict that he wouldn’t take offense, it was Knighton. Once she explained her anxiety, she’d no doubt he would understand given his own foibles.

In the end, she simply put her hand on his arm and allowed him to escort her to the dance floor. It could be her only chance.

She turned her head sharply to look at him. “Oh dear.”

“How hard can it be?” he asked as they stepped onto the dance floor.

He rested his hand on her waist and clasped her hand. She placed her palm on his shoulder and, despite the layers of clothing, was certain she could feel his muscle.

More books in The Untouchables series ...