Kadie Scott is celebrating the release of her debut novel, THE WRONG KIND OF COMPATIBLE, Book 1 in the Love Undercover s

Data analyst Cassie Howard may be brilliant (and, okay, a little awkward), but she’s worked hard to get where she is. She definitely doesn’t need some sexy new analyst coming in and taking credit for her work. Or the inappropriate thoughts that keep popping out of her mouth she’d rather he not hear.

For undercover FBI agent Drew Kerrigan, computers have always made more sense than people, but he’d better develop some slick social skills in a hurry if he’s going to win over the too-tantalizing-for-his-sanity Cassie. Hacking their systems was easy. Now he’s just got to hack the one person in the company most likely to see through his ruse… 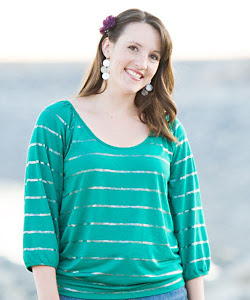 Award-winning contemporary romance author, Kadie Scott, grew up consuming books and exploring the world through her writing. She attempted to find a practical career related to her favorite pastime by earning a degree in English Rhetoric (Technical Writing). However, she swiftly discovered that writing without imagination is not nearly as fun as writing with it.

No matter the genre, she loves to write witty, feisty heroines, sexy heroes who deserve them, and a cast of lovable characters to surround them (and maybe get their own stories). She currently resides in Austin, Texas, with her own personal hero, her husband, and their two children, who are growing up way too fast.

Kadie offers an excerpt form THE WRONG KIND OF COMPATIBLE ...

Drew was nowhere to be seen as Cassie crept into the office the next morning, doing her best impersonation of a midget ninja in a skirt. Then again, she was early and appeared to be the first one in. She just couldn’t stroll casually in with him watching her as though nothing had happened. Despite repeatedly telling herself she was a grown-ass woman, the fluttering in her stomach seemed to be breeding.

She’d dressed up a bit, for her at least. Some deep-seated need to feel sexy in his eyes had her digging in the back of closet for some of the clothes her mother insisted on giving her as gifts. Thinking of how he’d knocked her glasses sideways yesterday in the cab, she’d worn her contacts. She’d opted for a green dress in a soft, clingy fabric with a sexy V neckline, nipped in waist, and skirt that swished against her bare legs. Vulnerable didn’t begin to describe how she felt in this get up. Better be worth it.

Cassie turned into her cubicle and paused. There on her desk sat a potted plant with gorgeous tiny white flowers and a heavenly smell that reminded her of something.

“It’s jasmine,” a deeply masculine voice feathered over her.

Cassie spun around with a gasp to find Drew standing behind her, his ninja impersonation light years better than hers. At the expression in his eyes—naked desire combined with hot possession—as he trailed his gaze down her body, she lost every word she’d ever learned.

He waved behind her. “I got it because it smells like you.”

Oh, the plant. “Shampoo.” Cassie mentally smacked herself. He got her a thoughtful plant and all she could say was shampoo?

Drew reached out and ran his fingers over a strand of her hair, which was still down. “I know.” His voice dropped, getting all growly, and holy hell, all the build up from yesterday poured into her, bringing her body to delicious, throbbing life. Had someone sucked all the air out of the office?

“My mom has always grown flowers all over the back yard. Jasmine was everywhere. In the spring, the entire house would smell of it. I’ve always loved that scent.” Cassie’s lips twitched. “The way I smell reminds you of your mother?”

He gave her a dark look. “No. The way you smell makes me think of hot summer nights and your gorgeous hair.”

“Oh… I like it,” she said, her voice coming out equally husky. At least she’d managed more than two syllables. Amazing, given how her throat just closed up.

“I like this.” He trailed that same finger down the neckline of her dress, brushing the soft flesh of the top of her breast with a barely there caress that sizzled the few remaining coherent thoughts she had. His gaze followed his touch with the same single-minded focus he devoted to his work. Only now she was the focus.

The dress was worth every vulnerable second in it.

He swallowed. “I’d like to take it off you.” 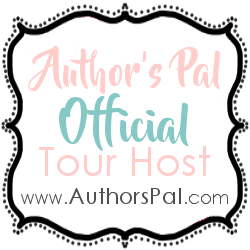