Aloha to Diane Kelly and LOVE UNLEASHED - Giveaway and Excerpt 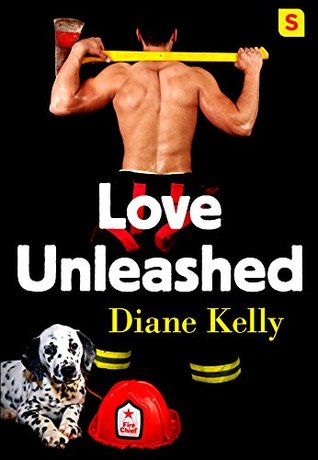 Bestselling author Diane Kelly brings the heat to her popular Paw Enforcement series when sparks fly between a teacher and a firefighter in LOVE UNLEASHED, a digital novella from St. Martin's Press ...


Between wrangling her rambunctious kindergarten class and trying to catch an elusive Dalmatian pup who’s been hanging around the playground, teacher Jessica Bellingham can hardly seem to catch her breath. And when hot, hunky fireman Louie DeLuca arrives to teach the children about fire safety, she just might need mouth-to-mouth resuscitation. Who’d have thought a yellow slicker could be so sexy?

Things heat up quickly, igniting a passion the two would gladly allow to consume them. But will their romance become a four-alarm blaze, or will a dark secret from Jesse’s past threaten to cool things off for good? And what will become of the playful puppy who seems to stay just out of reach? 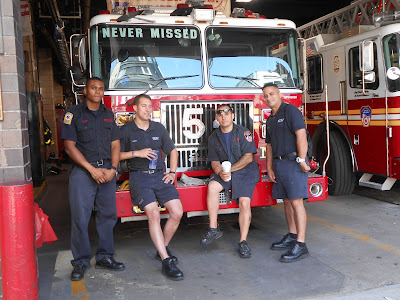 I adore the Paw Enforcement series!  I am looking forward to reading LOVE UNLEASHED.  I am giving away a digital copy of LOVE UNLEASHED to one randomly selected commenter. To enter the giveaway,

1.  I admire Diane for completing "Citizen Police Academy". How well do you think you would fare in this course?  I am intimidated by guns so I probably would flounder in cleaning, loading, and shooting!  So I leave it to the pros ...

There was a knock at my door followed by a yip-yip-yip! Looked like Louie had brought Stinker with him. I was glad. The precious little pup would add some levity to the situation.

I walked to the door, took a deep breath, and opened it. Louie stood there looking as hot and handsome as ever, though his brown eyes were steely. I bit my lip and those eyes went to my mouth, softening slightly.

Stinker jumped up on my leg. Yip!

She wagged her tail, her entire body wriggling with enthusiasm.

I stood and backed up to let them in.

Louie took a few steps into my place and stopped, his meaty arms crossed over his chest.

“Come sit down.” I reached out, put a hand on his forearm, and led him to the couch.

Once he’d taken a seat on one end, I took a seat on the other, turning to face him. Hot tears welled up in my eyes again and I wiped them away. I’d probably smeared my mascara all over the place. But if Louie was going to be turned off by smudged makeup, what did any of this matter?

I took a deep breath. I wasn’t sure what to say, where to begin. But as they say, a picture is worth a thousand words, right?

“I need to show you something,” I said.

He cocked his head and narrowed his eyes. “What?”

I reached down, starting at the top button of my dress, slowly undoing each of them. Louie watched me with a face that was equal parts confusion and arousal.

When I was unbuttoned to my waist, I eased the dress off my shoulders, letting it fall. Other than the parts covered by my bra, my chest and stomach were exposed. As much as I wanted to look away so that I wouldn’t see the disgust in his gaze, I forced myself to keep my eyes on Louie.

But there was no disgust. Instead, Louie’s concerned gaze traveled down from my face, taking in the scarred flesh between and under my breasts. He reached out on apparent instinct and I flinched. He noticed and pulled his hand back. I felt exposed and vulnerable as I waited for him to say something.

His brow furrowed as his gaze returned to my face. “Is that why you didn’t want me to touch you? Because of your burn scars?”

I nodded, biting my lip to keep from crying again. When I regained some control, I said, “Ugly, aren’t they?” I finagled my dress back into place. “They’re the reason I arranged the fire-safety assembly for the students.” I told him the whole story then, how I’d lit the lavender candle despite being warned many times not to.

He stared into my eyes so deep I felt it in my soul. “I hate that you went through this,” he said softly, reaching out to take both of my hands in his. “But how can I think anything is ugly when it led me to you?”

Posted by Kim in Baltimore at 8:05 AM