Aloha to Arianna Hart and STORMING THE CASTLE - Excerpt and Giveaway

Arianna Hart is celebrating the release of STORMING THE CASTLE from Entangled Publishing ...

Sam Castleton has fame, houses all over the world, and one really big problem—he’s got an album due and he can’t write. All he wants is a quiet place to get his head straight. Dale, Georgia, seems like the perfect quiet spot to try to hear the music again and get some lyrics down on paper.

With her daughter’s paternal grandparents making a sudden appearance and the difficulties of running her own lodge and being a single mom, Faith Adams doesn’t have the time to worry about the mysterious stranger staying in one of her cottages, no matter how sexy he is.

Her newest guest may be surly, but his money is good, so she’s willing to overlook his surly nature. If only she could ignore the way he awakens a searing hunger in her... 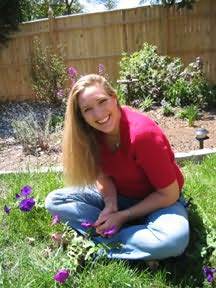 Arianna Hart enjoys spending time with her family, reading anything she can get her hands on, and of course writing! She’d love to spend her days on a beach with a drink in one hand and a book in the other, but until she wins the lottery she’ll just have to settle for chasing her girls around the pool.

Arianna offers an excerpt from STORMING THE CASTLE ...

Faith finally gave up trying to sleep at five in the morning. She’d tossed and turned all night, reliving the kiss and imagining what she could have done differently. The pull of attraction had been there through the whole meal, but she’d thought she’d done a good job of ignoring it. Then, wham. He laid one on her, and she melted into a puddle of lust.

She’d be lying to herself if she said she hadn’t imagined kissing him a hundred times over the last two weeks. He was sexy, had a wry sense of humor and smelled fantastic. Any woman with a heartbeat would want to kiss him, and she didn’t even put up a token protest. It would have been only that, a token, but at least she wouldn’t have fallen at his feet like ripe fruit. Where was her pride? God, he must have thought she was easy pickings. She wasn’t stupid. She knew he was a musician of some sort, and he had to be successful if he had a manager and a crap ton of money. He was probably used to women taking one look at him and dropping their panties.

And boy had she considered it. It wasn’t like she didn’t know him, really. Women had sex with guys they met at bars, and she’d known Sam for two weeks.

Two whole weeks. Yeah, sleeping with a guy you’ve known less than a month is so virtuous. I’m sure Momma would be proud. And really, what do you actually know about Sam besides he’s hot, knows how to do laundry, and can kiss the brains right out of your head? That’s not exactly something to build a relationship on.

Whoa, hold on. Who said anything about building a relationship? He was a renter who was going to leave in six weeks. A renter who was probably used to gorgeous women throwing themselves at him. They had nothing in common, and there was no future in even daydreaming about him. So he’d kissed her, big deal. That’s all it had been, a kiss.

But what a kiss.

Instead of crawling into bed with him, she broke out the vacuum cleaner and got to work. The store wouldn’t open for a while yet, but that didn’t mean she had to sit and stew. There was nothing like scrubbing toilets to kill a libido.

By seven, the house was sparkling, and she’d had to take a shower and change her clothes. Lists in hand, she let Sadie inside the house and climbed into her truck. All was quiet in the direction of the blue cottage, and she refused to let her gaze linger on the path to it.

He’d be gone in six weeks, that wasn’t so long to resist this crazy sexual pull. 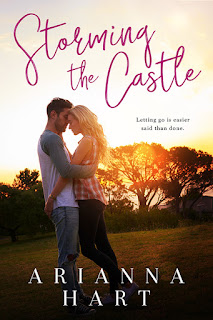