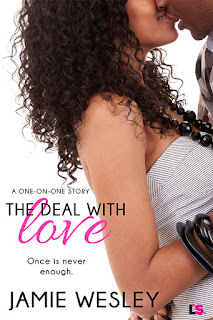 When filmmaker Christian Monroe runs into fiery—and frustrating—Elise Templeton at a party, the night quickly becomes the hottest one-night stand of their lives. But then her boss hires Christian to make a publicity film about Elise, and suddenly they’re in each other’s space. All day. Every day. And things are getting hotter…
Outside the bedroom, the two have nothing in common. Elise is focused solely on becoming the NBA’s first female general manager. And Christian learned long ago that being a work-a-holic—or being with one—is a recipe for disaster.

But the more Elise reveals her deepest desires and fears to Christian—something she’s done for no man, ever—the more Christian wonders how much longer he can keep his hands off the infuriating woman who rocked his world… 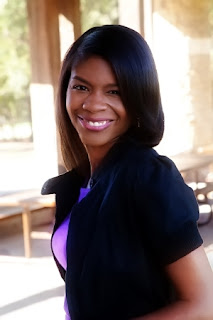 Jamie Wesley has been reading romance novels since she was about 12 when her mother left a romance novel, which a friend had given her, on the nightstand. Jamie read it instead, and the rest is history. She started her first manuscript, a contemporary romance, after she graduated from Northwestern University in 2002 and couldn't find a job. Life got in the way as it often does, i.e. she found a job, and she didn't finish the story. However, she never forgot about it and finally got serious about completing it in 2009. She's been writing ever since. Jamie holds a master's degree in sport management (yes, that's a real thing :-) ) from the University of Texas at Austin, so it probably comes as no surprise that she loves sports and spends an inordinate amount of time rooting for her hometown Dallas's pro sports teams and her alma maters. She also adores Walt Disney World, shopping, and pop culture. Want to know if your favorite TV show is going to be canceled or what the newest Disney attraction is? Ask Jamie. She'll probably know the answer.

Jamie offers an excerpt from THE DEAL WITH LOVE ..

She speared him with her fiercest glare, the one that made even the most confident guy take a step back. “I walked out on you for a reason.”

He looked her directly in the eyes. “I know. You got scared.”

She refused to acknowledge the direct hit. How could he see so much when she worked so hard to make sure no one did? She forced out a scoff. “Wow, you really are conceited. I walked out because I’d had enough. I don’t do repeats. I don’t want you anymore. Got it?”

An arrogant smile spread slowly but surely across his face. “Do you really want me to prove you a liar?”

Wrong thing to say. She knew it as soon as the words left her mouth. She’d thrown down the gauntlet, and he was more than happy to pick it up. He inched closer. Like a dummy, she backed away—right into her desk. Christian bracketed her in between his arms. His heat scorched her. He bent his head. She sucked in a breath, waiting for his touch. Craving it. But he didn’t make contact. Instead, he kept his work-of-art lips a hair’s breadth away from her neck.

“Do you want me to kiss you?” he whispered, his breath tickling her skin. “Because I will, but only if you tell me to.”

“I thought you wanted things to remain platonic.”

“At the moment, I’m more interested in proving that I’m right. You want me to kiss you.”

She had to swallow twice before she could speak. “I’m not going to tell you to kiss me. I already told you I didn’t want to go there again.”

“Then why are you shaking? Why are your breaths coming out hard and fast like you’ve been running…or become aroused?”

He was so right. Her limbs were trembling. She could hear her ragged gasps of air, but there didn’t seem to be anything she could do to control their tempo. He did arouse her. Like no other man had ever done before. But there was no way in hell she’d admit that to him. 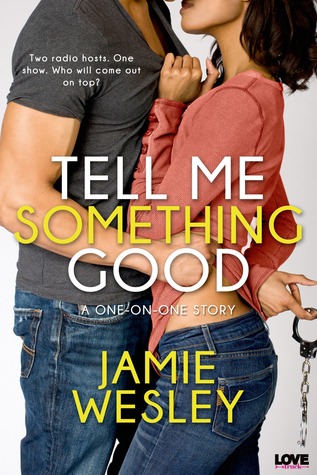 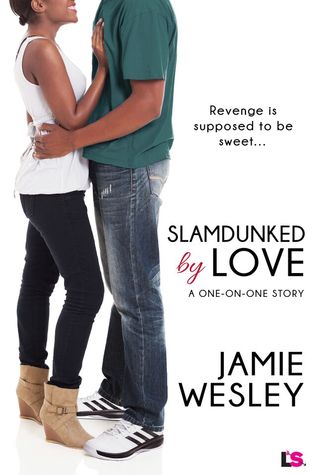