Aloha to Monica McCarty and THE GHOST (Highland Guard No. 12) - New Release Spotlight

Reminder - I have a special giveaway to celebrate June at this link.

Joan Comyn swore allegiance to Robert the Bruce the day she witnessed England’s barbarous king torturing her famous mother, Scot patriot Bella MacDuff. Now the mysterious beauty slips into men’s hearts like a specter and entices England’s most illustrious barons to unwittingly divulge their secrets, then shares them with her king. Known only as the Ghost even among her Highland Guard brethren, Joan has become the most wanted spy in England.

The man determined to uncover her identity poses her biggest threat yet. Alex Seton once stood with Bruce but now fights for the enemy. Though Joan knows she must avoid the handsome warrior or risk discovery, his knightly chivalry touches a place in her long since buried. When his suspicions grow apparent, Joan realizes she must do everything in her power to stop Alex from revealing her mission and convince the powerful fighter to join forces with the Highland Guard once more. But as the ultimate battle in the great war approaches, will Alex chose love or honor? Monica McCarty is the New York Times and USA Today bestselling author of twenty Scottish Historical romances and two Regency romances. Monica's interest in the Scottish clan system began in the most unlikely of places: a comparative legal history course at Stanford Law School. After a short, but enjoyable, stint practicing law, she realized that mixing a legal career with her husband's transitory career as a professional baseball player was not exactly a match made in heaven. So she "traded" in her legal briefs for Historical Romances with sexy alpha heroes. When not trekking across the moors and rocky seascapes of Scotland and England, Monica can be found in Northern California with her husband and two children.

Learn more about Monica and her books at monicamccarty.com. 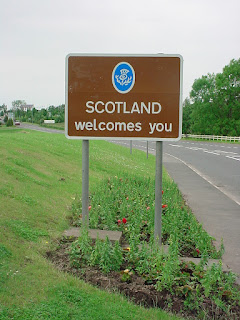 I am giving away a print copy of THE GHOST to one randomly selected commenter. To enter the giveaway,

1. In honor of Monica's role as a baseball spouse, who is your favorite team? I root for the home team, Baltimore Orioles, although I do not actively follow baseball. 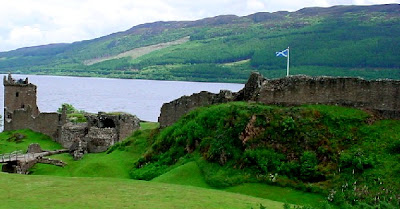