Her Majesty has given me the distinct honor of making this special announcement: 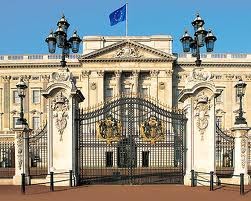 Buckingham Palace
London, England
William and Catherine's courtship and marriage has renewed my faith in the Happily Ever After. I am, in fact, a closet romance reader. My favorite author is Anna Campbell, the mistress of "dark, sexy Regency". Her books add a spark to my life as I serve my kingdom.  It is only fitting that Anna be honored for promoting pageantry and heraldry in her romance novels.

Anna's path to romance royalty started at Queensland University in English literature - brilliant decision in location and degree. She spent two years in England, serving crown and country, before returning to her beloved Australia.  Anna persevered in penning her voice, including "No Ordinary Duchess".  Renamed CLAIMING THE COURTESAN, this trailblazing romance finaled with two RWA organizations - the Romance Writers of America and the Romance Writers of Australia. It also marked her debut as an Avon author, letting the world know that Anna Campbell had arrived in Romance Land. Five more books followed - UNTOUCHED, TEMPT THE DEVIL, CAPTIVE OF SIN, MY RECKLESS SUMMER, and published this week, MIDNIGHT'S WILD PASSION.

MIDNIGHT'S WILD PASSION is Anna's sixth full length book. Six is a magical number in the English Monarchy. Henry VIII's sixth wife survived him. James VI of Scotland became James I of England (thus combining the thrones).  And I will be entering my sixth decade as England's monarch in 2012.  Clearly, six is a magical number for Anna as MIDNIGHT'S WILD PASSION has received rave reviews, including a sentimental tribute from Mary Gramlich, The Reading Reviewer,

Anna Campbell put her unique mark of excellence on each historical romance book she writes. This one in particular stands out with its fresh storyline, remarkable characters and never ending surprises the reader does not see coming. The mark of a good book is you are so saddened to have it end and this one brought tears to my eyes! 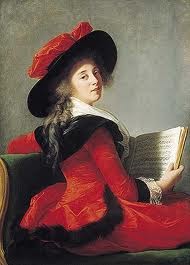 In honor of her distinguished accomplishments in Romance Land, I bestow upon Anna Campbell the title of Baroness of Brisbane. The Baroness shall be served by Royal Marines when she attends those wicked parties with the Romance Bandits (just make sure you send me an invitation). 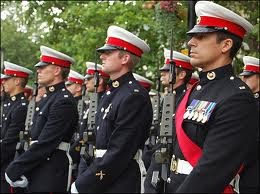 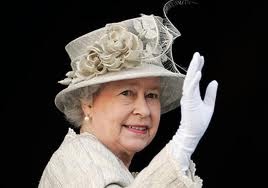 As Anna enjoys her new title, she is giving away a copy of MIDNIGHT'S WILD PASSION to one randomly selected commenter. I am also giving away to the same winner a Tea Towel commemorating the Royal Wedding (I have friends in high places). To enter the giveaway,

2. This giveaway is open to all readers as passion is universal.

Oh, Baroness, give us the Royal wave ... 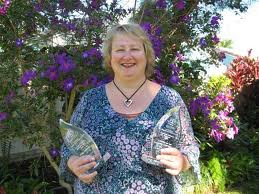 Posted by Kim in Baltimore at 4:37 AM