Aloha to Diana Cosby and The National Trust for Scotland 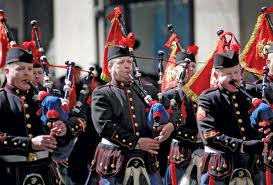 ﻿
He emerged from the majestic mountains on his white horse, carrying a cloth wrapped treasure sought by those who seek power .....

.... actually, it was the postman delivering two more boxes from RT in LA!


"A Celebration of Scotland's Treasures"
Please join me in welcoming Diana Cosby!

Kim:  How did you become involved with the NTS?

Diana:  While researching the Scottish medieval era, I came across The National Trust for Scotland, which acts as guardian of Scotland’s magnificent heritage of architectural, scenic and historic treasures. So touched by their hard word to preserve Scotland's history as well as educate, I contacted Curt DiCamillo, FRSA, Executive Director of The National Trust for Scotland Foundation USA, and began donating to their worthwhile cause. In addition, I keep their url on my biography page. 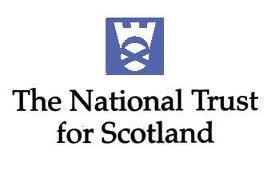 Kim:  What do you consider as Scotland's treasurers?

Diana:  In addition to the amazing architecture left through castles and other historical features, the history of the complex times as well as the fascinating people who carved Scotland's history.

Diana:  The evening within the dining room as ballroom of the Metropolitan Club was as if a Cinderella story, but even more special as I was surrounded by Scots. :) Braw men in kilts abound as well a fascinating woman dressed in magnificent gowns with laughter filling the air. The traditional delivery of the Haggis brought a smile to everyone as did the wonderful speakers throughout the event. Whisky tasting, the fine food, and the hearty Scottish burr's filling the air lent added another layer to this magical evening. I met so many amazing and interesting people, and had the pleasure of sharing the event with Karen Auerbach, Director of Publicity and Public Relations, Kensington Publishing Corp. Below is a link to pictures of last year's event:  http://www.ntsusa.org/events/100414/1.htm


My sincere thanks to Curt DiCamillo for the invitation and including an assortment of my books in the goody bags, Maggie Fogel for all of her incredible hard work to make this evening flawless, and Carolyn Wahto for all of her behind the scenes work. Their efforts combined which truly made the night amazing! *Hugs*

Mahalo, Diana, for teasing us with tidbits from this event.   To put you in an Alba mood, Diana is giving away HIS CAPTIVE, the first book in her MacGruder Brothers series, along with a signed cover flat for the fourth book, HIS DESTINY.

To enter the giveaway,
1.  Leave a comment about Scotland, its national treasures, and/or a ballroom filled with kilted men.

2.  This giveaway is open to US residents only but I welcome comments from all readers (especially those with burrs).


I discovered the NTS when my family drove from the Netherlands to Scotland in July 2005.  We were staying at a family "holiday park" near Ayr and stumbled across the coast hugging Culzean Castle.

Robert Adam's 18th-century masterpiece - a real 'castle in the air' - is perched on a cliff high above the crashing waves of the Firth of Clyde. The Castle itself boasts a spectacular Oval Staircase, the impressive Armoury and the Circular Saloon, with its panoramic views over the Clyde. The extensive grounds encompass Scotland's first country park where you can explore the deer park, swan pond, miles of woodland walks and adventure playground.

It is also home to the Eisenhower Apartment - a gift of the Scottish people to General Eisenhower to use during his lifetime in appreciation for his service as the Supreme Allied Commander of Europe during WWII.

The National Trust for Scotland cares for so many of Alba's treasures - historic homes, medieval castles, charming coastlines, protected woodlands, and of course the sacred Culloden.   Stop by the website for a visit! 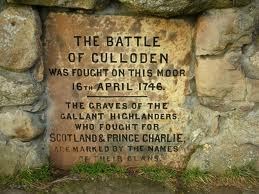 Posted by Kim in Baltimore at 4:10 AM