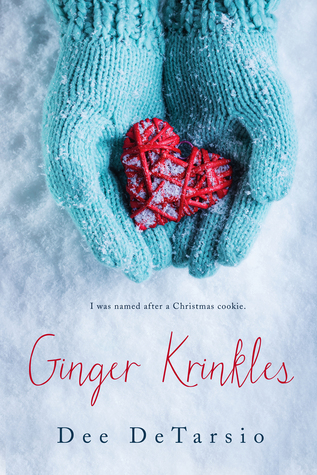 Ginger Krinkles is crossing her fingers that this holiday season will be extra special, for once. She lost her job in San Diego and dreads moving back home to Ennui, Ohio, where she’s convinced she will end up like her mean ol’ grandmother (God rest her soul). Ginger has always been a holiday-hater. But she has a secret. Make that two. If you buy the first one, maybe it will be easier to unwrap the second: either Ginger is an elf, or there really is magic to be found in an old cookie recipe.

Dee DeTarsio is a TV writer living in southern California. After growing up in Ennui, Ohio, and graduating from The Ohio State University, she vowed never to be cold again (in a tantrum more worthy of Suellen than Scarlett) and ended up in Tucson, Arizona, producing the news for the CBS affiliate, oddly enough called KOLD-TV. She moved to San Diego where she worked in the SeaWorld entertainment department as a producer/writer.  She then became a producer/writer for the NBC affiliate. 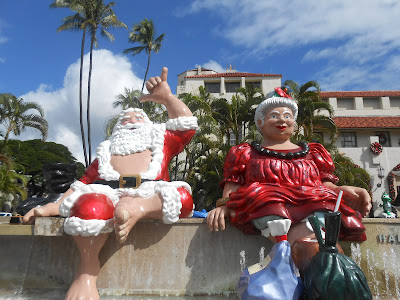 Ginger Krinkles, the heroine, is a hot mess.  Recently fired from her PR job, she now works part time for her former boyfriend in his food truck, TOOD FRUCK - Good Food with Attitude.   Ginger dislikes the holiday season - the result of endless teasing for her Santa-esque moniker by her older siblings with "normal" names.  She finds herself wondering if she is morphing into her mean Polish grandmother, Basha, God rest her soul.  Ginger watches her bank account dwindle, forcing her to consider moving back to the very cold Midwest.  Yet Ginger has a few stands of hope - her loyal friend Laura, her kind landlord Olive, and an unexpected inheritance from Basha.   Plus a chance meeting with a hot guy from Coronado Island.

GINGER KRINKLES, the book, is also a hot mess. DeTarsio evokes the first person narrative ... and Ginger takes it to the extreme with her constant whining, sarcastic shtick, and confusing flashbacks to her childhood with Basha.  I almost gave up half way through the 157 page novella.  But then Ginger decided to embrace the holiday spirit, convincing me she was worth the effort to finish the book.

DeTarsio ultimately delivered a heartfelt "coming of age" story laced with the magic of Christmas.   And the hot guy from Coronado Island.  This is a romance after all.   DeTarsio also offers an easy recipe for ginger snaps!

Despite the rough start, I recommend GINGER KRINKLES for those readers who enjoy holiday cheer ... and romance with hot guys from Coronado Island (once you read GINGER KRINKLES, you'll understand the significance of the hot guy).

Check out my review of Dee Tarsio's full length novel set on Maui, HAOLE WOOD, at this link. 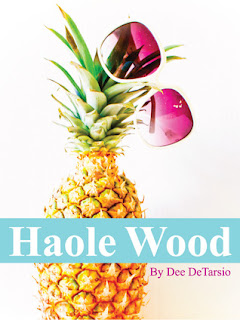