Aloha to Sherri Browning and AN AFFAIR DOWNSTAIRS 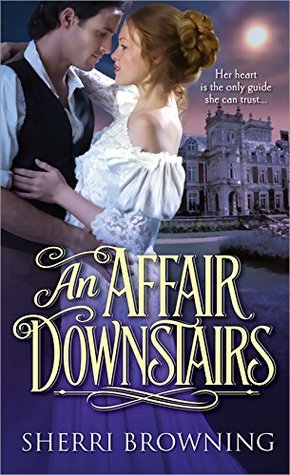 The attraction of the forbidden cannot be suppressed…

Lady Alice Emerson is entirely unsatisfied with the endless stream of boring suitors her family finds appropriate. She wants something more. Something daring. Something real. Each tiresome new suitor only serves to further inflame Lady Alice’s combustible attraction to Thornbrook Park’s rugged, manly estate manager, Logan Winthrop. Despite Logan’s stubborn attempts to avoid her, Lady Alice is irresistible, and so is the forbidden desire exploding between them…

If you’re a fan of Downton Abbey, don’t miss the fascinating Edwardian world of Thornbrook Park.

Sherri Browning writes historical and contemporary romance fiction, sometimes with a paranormal twist. She is the author of critically acclaimed classic mash-ups Jane Slayreand Grave Expectations. A graduate of Mount Holyoke College, Sherri has lived in western Massachusetts and Greater Detroit Michigan, but is now settled with her family in Simsbury, Connecticut. Find her online at sherribrowningerwin.com. 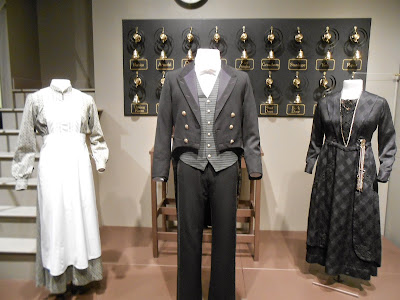 “The countess enjoys a bit of matchmaking. Before you came along, she tried to pair me with her maid.”

“Mrs. Jenks?” Alice wrinkled her nose at the idea. Jenks was a mousy slip of a woman, no match for a robust, vigorous man like Winthrop.

“Dear, no.” Worse than Jenks, Bowles was a snip-nosed shrew and certainly far too old for Mr. Winthrop. “I’m sorry. Sophia clearly has no talent for making matches.”

“Perhaps not. You were wise to run away instead of sitting through another conversation about yet another bachelor. I don’t blame you a bit.”

“You—you don’t?” Ah, a man of sense. She knew she could rely on his sound judgment, at least. And she appreciated it, though it would make seducing him more of a challenge.

“Any pretty girl in her right mind dreams of a dashing suitor to sweep her away, doesn’t she? Alas, Lady Averford’s only suitable choice for you so far had eyes for another.”

“Captain Thorne.” Alice rolled her eyes. “He’s better off with Eve Kendal. They’re perfectly suited. I didn’t care for him much myself, if you must know.”

Alice bit the inside of her cheek. How she wanted it to be his affair. “There isn’t a suitable choice. I’ll never marry.”

“Don’t despair, Lady Alice. There’s someone out there for you. Your sister simply hasn’t found him yet.”

“It’s not despair.” Defensive, she crossed her arms. “I’ve no interest in marriage. None.”

His eyes narrowed as if he tried to peer inside her soul. “I shouldn’t have said anything. You might like Lord Brumley. I must go.”

“No.” She reached out, eager to stop him, and ended up with her hand on his sleeve, over the thick muscles of his upper arm that she had seen in full daylight, bared to the sun, when he’d removed his coat, undid his collar, and rolled up his sleeves while out raking the early autumn leaves. “Please, tell me about Brumley. You know him?”

His gaze went to her hand and trailed back to her face. “We were at Harrow together. I believe he made Lord Averford’s acquaintance later, at Oxford. He might have changed considerably in so many years.”

“Fourteen years?” She did the math. “If you’re the same age as the earl, then it has been fourteen years since you were at Harrow.”

“In fourteen years, a man can go through remarkable changes in his life.” His full lips drew to a grim line. “In our youth, Brumley was a bit of an oaf. To be fair, I’ve no idea what kind of man he has become.”

“I suppose we’re about to find out. Sophia is probably already making out the invitation. But just in case, our mission should be to see the lemon trees replanted and thriving as soon as possible to send him on his way.” Our mission. She liked the idea of them sharing in something. It was a start.

“Agreed, Lady Alice, on that point. I’m not looking forward to seeing the man any more than you are, I suspect. Perhaps much less.”

Check out my pictures from the Downton Abbey Costume Exhibition at the Winterthur Museum at this link. 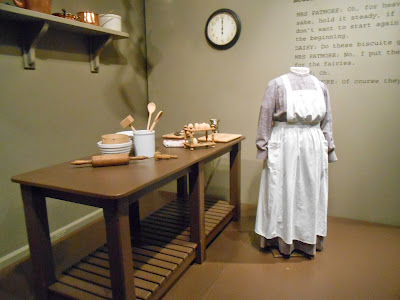