Aloha to Regan Walker and THE TWELFTH NIGHT WAGER

Christmas in Regency England, during the period from 1811to 1820, when Prince George reigned in his father’s place, was a more subtle celebration than the one we observe today. Christmastide, as they called the season, began with Christmas Eve and continued to Twelfth Night, or January 5th, followed by the Feast of the Epiphany the next day, the official end of the Yule season.

The house would be decorated with greenery and Christmas Eve might find folks sipping cups of hot wassail (spiced cider) or eggnog as they watched a performance by traveling actors, called “mummers.” 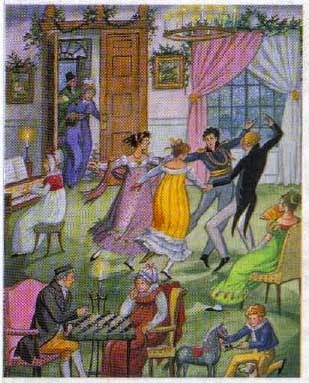 Christmas Day would, typically, begin with a trip to church. Afterward, there would be a grand dinner of roast goose, boar’s head (really the head of a pig, as wild boars became extinct in England as of 1185), and perhaps turkey (brought to England from the New World in 1550). Vegetables such as potatoes, squash, Brussels sprouts and carrots were also served, along with stuffing for the fowl.

If you were dining at an estate that maintained an orangery or a hot house, there might be fresh fruit, too.

Wine would be served, of course. There would be champagne, burgundy, claret and perhaps a good Madeira (like that Lady Emily Picton shops for in my short story The Holly & The Thistle. There might also be a homemade Elderberry wine. Folks in Regency England were notorious imbibers of liquor. In addition to wines, port, brandy, sherry and whiskey would be readily available, though the whiskey was likely Irish and not the Scottish “whisky” that would be perfected later in the century. 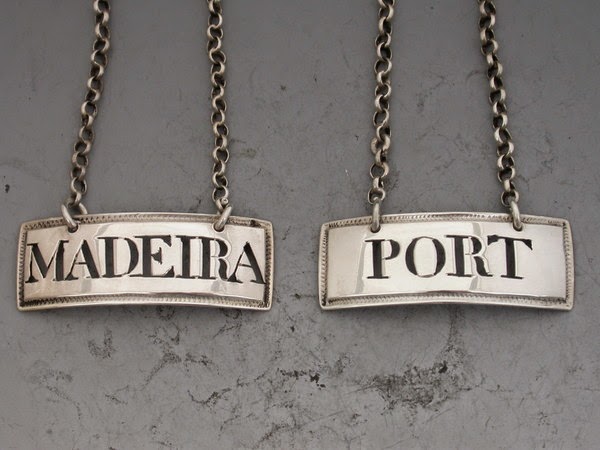 Wonderful desserts ended the meal, including marchpane (what we call marzipan), and gingerbread. Another favorite dessert was Christmas plum pudding, a mixture of 13 ingredients (representing Christ and the twelve apostles) made with suet, brown sugar, raisins, currants, citron, lemon and orange peels, spices, crumbs, flour, eggs, milk and brandy. All this was boiled in a pudding cloth. Very tasty. You can see the recipe on my website at this link. 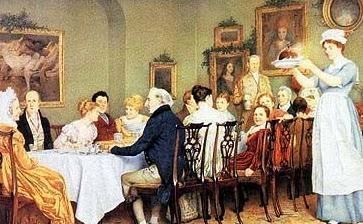 Another dessert that would often appear was Mince pie. While recipes varied by region, ingredients usually included beef, suet, sugar, raisins, lemons, spices, orange peel, goose, tongue, fowls, eggs, apples and brandy. This was also called “Twelfth Night Pie” because it was originally made with the leftovers of the Christmas dinner. The pies were eaten every day during Christmastide to ensure good luck for the twelve months of the New Year.

After dinner the ladies would adjourn for tea and the men would gather together for port and perhaps a cigar.

When they came back together, they might sing carols around the piano to include Deck the Halls, Here We Come a-Wassailing and While Shepherds Watched Their Flocks. Joy to the World, though first published by Isaac Watts in 1719, wasn’t in the modern version until 1836. Hark the Harold Angels Sing was first written in 1739 by Charles Wesley, and amended in 1753 by George Whitfield. However, Mendelssohn didn’t write the modern version we sing today until 1840. Silent Night was written in 1816 by Joseph Mohr, but wasn't translated into English until 1863.

Christmas in the Regency era was characterized by the simple traditions of holly and candles and a roaring fire in the hearth, the smell of wassail steaming in a large bowl over the grate, and the pungent aroma of the Christmas pudding and roast goose watering the mouth. Children home from school might add the typical noise to the family gathering but the emphasis was on social interaction that is, unfortunately, so often missing in our celebrations today. 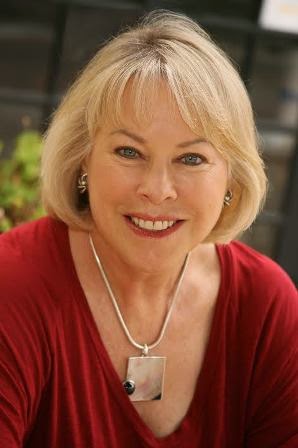 Bestselling author Regan Walker loved to write stories as a child, particularly those about adventure-loving girls, but by the time she got to college more serious pursuits took priority. One of her professors encouraged her to pursue the profession of law, which she did. Years of serving clients in private practice and several stints in high levels of government gave her a love of international travel and a feel for the demands of the “Crown” on its subjects. Hence her romance novels often involve a demanding sovereign who taps his subjects for “special assignments.” And in each of her novels, there is always real history and real historic figures. Regan lives in San Diego with her golden retriever, Link, whom she says inspires her every day to relax and smell the roses. For more information please visit Regan Walker’s website and blog. You can also find her on Facebook, Twitter, and Goodreads. 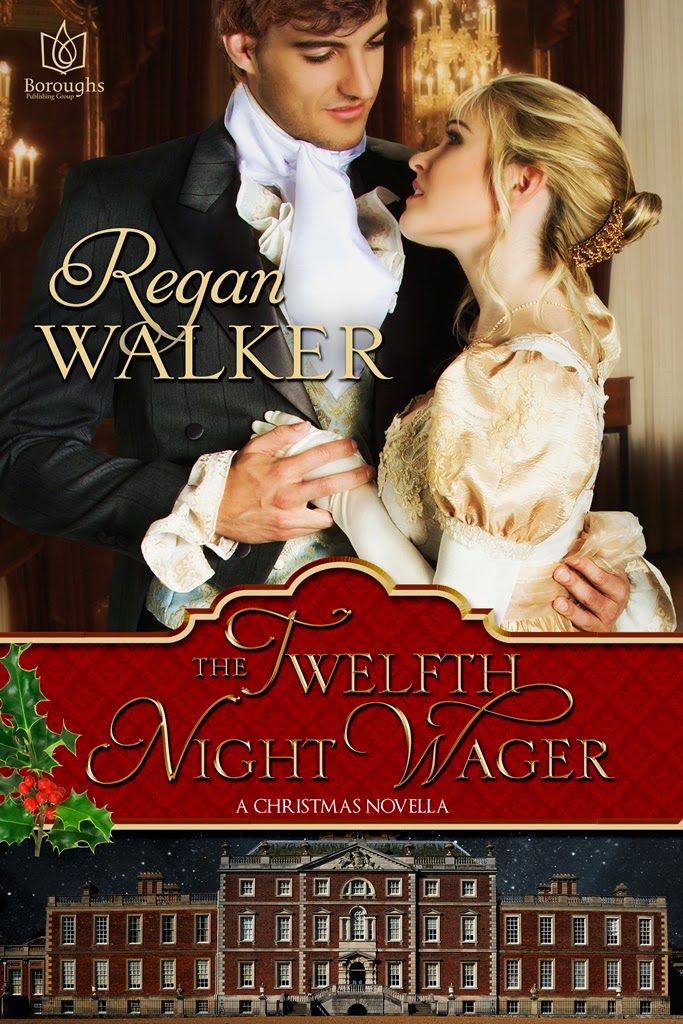 It was a dull day at White’s, the day he agreed to the wager: seduce bed and walk away from the lovely Lady Leisterfield, all by Twelfth Night. This holiday season, Christopher St. Ives, Viscount Eustace, planned to give himself a gift.

She was too proper by half—or so was the accusation of her friends, which was why her father had to find her a husband. But Lord Leisterfield was now gone a year, and Grace was at last shedding the drab colors of mourning. The house felt empty, more so during the coming Christmastide, and so tonight her coming out would begin with a scandalous piece of theater. The play would attract rogues, or so promised her friend the dowager countess. It would indeed. The night would bring about the greatest danger—and the greatest happiness—that Grace had ever known.


Regan offers an excerpt from THE TWELFTH NIGHT WAGER:

Eustace had stated a truth. With each moment shared in the lodge they had grown closer, and not just as friends; Grace had seen the look in his eyes. He had wanted her since before they came to the lodge. But how much of that was her, and how much was ego? Could she give herself to such a man? God help her, she wanted to.

No. The wager was always between them.

She pulled back, and he looked at her, his copper eyes dark with desire and his breath coming in pants. “My lady?”

He rose from the sofa in one leap, dragged a hand through his hair and let out a deep breath. “I cannot be so close to you and not want to touch you, not want to make love to you. I have tried and failed. Each night I lie in bed thinking of you, aware you are just on the other side of the wall and wondering if you are sleeping.”

Though she would not admit it, Grace too had lain awake thinking of him and wishing they were not in separate chambers or in separate beds. She wished there was no wager between them. But there was.

Muttering a curse, Eustace stormed out the door and into the night. Grace followed, feeling the lack of him, fearing she would lose what sweet intimacy they had gained. She had to try to keep him from leaving. But as she came through the front door, his back was to her. He walked across the gravel path and onto the grass, the moon’s bright light casting his shadow onto the ground. He was walking away. How could she bring him back?

“Eustace! What about the wager?”

Posted by Kim in Baltimore at 8:27 AM