Aloha to Lindsay Emory, SISTERHOOD IS DEADLY, and RUSHING TO DIE 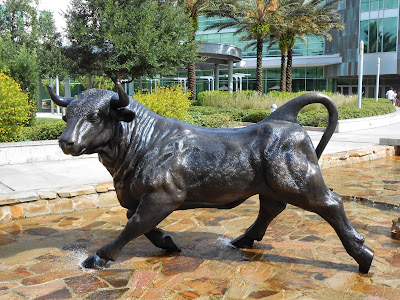 My son loves college life at the University of South Florida - Go Bulls! He has a mentor - one of my sorority sisters lives in Tampa ... and she's a USF alumni, too!  I recently sent her my copies of Lindsay Emory's Sorority Sisters Mystery series.

Margot Blythe is a professional sorority girl. As a Sisterhood Mentor for her beloved Delta Beta, she travels to colleges around the country, advising on serious sorority issues (and picking up all the gossip along the way). Margot is thrilled when she's invited back to her alma mater to assist the Delta Betas—but tragedy strikes when their chapter advisor drops dead during a meeting, sending shockwaves down sorority row.

Shaken by the death—especially when foul play is suspected—Margot has to step up. Appointed the honor of serving as temporary chapter advisor, she now must manage the drama of fifty frazzled sorority women with secrets to hide; protect the house from the annual fraternity pledge pranks, which are more ominous than they seem; and worst of all, combat the ruinous rumors surfacing about a Delta Beta phone sex ring. If she wants to keep rival sororities and a suspicious (but dangerously cute) local policeman from bringing Delta Beta's reputation down, it's up to Margot to find out the truth—about whether a sister could have committed such an unimaginable sin as murder. 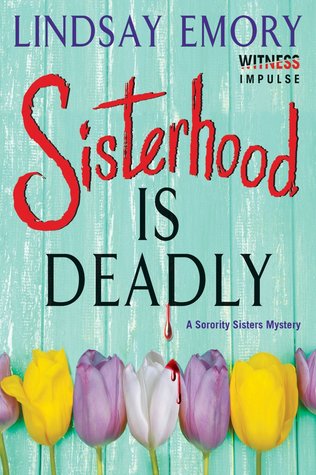 In the second installment of Lindsay Emory’s Sorority Sisters Mystery series, chapter advisor Margot Blythe must expose a sorority row assassin … before she becomes the killer’s next target.

Three months into her tenure as the Sutton College Delta Beta chapter advisor, Margot Blythe has the sorority in tip-top shape, just in time for sorority rush. Snapping and stomping in perfect synchronization, everyone is hopeful that after this rush, Delta Beta’s reputation as “the murder house” will be forgotten.

Until a body is found in the Delta Beta backyard. Again. The woman is found wearing a Delta Beta shirt, which is troublesome enough; even more distressing, no one in the chapter recognizes her. Unwilling to let a minor inconvenience like potential murder spoil the social calendar, Margot gladly hands off the investigation to local police cutie Ty Hatfield, while the Delta Beta girls throw themselves into rush preparations.

But when another body is found, with the terrifying possibility of more to come, Margot does the only thing a responsible advisor can do and demands that rush be canceled, making enemies in every house on sorority row. When the resulting furor starts to get dirty, it’s up to Margot to uncover some nasty messes tucked away in the sorority closets—to save her sisters’ reputations, and their lives. 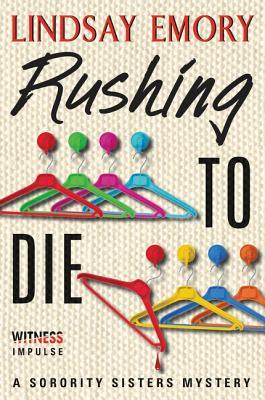 1.  Do you cheer for a favorite college?  Do you have a college in your home town?  Have you seen any sorority or fraternity antics?

I grew up in Coral Gables - a suburb of Miami.  Our bus ride to Ponce De Leon Junior High School took us through the University of Miami (UM) Fraternity Row.  We always laughed at the lion statue outside a frat house - he was a different color every day.  I would later learn in college that the lion represented Sigma Alpha Epsilon (SAE).  In fact, I became an SAE Little Sister ... and a member of the Delta Gamma sorority.

3.  Comments are open through Sunday, October 23, 10 pm in Baltimore. I'll post the winner on Monday, October 24, at SOS Aloha.
Mahalo, 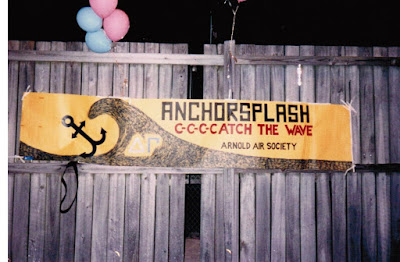 The anchor is the symbol of Delta Gamma.
I coached a team from AFROTC in Anchorsplash (link).