Aloha to the RWA Annual Conference, Motorcycle Club Romances, and Beyond Disney World

The RWA Annual Conference is coming to Orlando (link) - registration opens on Tuesday, February 7. I will be moderating a special workshop:

Rev It Up – Creating an authentic world for Motorcycle Club Romances (and small town romances, too)

Writing a series about motorcycle clubs is more than “strap your hands around my engines”. Join four experts for a hands on experience to “get patched” in the often misrepresented motorcycle culture. We invited the a special Harley Davidson dearlship to offer an introduction to the HOG world, from the weekend warriors to the pros who thrash at Sturgis. Next, authors Laura Kaye, Jade Chandler, and Candance Phillips share how they incorporate the motorcycle culture into romance novels for an authentic representation of this unique American identity. We reserve time for questions from the audience. 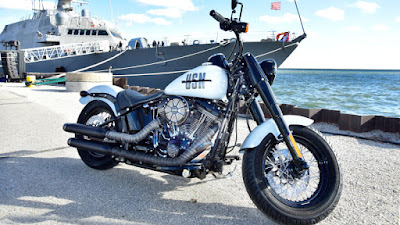 Next year’s Romance Writers of America® Annual Conference is being held at Walt Disney World Resort from July 26-29th. My friends already know that I’m a nerd when it comes to romance and a nerd for all things Disney. So to have both of my worlds merge come next July for #RWA17 is magical. It’s truly where all dreams come true (to use Disney-speak). I’ll be the girl not only wearing her RWA badge and pins but also my Mickey ears hat with pride. I just need to get a hat embroidered with “Elle” in advance.

Thank you, Elle, for this invaluable guide for those looking to explore the many worlds of Walt Disney. 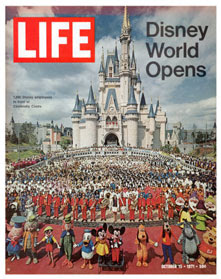 I grew up in Miami and actually attended the grand opening of Walt Disney World in 1971.  I have taken my children in between military moves.  Hence, I will be looking to venture beyond the Mickey's ears:

St. Augustine Florida is known for more than beautiful beaches, great shopping and fine dining. The Nation's Oldest City is rich in over 400 years of history and culture. Our fascinating history spans from the founding of St. Augustine by Pedro Menendez in 1565, to the reign of railroad entrepreneur Henry Flagler in the late 1800s, to the celebration of St. Augustine's 400th birthday in 1965. 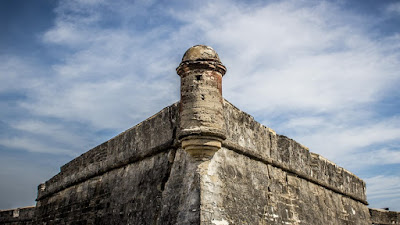 On the way back to Disney World, I'll stop by Bruce Rossmeyer's Destination Daytona to get ready for the Rev It Up workshop.  From its website (link),

The Museum was founded in 1985 and honors the Navy SEALs with its very location in Fort Pierce, Florida – the training site of the first “frogmen” of World War II, who have earned a proud place in Navy SEAL lineage. The museum’s tribute to these warriors is underscored by the Navy SEAL Memorial – the only one of its kind dedicated to Navy SEALs and their predecessors. The names of all who died in service of their country are etched in the granite shrine.

From the Patrol Boat Riverines – PBRs – that enabled the Navy SEALs in navigating and dominating the maze of rivers and canals in Vietnam, to a replica of Osama Bin Laden’s compound in Abbottabad Pakistan, the Navy SEAL Museum houses an array of artifacts that showcase their perilous missions.

The museum recommends 3 hours to tour its facilities.  It website includes special directions:

If you plan to parachute in, prevailing winds are from the Southeast at 10 to 18 knots.

For those of you who plan a SCUBA insertion, water temperatures range from 84° in the summer to under 70° in winter.

Er, I will simply drive.  Anyone attending RWA is welcome to join me for these "research" trips. I wanted to publish these opportunities as you make your travel plans.  If you live in Florida, feel free to join us even if you are not attending the conference.  Contact me at sos.aloha@yahoo.com to chat details.

1.  Have you visited Disney World, St. Augustine, or Fort Pierce?  If so, what are your favorite things about these places  If not, what would you like to see in these "towns"?

2.  Comments are open through Sunday, February 12, 10 pm in Baltimore. 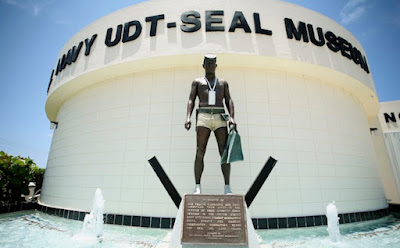