On this day in history .... WWII's First Flying Ace 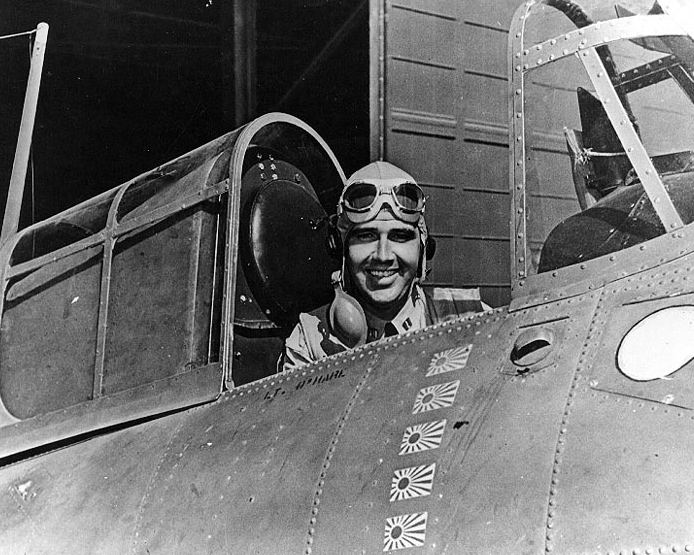 We have winners at SOS Aloha - Kim H., Susan P., and Carol L. win a book choice from my convention stash.

Our country is also a winner .... on this day in 1942, Navy Lieutenant Edward "Butch" O'Hare became WWII's first flying ace.  From AcePilots.com (link).

On February 20, 1942, Butch O'Hare demonstrated in real life, and when it counted most, the fighting skills he had mastered. The carrier Lexington had been assigned the dangerous task of penetrating enemy-held waters north of New Ireland.

Unfortunately, while still 400 miles from Rabaul, the Lexington was discovered by a giant four-engine Kawanishi flying boat .... nine more Japanese bombers were reported on the way. Six Wildcats, one of them piloted by Butch O'Hare, roared off the Lexington's deck to stop them. O'Hare and his wingman spotted the V formation of bombers first and dived to try to head them off. The other F4F pilots were too far away to reach most of the enemy planes before they released their bombs. As if this weren't bad enough, O'Hare's wingman discovered his guns were jammed. He was forced to turn away. Butch O'Hare stood alone between the Lexington and the bombers.

One by one he attacked the oncoming bombers until five had been downed. It was an amazing example of daring and shooting skill. (O'Hare saved the Lexington and) was promoted to Lieutenant Commander and awarded the highest decoration of his country, the Congressional Medal of Honor.


Today, millions of flyers transit O'Hare Airport, probably unaware of the man for whom the airport was named.

Have you been to O'Hare? Do you read the plaques in the airports to learn about the history? One randomly selected commenter wins a book choice from my convention stash. Comments are open through Sunday, February 19, 10 pm in Baltimore. I'll post the winner on Monday, February 20. 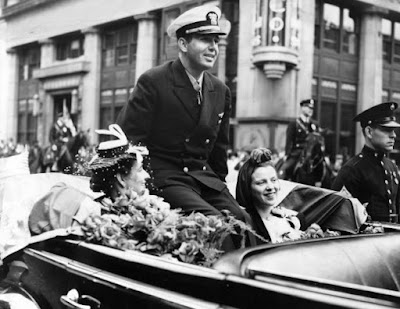