Aloha to Tracey Livesay and LOVE WILL ALWAYS REMEMBER 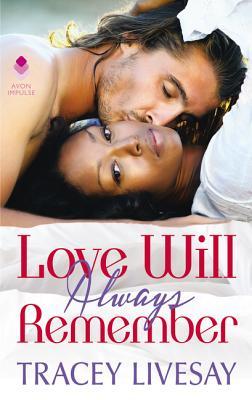 Tracey Livesay is celebrating the release of LOVE WILL ALWAYS REMEMBER, Book 3 in her Shades of Love series ...

When she awakens from a coma, her childhood memories are intact but she possesses no memories of the past six years of her life. Terrified, anxious and disoriented, she's only calmed by the presence of the gorgeous celebrity chef with compassionate brown eyes, the man who turns out to be her fiancée, Jonathan.

Jonathan Moran is tormented over his part in the deception that he's Leighton's fiancé. In truth, she's engaged to his brother! Any day now, her memory is destined to return and she'll remember it's his fault she was injured. Meanwhile, the more time they spend together, the closer they become until Jonathan begins to wish the pretense of them being a couple was real.

And then Leighton's memories come flooding back… 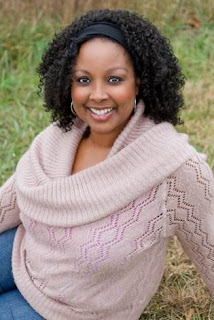 A former criminal defense attorney, Tracey Livesay finds crafting believable happily ever afters slightly more challenging than protecting our constitutional rights, but she’s never regretted following her heart instead of her law degree. She lives in Virginia with her husband—who she met on the very first day of law school—and their three children.

Tracey is hosting a giveaway at this link and offers an excerpt from LOVE WILL ALWAYS REMEMBER ...

An elegant brow lifted. “You’re going to serve me?”

“I do it all.” He reached beneath the bar for a towel and slung it over his shoulder.

He stiffened. Had she actually said that or had his fantasy life taken over for a brief moment? He glanced at her, but her cool expression gave nothing away.

“Special service from a James Beard Award–winning chef. I’ll try to contain myself.”

“I’m sure my brother didn’t waste his breath extolling my achievements, so you’ve been checking up on me?”

He braced his arms against the bar and her eyes followed the motion, lingering. He could barely breathe. He had to force the oxygen into his body. No other woman had ever affected him in this way. Why her? He didn’t understand it.

She averted her gaze. “I check on everyone who comes into my life.”

He frowned. “I was just joking.”

“I wasn’t.” She placed her purse on the bar stool next to her.

Interesting. That type of vigilance made for a very lonely existence. And it wasn’t natural. Something had happened to make her believe such action was necessary. However, he didn’t get the feeling she would be amenable to sharing that information with him.

He straightened. “Now, about that drink . . . a cosmo, apple-tini, strawberry daiquiri?”

She exhaled and her lips quirked. “I appreciate you offering me some of your personal favorites, but I’ll take a Macallan 21 on the rocks.”

He hesitated. “You drink whiskey?”

It was rare, but he did know a few women who enjoyed the smooth spirit. He suspected his disbelief would annoy her.

“Maybe, but it’s borne out by my fifteen years in the restaurant business.”

“Isn’t it wonderful to still be able to discover something new after all that time? An old dog can still learn . . . something.” Her sweet smile had him struggling to contain his grin.

He grabbed a lowball glass off the stack, added a couple of ice cubes and poured the drink. “M’lady.”

She took a sip. Her lashes fluttered and her jaw moved laterally as she coated her tongue with the flavors. The blood rushed straight to his dick again—it must have an E-Z pass—leaving him momentarily light-headed. Thank God he was standing behind the bar.

She set the glass down on the black cocktail napkin he’d provided. “What do you drink besides your beloved apple-tinis?”

She had jokes. One corner of his mouth tipped upward. That’s all he’d allow her. “Macallan’s good, but I prefer bourbon. Jefferson’s Presidential Select.”

“I’ve heard good things about Jefferson but I’ve never had the opportunity to try some,” Leighton said. “The stock is limited, right?”

“Yes, but I tracked down a case of the Seventeen.” He smiled, recalling the night he’d shared a bottle with Adam and Mike last year. “I’d be willing to part with a little bit.”

Silence met his offer. Then— “Maybe I can get Thomas to try it. He tends to stick to craft beers.”

He turned to put the bottle he’d used on the back bar shelf where it belonged. “Yeah, well, my brother’s taste has always left a lot to desired.”

Only after the words were out did he realize how they sounded. He turned back in time to see the hurt on her face morph to anger. “I’m sorry. That’s not what I meant.”

Her expression cut into him like an extremely sharp gyuto knife. She held up a hand as if to halt his words. “Then it’s a good thing your opinion makes no difference to our life at all.”

“No seriously. Leighton.” He rushed around the bar and reached for the hand that had fallen to her lap. He didn’t question his need for her to understand his words weren’t aimed at her. He dipped his head until he forced her to meet his eyes. “I swear, I wasn’t talking about you. My brother should be on his knees kissing someone’s ass every day, thanking his lucky stars that you’ve agreed to marry him.”

She stared at him, stone faced, and he feared he may have ruined whatever accord they’d managed to form.

Which was probably for the best.

But when her features began to soften and forgiveness seemed to follow, relief made him giddy and he couldn’t have stopped what he did next even if his very survival depended on it.

One taste. That’s all he needed.

He touched his lips to hers.

He’d been wrong. He’d need much, much more.

He deepened the kiss, tasting, nibbling then moaning when her lips parted and she let him in. Her soft tongue glided against his and desire roared through him.

Her arms snaked around his waist and clutched his ass. She scooted forward on the stool, spreading her thighs and pulling him between them. His fingers skimmed along her jaw and slid through her hair, like air moving against silk.

His heart was pounding so loudly it drowned out any protests his rational mind tried to put forth. He didn’t care who she was, who he was, or why this could never be. He’d never experienced this kind of raw passion with anyone and in that moment, his only concern was giving her as much pleasure as she was giving him.

“Chef, do you want us to leave you—” Gib’s voice acted as fingers on a chalkboard, jarring and cringeworthy.

Leighton’s eyes flew open, and fear and disgust contorted her features. She pushed against his chest, catching him off guard, and he fell back into a neighboring bar stool.

Before he could process what was happening, she’d jumped from the stool and was running—quite a feat in her heels—to the front door.

He hurried after her. “Leighton!”

She pushed out into the night and paused looking left and right.

He saw the metal scaffolding falling and a roaring filled his ears.

He started to run. “Leighton, wait!”

He was too late. 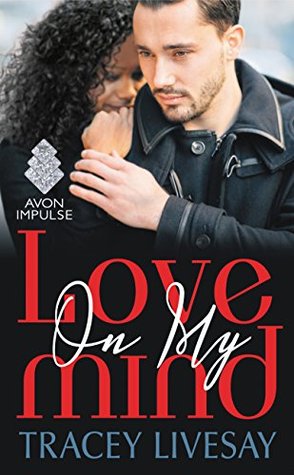 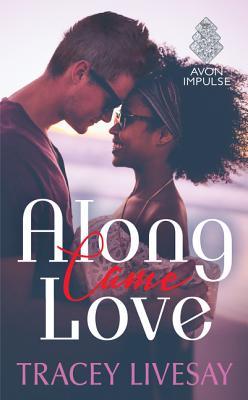 Posted by Kim in Baltimore at 8:11 AM