Aloha to Mariah Stewart and THE CHESAPEAKE BRIDE 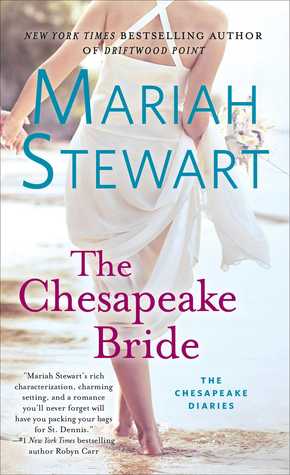 This weekend marks the end of summer.  For Marylanders, that means a trip to the Cheasapeak Bay.  Enter Mariah Stewart with a new chapter in her celebrated Chesapeake Diaries series ....


Architect Cassidy Logan has sworn off good-looking adventurers. Newly divorced, she’s focused on building ecologically friendly, historically accurate homes on the Chesapeake Bay for her father’s construction company. Traveling to Cannonball Island—where there has been no new construction in nearly one hundred years—Cass is sensitive to the heritage of the island, and has come up with plans so perfect she’s determined to buy a home for herself. Even the fact that Owen Parker—a local who she dismisses as a lightweight and a player—seems to be everywhere isn’t enough to deter her from building her dream house.

Owen Parker is and always has been sinfully handsome and wickedly clever, a magnet for mischief as well as girls. He’s a rolling stone, going and doing whatever appeals to him, from flying a mail plane in Alaska, to working on a cattle ranch in Australia, a shrimp boat in Louisiana, and surfing and diving in Costa Rica. When an old friend offers him a job salvaging a sunken ship on the Chesapeake Bay, Owen gladly accepts. Something’s been telling him it was time to head home to Cannonball Island, and a job is as good an excuse as any. And he’s totally smitten by the pretty architect on the scene, but it seems he’s finally met a woman who’s immune to his charms. Sooner or later, Owen will have to face the reason why he always runs, because this time, leaving just might be harder than staying. 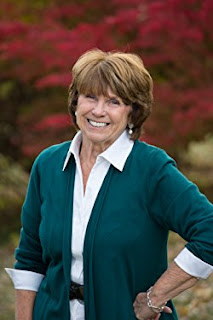 Mariah Stewart is the award-winning New York Times and USA Today bestselling author of numerous novels and several novellas and short stories. A native of Hightstown, New Jersey, she lives with her husband and two rambunctious rescue dogs amid the rolling hills of Chester County, Pennsylvania, where she savors country life and tends her gardens. Visit her website at mariahstewart.com, like her on Facebook at AuthorMariahStewart, and follow her on Instagram at mariah_stewart_books. 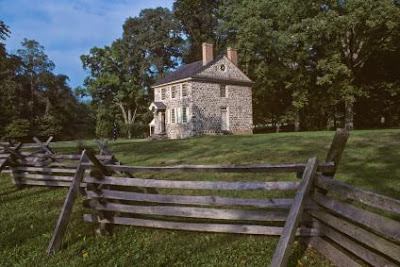 I am giving away a swag pack from RWA17 to four randomly selected commenters from my posts published in the month of September.  To enter the giveaway,

1. What do you know about Pennsylvania - the Keystone State?

I recently drove up for the day to Philadelphia with college friends - we walked around the historic downtown, soaking up our democracy in action.


2. Comments are open through Saturday, September 30, 10 pm in Baltimore.