Aloha to Jenna Jaxon and BETRAYAL 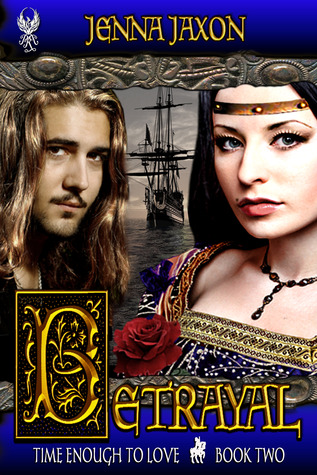 Downtown Abbey ended its fourth season with a tease of court life - the Grantham Family traveled to London for Lady Rose's presentation.  Indeed, scandal creeped into the plot - but it was the Granthams trying to prevent a scandal brewing from the Prince's indiscretions!  The English court has a long history of indiscretions ... and Jenna Jaxon gives a taste from Medieval England in BETRAYAL, Book 2 in her Time Enough To Love series ....

The worst betrayals come from within.

After a night of passion with her betrothed, Sir Geoffrey Longford, Lady Alyse de Courcy is eagerly looking forward to her wedding. But when Geoffrey is forced to marry another, a heartbroken and possibly pregnant Alyse finds herself in her own private hell. She must either gamble with her reputation or marry someone she does not love.

A reputed connoisseur of women, Thomas, Lord Braeton, has dallied with many ladies of King Edward’s court, although he has favored none. However, as Geoffrey’s best friend, Thomas has sworn to serve and protect Alyse, an oath now sorely tested when he agrees to marry her—in name only—to guard her reputation. Yet, as they grow closer, and Thomas discovers Alyse’s sweet but spirited nature, he comes to desire a marriage in truth. Can he overcome her memory of Geoffrey or is Thomas doomed to burn with passion for a woman he can never possess?

Betrayal can only happen if you love. - John le Carre

Jenna Jaxon's foray into the English Court reminds me of Showtime's THE TUDORS - the cable show offered beautiful costumes, enchanting music, and soap operatic court intrigue that rivaled Dallas, Dynasty, and the Housewives series.    Yet Jaxon accomplished the same, but two hundred years early, by relying upon her writing talents to deliver the same feeling that I was watching the action from within.

Jaxon delivers an authentic setting of a time of unquestioned loyalty to the crown, arranged marriages, and honor above all.   Alyse drew me into her world, from praying in the chapel, attending to the princess, and privately grieving the loss of her fiance.  It was only natural for Alyse to question Geoffrey's offer and resist his charms.  BETRAYAL is a sweet story of "love against the odds" in a time when love didn't factor into arranged marriages that suited the king.

When I started BETRAYAL, I quickly understood Alyse's back story.  I assumed this was a stand alone novel; I was surprised by the cliff hanger.   Upon further investigation, I now realize that BETRAYAL is a continuation of BETROTHAL.   I don't feel that jumping into BETRAYAL, without reading BETROTHAL, impeded my enjoyment of it.   For readers who enjoy Medieval Romance, I recommend starting with BETROTHAL to savor the continuing story of BETRAYAL.

I received an e-ARC from the author for an honest review.   I am giving away a e-copy of BETROTHAL (Book 1) to one randomly selected commenter.  To enter the giveaway,

1.  Leave a comment about prime time dramas - did you watch Dallas (80s version)? Dallas (current version on TNT)? Dynasty?  The Tudors?  Housewives?  or any other show that is over the top?

I have been sucked back into the world of Dallas on TNT.

3.  Comments are open through Saturday, March 1, 10 pm in Baltimore.  I'll post the winner on Sunday, March 2.

To learn more about Jenna and her books, check jennajaxon.wordpress.com. 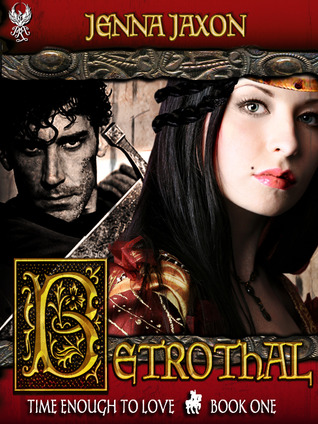 Posted by Kim in Baltimore at 9:25 PM