Aloha to Jill Mansell and MAKING YOUR MIND UP 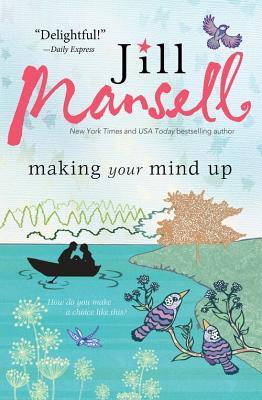 Love is a complicated thing…

Lottie Carlyle is happy enough. Living in a beautiful cottage with her two adorable—sometimes—kids in an idyllic village, on good terms with her ex-husband, and with friends all around, everything is going just fine. But when she meets her new boss, her peaceful world is thrown into delightful, exciting, and frustrating chaos. Tyler is perfect for Lottie, but her kids do not agree. To make matters worse, the handsome and mysterious Seb appears on the scene, intriguing—and distracting—Lottie and charming her children, making it more and more difficult for her to make up her mind… 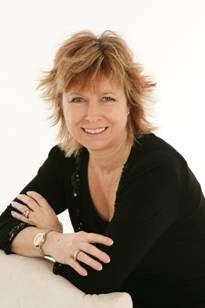 With over 9 million copies sold, New York Times and USA Today bestselling author Jill Mansell writes irresistible and funny romantic tales for women in the tradition of Marian Keyes and Sophie Kinsella. She worked for many years at the Burden Neurological Hospital, Bristol, and now writes full time. She lives with her partner and their children in Bristol, England.


Sourcebooks is offering an excerpt from MAKING YOUR MIND UP:

The lane that ran alongside the garden of Hestacombe House was narrow and banked high on both sides with poppies, cow parsley, and blackberry bushes. Turning left, Tyler Klein worked out, would lead you back up to the village of Hestacombe. Turning right took you down to the lake. As he took the right turn, Tyler heard the sound of running feet and giggling.

Rounding the first bend in the lane, he saw two small children twenty or thirty yards away, clambering over a stile. Dressed in shorts, T--shirts, and baseball caps, the one in front was carrying a rolled--up yellow-and-white-striped striped towel, while his companion clutched a haphazard bundle of clothes. Glancing up the lane and spotting Tyler, they giggled again and leaped down from the stile into the cornfield beyond. By the time he reached the stile they’d scurried out of sight, no doubt having taken some shortcut back to the village following their dip in the lake.

The lane opened out into a sandy clearing that sloped down to meet a small artificial beach. Freddie Masterson had had this constructed several years ago, chiefly for the benefit of visitors to his lakeside vacation cottages, but also—-as Tyler had just witnessed—-to be enjoyed by the inhabitants of Hestacombe. Shielding his eyes from the glare of the afternoon sun as it bounced off the lake, Tyler saw a girl in a bright turquoise bikini floating lazily on her back in the water. There was a faint unearthly wailing sound coming from somewhere he couldn’t quite place. Then the noise—-was it singing?—-stopped. Moments later, as Tyler watched, the girl turned onto her front and began to swim slowly back to shore.

It could almost be that scene from Dr. No, where Sean Connery observes Ursula Andress emerging goddess--like from a tropical sea. Except he wasn’t hiding in the bushes and he had all his own hair. And this girl didn’t have a large knife strapped to her thigh.

She wasn’t blond either. Her long dark hair was a riot of snaky curls plastered to her shoulders, her body curvy and deeply tanned. Impressed—-because an encounter like this was the last thing he’d been expecting—-Tyler nodded in a friendly fashion as she paused to wring water from her dripping hair and said, “Good swim?”

The girl surveyed him steadily, then looked around the tiny beach. Finally she said, “Where’s my stuff?”

Stuff. Taken aback, Tyler gazed around too, even though he had no idea what he was meant to be looking for. For one bizarre moment he wondered if she had arranged to meet a drug dealer here. That was what people said, wasn’t it, when they met up with their dealer?

“The usual stuff you leave out of the water when you go for a swim. Clothes. Towel. Diamond earrings.”

Tyler said, “Where did you put them?”

“Right there where you’re standing. Right there,” the girl repeated, pointing at his polished black shoes. She narrowed her eyes at him.

“I guess it is. But I’m not the one playing it.” Half turning, Tyler indicated the narrow lane behind him. “I passed a couple kids back there, carrying off stuff.”

She had her hands on her hips now, and was surveying him with growing disbelief. “And it didn’t occur to you to stop them?”

“I thought it was their stuff.” This was ridiculous, he’d never said the word stuff so many times before in his life. “I guess I just thought they’d been swimming down here in this lake.”

“You thought the size ten pink halter--necked dress and size seven silver sandals belonged to them.” The sarcasm—-that particularly British form of sarcasm—-was evident in her voice.

“The sandals were wrapped up in something pink. I didn’t actually get a close look at the labels. I was thirty yards away.”

“But you thought they’d been swimming.” Gazing at him intently, the girl said, “Tell me something. Were they…wet?”

Shit. The kids hadn’t been wet. He’d make a lousy private eye. Unwilling to concede defeat, Tyler said, “They could have come down for a paddle. Look, did you really leave diamond earrings with your clothes?”

“Do I look completely stupid? No, of course I didn’t. Diamonds don’t dissolve in water.” Impatiently she shook back her hair to show him the studs glittering in her earlobes. “Right, what did these kids look like?”

The girl raised her eyebrows. “That’s incredible. Your powers of observation are dazzling. OK, was it a boy and a girl?”

“Maybe.” He’d assumed they were boys, but one had had longer hair than the other. “Like I said, I only saw them from a distance. They were climbing over a stile.”

“Dark hair? Thin and wiry?” the girl persisted. “Did they look like a couple of gypsies?”

“Yes.” Tyler was instantly on the alert; when Freddie Masterson had been singing the praises of Hestacombe he hadn’t mentioned any gypsies. “Are they a problem around here?”

“Damn right they’re a problem around here. They’re my children.” Intercepting the look of horror on his face, the girl broke into a mischievous smile. “Relax, they’re not really gypsies. You haven’t just mortally offended me.”

“I didn’t see a thing, little sods. They must have crawled through the bushes and sneaked off with my stuff when I wasn’t looking. That’s what happens when you have kids who are hell--bent on joining the SAS. But this isn’t funny.” No longer amused, the girl said impatiently, “I can’t believe they’d do something so stupid. They don’t think, do they? Because now I’m stuck here with no clothes—-”

“You’re welcome to borrow my jacket.”

“I’m not lending you my shoes,” Tyler drawled. “You’d look ridiculous. Plus, that’d leave me with nothing to put on my feet.”

“Wuss.” Thinking hard, the girl said, “OK, look, can you do me a favor? Go back up to the village, past the pub, and my house is three doors down on the right. Piper’s Cottage. The doorbell’s broken so you’ll have to bang on the door. Tell Ruby and Nat to give you my clothes. Then you can bring them back down to me. How does that sound?”

Water from her hair was dripping into her clear hazel eyes, glistening on her tanned skin. She had excellent white teeth and a persuasive manner. Tyler frowned.

“What if the kids aren’t there?”

“Right, now I know this isn’t ideal, but you have an honest face so I’m going to have to trust you. If they aren’t there, you’ll just have to take the front door key out from under the tub of geraniums by the porch and let yourself into the house. My bedroom’s on the left at the top of the stairs. Just grab something from the wardrobe.” Her mouth twitching, the girl said, “And no snooping in my panty drawer while you’re there. Just pick out a dress and some shoes then let yourself out of the house. You can be back here in ten minutes.”

“I can’t do this.” Tyler shook his head. “You don’t even know me. I’m not going to let myself into a strange house. And if your kids are there…well, that’s even worse.”

“Hi.” Seizing his hand, she enthusiastically shook it. “I’m Lottie Carlyle. There, now I’ve introduced myself. And my house really isn’t that strange. A bit untidy perhaps, but that’s allowed. And you are?”

“Well, you’re a big help. I’m going to look like an idiot walking through the village like this.”

“I told you, you can borrow my jacket.” Seeing as she was dripping wet and his suit jacket was silk--lined and seriously expensive, he felt this was a pretty generous offer. Lottie Carlyle, however, seemed unimpressed.

“I’d still look stupid. You could lend me your shirt,” she wheedled. “That’d be better.”

Tyler was here on business. He had no intention of removing his shirt. Firmly he said, “I don’t think so. It’s the jacket or nothing.”

Realizing when she was beaten, Lottie Carlyle took the jacket from him and put it on. “You drive a hard bargain. There, do I look completely ridiculous?”

“You’re too kind.” She looked sadly down at her bare feet. “Any chance of a piggy back?”

“I’m thinking of my street cred.”

Interested, Lottie said, “What are you doing here, anyway? In your smart city suit and shiny shoes?”

There clearly wasn’t much call for city suits here in Hestacombe. As they turned to leave, Tyler glanced back at the lake, where iridescent dragonflies were darting over the surface of the water and a family of ducks had just swum into view. Casually he said,
“Just visiting.” 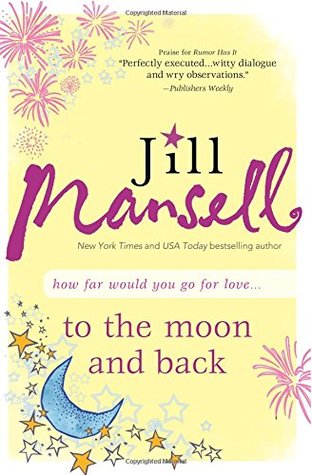 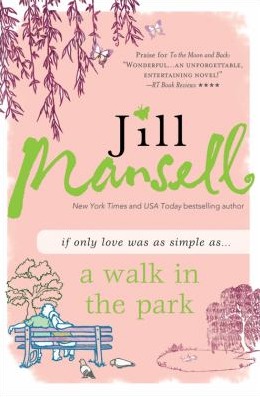