Aloha to Maggie Mae Gallagher and REMEMBER ME - A Mystic Novel 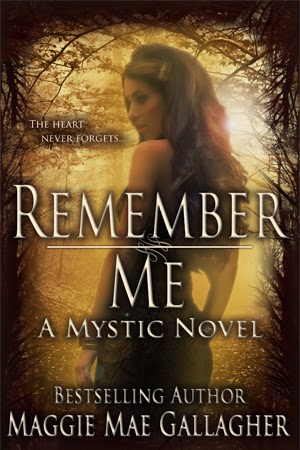 When world renowned psychic, Madelyn Rose, accepts a missing children’s case on the Navajo Reservation, she believes it is a case she is more than capable of solving. What she never expects is for Detective Bronx Daniels to dredge up images of their shared past life and challenge the foundation of her future. In the wide open spaces of the Arizona desert, Madelyn and Bronx are forced to rely upon each other for survival as they race to save the abducted boys from the will of a madman. But with her life on the line, will Madelyn risk it all for a love that crosses time?

Bestselling author Maggie Mae Gallagher doesn’t remember a time when she wasn’t writing. When she was a kid she acted out her favorite scenes, only better, with her brother and cousin. As a teenager, she wrote reams of poetry, but realized her true love lay with creating characters and stories. A former music and history major, Maggie is a total geek at her core. When she is not writing, she adores attending the latest comic con or spending time with her family. She lives in St. Louis, Missouri, with her two furry felines.

Maggie is giving away a digital copy of REMEMBER ME.  To enter the giveaway,

1.  Leave a commetn about the Arizona desert - have you visited it?  Or any desert?

I enjoyed a Nile River Cruise from Luxor to Aswan.   In Aswan, we hopped on a bus trip through the desert to Abu Simbel where King Ramses II overlooks Lake Nasser - here's the official link.

Maggie offers an excerpt from REMEMBER ME ....

She nodded, and followed Bronx the quarter mile distance back to his house. She trailed him, watching as he pulled his cell phone from his pocket, liking the unheeded view of his backside in jeans.

“Jeff, contact the forensics team in Dilkon and have them meet me here on the double.” He hung up, his long legs eating up the short distance to his house. They didn’t stop until they stepped into his bathroom.

From the medicine cabinet above his sink, he removed antiseptic, peroxide and bandages then switched the faucet on. “Give me your hand.”

She prayed she wouldn’t have a vision when he touched her. Not now, when she was hurt. She extended her injured arm. He unwrapped his shirt from her wrist, tossing it on the counter. She hissed as the air hit the wound and blood seeped.

Very gently, with a soapy washcloth, he cleaned the cut, removing the blood from her wrist, yet he only touched her through the washcloth, which saved her from experiencing another past-life vision. She grimaced at the burning sting. Was that the key? That flesh-to-flesh contact made it happen? She tried to remember each place he had touched her. The gash was about three inches long but thankfully not deep enough to need stitches.

“This may hurt a bit,” Bronx murmured and poured hydrogen peroxide over the cut. The cool liquid hit her skin. She hissed at the searing sting. Blinking moisture from her eyes, she focused on his bare chest as a distraction from the white bubbling disinfectant.

“Sorry. Here.” Bronx bent and blew on the peroxide-covered wound as the liquid bubbled white. Her skin tingled, heating her blood, as his warm breath caressed her wrist. Bronx stopped blowing on her cut and stood straight. She watched the play of his muscles as they rippled when he turned, grabbing the antiseptic ointment. He lathered her cut with ointment before applying a bandage.

“Hold this in place for me,” he murmured. She placed her opposite hand on the bandage as he started wrapping up her wrist with gauze to keep the bandage in place. Their fingers tangled on a pass around her wrist. Glancing up at his face, Bronx’s image shifted, becoming Thunder Eagle for a moment.

As soon as their hands parted, his appearance shifted back to Bronx. Fascinated by the switch, she placed her hand upon his bare chest, testing her theory of skin contact. The picture shifted once again and she stared at Thunder Eagle. She did this a few times, putting her uninjured hand in the same spot and experienced the same results.

Bronx chuckled. “Is there something I can help you with?”

Maddie snatched her hand off Bronx’s chest. She glanced in his eyes. This close she noticed the tiny flecks of gold around his pupils. Embarrassed by her actions, her gaze dropped to his lips, which were surrounded by a day’s growth of dark stubble. She looked back up, an apology on the tip of her tongue. His expression had shifted, his brown eyes simmered. The air heated in the small confines of the tiny bathroom. In slow motion, he dipped his head toward her. He stared at her lips like they were a sumptuous feast and he was a starving man.

Her breath caught in her throat as her lips parted in anticipation. His mouth descended a hairsbreadth between his lips and hers. No sound except their twin heartbeats between them sounding like the drumbeat call. Each of them waited for the other to push forward. Maddie surrendered and closed her eyes as she felt her breath mingle with his. 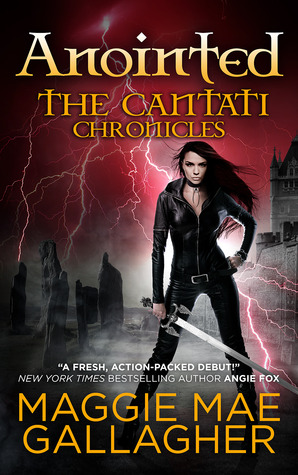 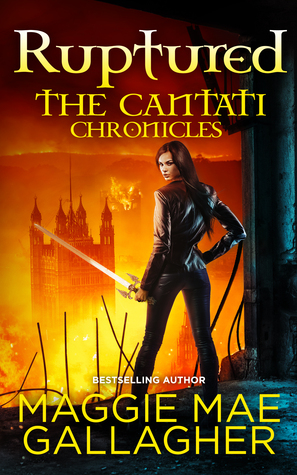