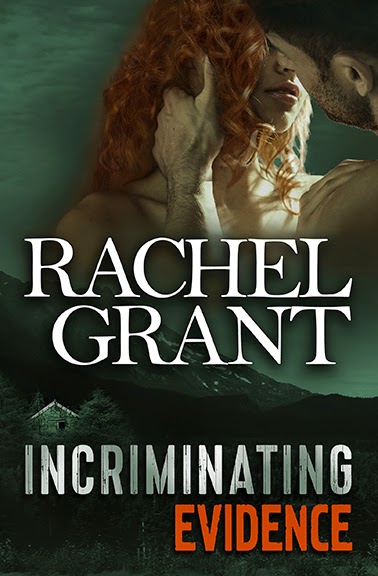 Aloha!  Rachel Grant joins us today to celebrate the release of INCRIMINATING EVIDENCE,  Book 4 in her Evidence series.   She joined us last year (link) - we chatted about being a professional archaeologist and living in Hawaii.   More recently, Rachel discovered I attended Countryside High School (courtesy of Facebook) ... naturally, I invited her back for another chat!

Kim:  Blast from our past! We are both "Cougars" from Clearwater .... looking back at high school, what did you see in your future?

Rachel: My senior year at CHS, I was editor of the school literary magazine, The Laureate, and one of the creative writing exercises we were given to kill time after the magazine was put to bed was to write about where we saw ourselves at our 10 year high school reunion. If I remember correctly, I wrote that in ten years I’d be married to Patrick Swayze and an author. I was kidding about Patrick Swayze (at the time my crush was more Rob Lowe, but Dirty Dancing gave my senior year a soundtrack), but I knew I wanted to be a writer. I missed my 10 year reunion because at the time I was newly married (with no regrets that my husband is neither Swayze or Lowe) and had moved to Washington, D.C., where I worked as an archaeologist in an office that later became the model for Talon & Drake in Concrete Evidence.

I’ve tried to find my high school creative writing teacher – Ms. Ceraolo-O’Donnell (did you have her?) – I’d love to let her know I did go on to become an author, but haven’t had any luck so far.


Kim:  Funny that we both graduated from the same high school, lived on the same Hawaiian island, and both love romance. When/who/how did you discover the enticing world of romance?

Rachel:  It started with sneak-reading my older sister’s copy of Ashes in the Wind by Kathleen Woodiwiss when I was about 13. Then, when I was fifteen and the new kid at CHS (we moved right before my sophomore year) I met Diana, another new student, who unabashedly read historical romance and introduced me to Jude Deveraux, Johanna Lindsey, Shirlee Busbee, Jennifer Blake, and Laurie McBain. Imagine my fangirl moment when Shirlee Busbee followed me on Twitter! Now multiply it by 10 when I was included in a box set with Jennifer Blake!


Kim:  (reading over her bio), My husband loves THE PRINCESS BRIDE. What's your favorite character/scene/line?

Rachel:  My first instinct was to say Fezzik. I love all of his dialogue. But I think my favorite scene is the sword fight, which he isn’t even in, so maybe Inigo? Although I had a huge crush on Cary Elwes in the late 80s. (Lady Jane! The Princess Bride! Glory!)

Kim:  THE PRINCESS BRIDE was recently broadcast on Cable.  Perhaps the best line is the last:

The Grandson: Grandpa, maybe you could come over and read it again to me tomorrow.

Grandpa: As you wish.

Tell us about INCRIMINATING EVIDENCE - what inspired it?

Rachel:  After writing Body of Evidence, I toyed with the idea of taking a character who was similar to a previous villain and make him the hero. I couldn’t redeem an actual villain (my villains are unredeemable) my idea was to have a man in the same profession as a previous villain. My first thought was to redeem a treasure hunter (Concrete Evidence), but this would be difficult, because treasure hunting is just about the worst thing an archaeologist can do. The CEO of Raptor, a mercenary organization (Body of Evidence), was my next choice, and once I knew Alec’s profession, the story grew from there.

(If you haven’t read Concrete Evidence or Body of Evidence, these aren’t spoilers; it’s clear Jake Novak and Robert Beck are villains early in each book.)

I still might write my treasure hunter hero someday, if I can figure out how to make it work. But really, treasure hunters are bad guys, no matter what everyone else says.

Want to know more about Incriminating Evidence? Here is the blurb. You can read an excerpt here.

From enemies to allies…

When archaeologist Isabel Dawson stumbles upon an unconscious man deep in the Alaskan wilderness, her survival skills are put to the test. She tends his wounds and drags him to shelter, only to discover she’s saved the life of Raptor CEO Alec Ravissant—the man who may have covered up her brother’s murder to save his senatorial campaign.

With no memory of the assault that landed him five miles deep in the forest, Alec doesn’t know what to believe when he wakes in the clutches of the beautiful redhead who blames him for her brother’s death, but he quickly realizes he needs her help to uncover the truth about his lost hours.

Isabel never imagined she’d find herself allied with Alec, and he’s the last man she ever expected to find attractive. But the former Army Ranger-turned-politician proves seductively charming, and he’s determined to win much more than her vote. When their quest for answers puts Isabel in the crosshairs, Alec must risk everything—his company, his campaign, and his life—to protect her.

Kim:  What's next for Rachel Grant?

Rachel:  The next book in the Evidence Series, Covert Evidence, is written. The heroine is Cressida Porter, a character introduced in Withholding Evidence. Cressida gets in trouble while on a research trip in Turkey, and must put her trust in a handsome American spy to survive. No release date yet, but readers who sign up for my new release mailing list will be the first to know when it’s available, Rachel-Grant.net.

Thank you so much for having me Kim!

Mahalo, Rachel, just being awesome!  Rachel is giving away a digital copy of BODY OF EVIDENCE to one randomly selected commenter.  To enter the giveaway,

1.  Leave a comment about high school, Princess Bride, or archaeology.

I was a geek in high school although I did earn a letter in Track.

My family enjoys Fight School (link) at the Maryland Renaissance Festival - they reenact the famous sword scene from The Princess Bride.

I wanted to be an archaeologist ... the closest to that dream was visiting Egypt in 2004 as a tourist. 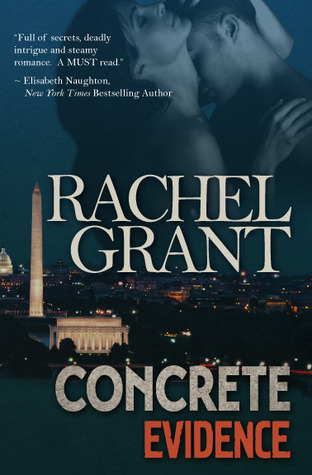 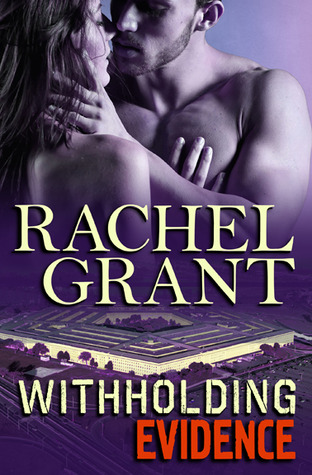 Posted by Kim in Baltimore at 6:34 PM