Aloha to UNFORGETTABLE with Heather Ashby and Christopher Bergeron 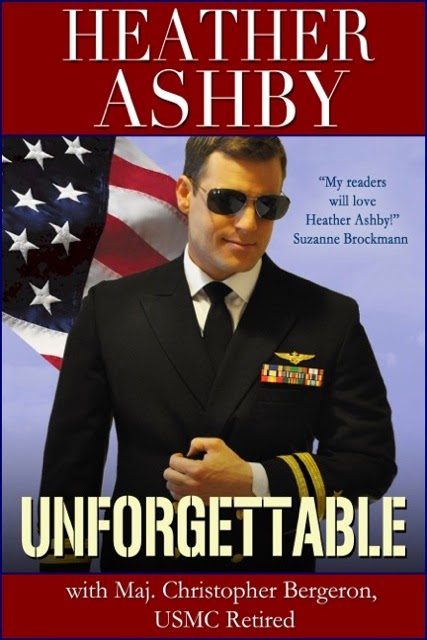 Thanks for inviting me today, Kim. I’m so happy to share my stories about healing with your readers, both military and civilian. In February, a woman approached my table at the Amelia Island Book Festival here in Florida and thanked me for the healing properties in my books. She said she was a physician in the Washington, D.C. area and that she recommends Book 2 in my “Love in the Fleet” series, Forget Me Not, to her military couples dealing with PTSD. My jaw dropped and the following words echoed in my head: Mission accomplished.

She mentioned that not only were there psychological steps to healing in the book, but “it is told in story form, not preaching to the reader. And it appeals to female and male readers—both the romance and the military action. Plus, much of it is told from a male point of view.” Not only have I spent a lot of time around military men—my retired Navy husband being one of them—but the military advisers for all my books are male. One recently said, “You’ve created a new genre, Heather: The technically-correct-modern-warfare-self-help-romance novel.” 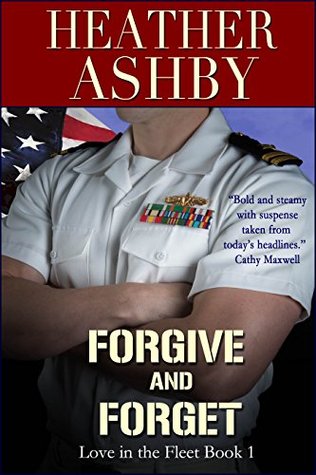 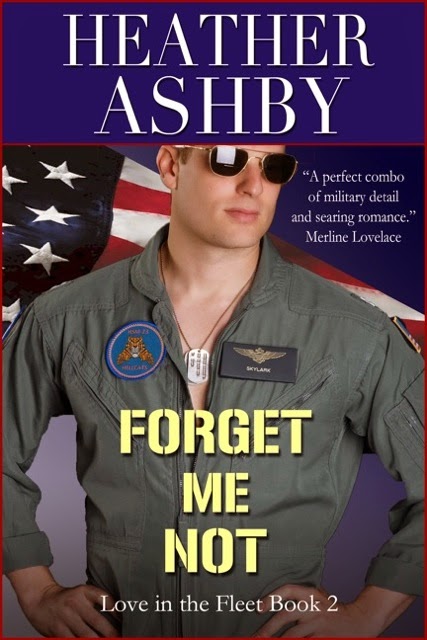 Book 4 in my series, Unforgettable, is co-authored by a retired Marine, Major Christopher Bergeron. Chris was the advisor on Book 3, Never Forget, as well. Both books take place aboard USS New York and feature a Marine gunnery sergeant with PTSD forged in Helmand Province, Afghanistan, a place where Chris served. I mentioned to him that 90% of romance novels are read by women. He smiled and added, “Yes, and 90% of the people who get guys to seek help for their PTSD are their wives. We gotta’ write these books.”

Our Marine protagonist and his issues are introduced in Never Forget and he is healed in Unforgettable by a hypnotherapist. Before you scoff, let me explain. 9/11 occurred a month after the unexpected death of my only sibling. My Army son left for war several months later, and I assumed care of my eccentric, elderly mother—while I was teaching elementary school. I resumed smoking cigarettes, a habit I had kicked twenty years earlier. After my son was safely home and the dust had settled, I went to a hypnotherapist as I had become a completely addicted smoker again. She not only removed smoking from my life in one day, but healed all the reasons I ever smoked in the first place! My immediate reaction was: “Can this heal combat PTSD?” To which she replied, “Absolutely.” Then and there, I knew I had to write this story. Check out this interview on NPR for more information at this link. 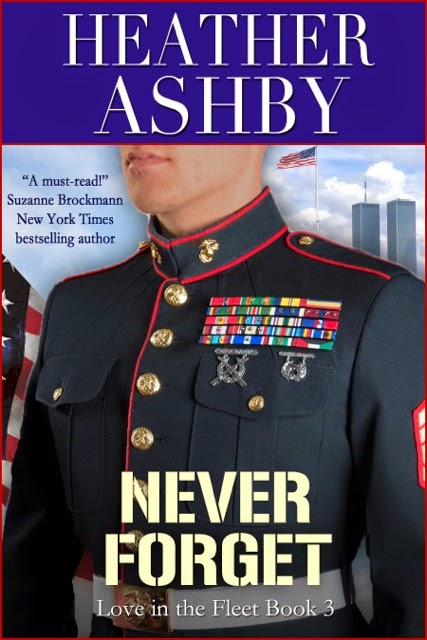 The doctor who thanked me at the book signing shared her concerns over the medications being prescribed for PTSD. She said that we need to heal the reasons why patients have symptoms, not just treat the symptoms. I totally agree. The hypnotherapist I saw in 2010 gave me a new lease on life. And I want that for all of our troops who came home with issues. I hope and pray that Unforgettable will find its way into the hands of those who need to read it. And then I can say, once again: Mission accomplished.

I’d like to close with words from Christopher Bergeron’s acknowledgements in Unforgettable:

“Last, thanks to all my brothers and sisters who came home wounded in ways no one could see. I hope you find the healing I have found. Never give up the fight to be you again. It’s the most important battle. Semper Fi to all.”

Your readers are invited to stop by and chat with Chris and me and our awesome guest authors on Facebook at AN UNFORGETTABLE LAUNCH PARTY from 5-10 EDT on April 15, 2015. Click here to RSVP. Hope to see you there!

Award winning author, Heather Ashby is a Navy veteran who taught school and raised a family while accompanying her Navy husband around the United States, Japan, and the Middle East. In gratitude for their Army son’s safe return from Afghanistan and Iraq, she now writes military romance novels, donating half her royalties to Fisher House Foundation in support of wounded warriors and their families. Her son serves as her cover model, helping to raise money for Fisher Houses around the world. Heather lives in Atlantic Beach, Florida with her retired Navy husband. Unforgettable is the fourth and final book in the “Love in the Fleet” series. 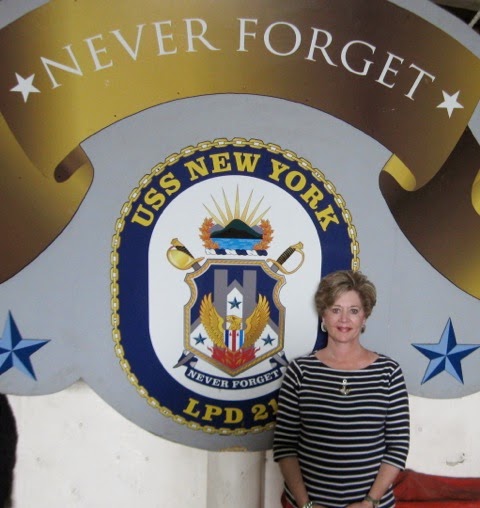 Christopher Bergeron is a retired Major in the United States Marine Corps, with twenty-four years of service. His ten deployments include combat tours in Desert Shield/Desert Storm; Somalia; Kosovo; Haiti; Fallujah, Iraq; and Helmand Province, Afghanistan. Chris’s travels have covered the globe, including more than twenty countries. He lives with his wife and son in Rockford, Michigan, where he is currently a Communications/Marketing student at Grand Valley State University. Unforgettable is his first novel. 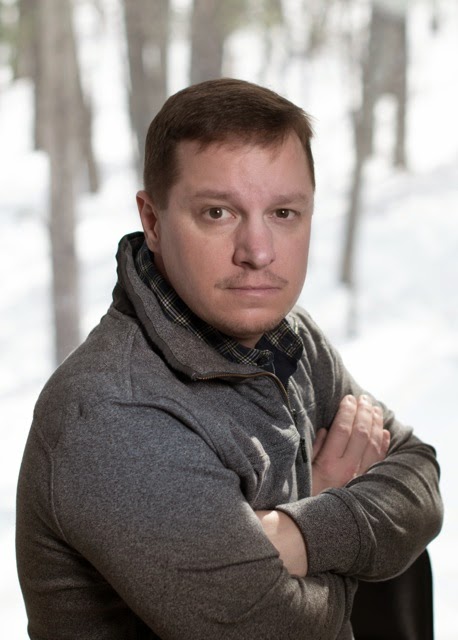 The 9/11 spirits aboard USS New York are back! Their mission: help Adam, Gwyn, Mike, and Cate find their happily ever afters—and stay alive. As the only person who can see them, Lieutenant Gwyn Pritchard tries to help the spirits move on to the light. That is, when she’s not helping Gunnery Sergeant Adam Connor heal from his PTSD—or falling madly in love with him.

Captain Cate Hawkins, has run from her unconventional childhood by becoming a Marine Corps pilot. But when a mission in East Africa goes awry, she finds herself in a race for her life. After burying the hatchet with Cate, Navy pilot Mike Nikolopoulos wants nothing more than to rescue his new love. If the spirits help him save her, they’ll finally be free to move on. But can Mike overcome a sudden fear of flying to find his way to Cate before terrorists repeat “Black Hawk Down”—with a female American pilot this time?

Thanks for in inviting me, Kim. Now I have a question for your readers. What do you think is the secret to healing? Any kind of healing? Could be bodies, relationships, emotions, you name it. I have a $10 gift card for one lucky commenter. Blessings to you and your readers. 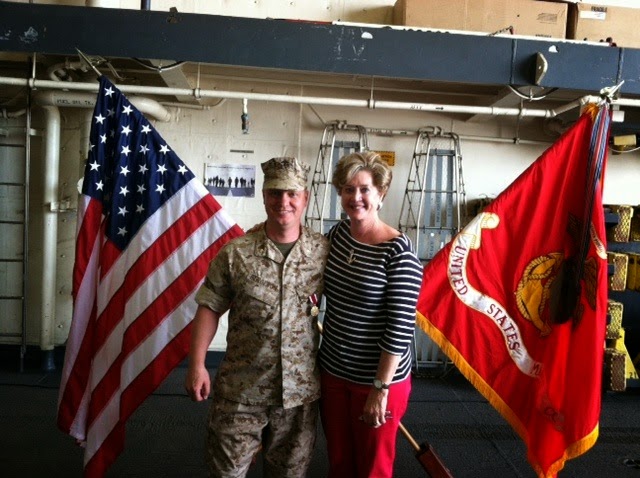 Blessing back to you, Heather and Christopher, your collaboration!   To enter Heather's contest,

1.  Answer her question - what do you think it the secret to healing?